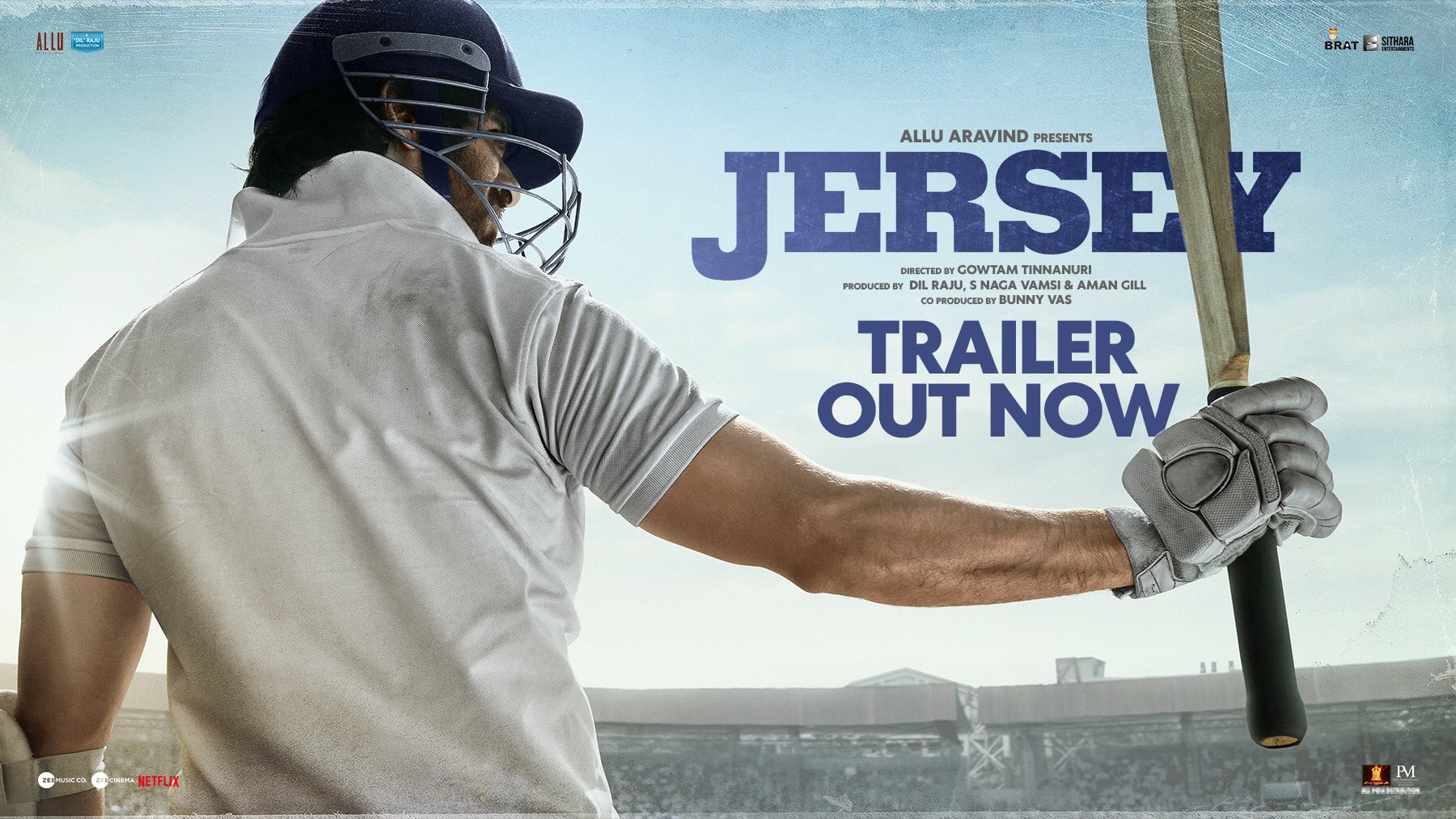 Shahid Kapoor and Mrunal Thakur starrer Jersey is slated to release on 31st December 2021. The movie is a remake of a Telugu film of the same name and it starred Nani and Shraddha Srinath in the lead roles.

On Tuesday (23), the trailer of Jersey was released. Dil Raju Productions, who are producing the film, tweeted the trailer and wrote, “Unleash the power of dreams for the ones you love! Here’s presenting the #JerseyTrailer http://bit.ly/Jersey_Trailer @shahidkapoor @mrunal0801 @gowtam19 #AlluAravind @AlluEnts @DilRajuProdctns @SitharaEnts @theamangill @vamsi84 @brat_films @jerseythefilm.”

In the trailer, Kapoor and Thakur are good, but their performance will be compared to Nani and Srinath’s act. What grabs our attention the most in the trailer is the music; we can’t wait to hear the songs of the film.

Jersey is directed by Gowtam Tinnanuri who had also helmed the Telugu film. The original film had won India’s National Award for Best Feature Film – Telugu, so expectations from the remake are also quite high.