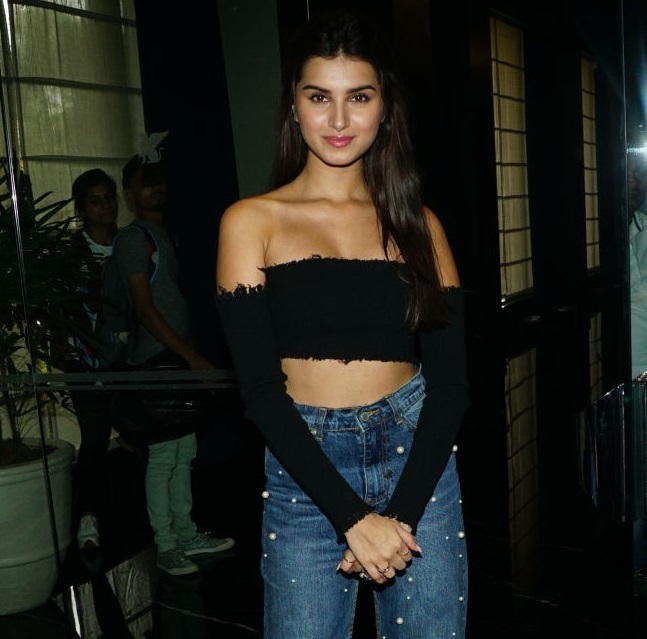 The audience was really looking forward to seeing the fresh pairing of Aditya Roy Kapur and Tara Sutaria in filmmaker Mohit Suri’s Ek Villain 2, which also features John Abraham and Disha Patani on the star cast. But even before the project would mount the shooting floor, Kapur bowed out of the much-publicised film citing creative differences. Soon, news emerged that the Aashiqui 2 (2013) star had bagged an action entertainer as a solo lead.

The latest update on the forthcoming project is that the makers are keen to have Tara Sutaria opposite Aditya Roy Kapur. “Tara has been approached for the Ahmed Khan film opposite Adi. She has liked the story, but she is yet to sign on the dotted line. It all depends on her schedule and the dates that Adi and Ahmed decide to shoot the film on. The film is tentatively titled Om. It is a high-octane actioner and will also have Tara playing a pivotal action-oriented role,” a source tells an online publication.

While we await an official announcement on Sutaria joining the cast of Ahmed Khan’s film, the actress is looking forward to her upcoming projects. Last seen in Marjaavaan (2019), she next stars in Nadiadwala Grandson Entertainment’s Tadap. The film is an official remake of superhit Telugu film RX100 (2018) and marks the silver screen debut of action star Suniel Shetty’s son, Ahan Shetty.

After Tadap, Tara Sutaria will be seen in the Mohit Suri-directed Ek Villain 2, which is a sequel to his 2014 musical hit Ek Villain. She has been paired opposite Arjun Kapoor in the film, after the exit of Aditya Roy Kapur. John Abraham and Disha Patani also play lead characters. To be produced by Ekta Kapoor and Bhushan Kumar under Balaji Motion Pictures and T-Series Films respectively, the sequel is expected to start rolling soon.