Bollywood has churned out a number of interesting biopics over the years, and 2019 is going to be no different. From Manikarnika to The Iron Lady, there are a number of women-centric projects to watch out for in the coming months.

Manikarnika: Starring Kangana Ranaut, Manikarnika: The Queen of Jhansi chronicles the life of Rani Laxmi Bai and her relentless fight against the British East India Company.

The Iron Lady: The Iron Lady stars Nithya Menen as the late Tamil Nadu chief minister J Jayalalithaa. The film would go on the floors on Jayalalithaa’s birthday on February 24.

“The film will chronicle her life right from her days as a young actress to her final days in the hospital. The film will strive to recreate the old studios in Kodambakkam where she shot for her films,” the film’s director, A Priyadhaarshini, was quoted as saying by The Hindu.

“When I first heard it, I wondered how it hadn’t been adapted into a screenplay already. I am happy I got to act in this movie because I really grew a lot with it,” Chadha said in an interview.

Chhapaak: The movie on acid attack survivor Laxmi Agarwal is being directed by Meghna Gulzar and the lead role will be essayed by Deepika Padukone.

Saina: The Saina Nehwal biopic is being helmed by Amol Gupte and it has Shraddha Kapoor in the lead role. Expressing her excitement at being a part of the project, Shraddha tweeted: “Saina Nehwal – The former World number one badminton player. An Indian girl. An inspiration to millions. A youth icon in the truest sense.” 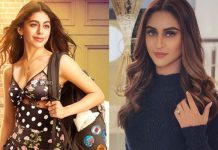