“Kudos to Ram Madhvani for making Dhamaka and giving me the character of Anand Mhata to explore,” says actor Soham Majumdar 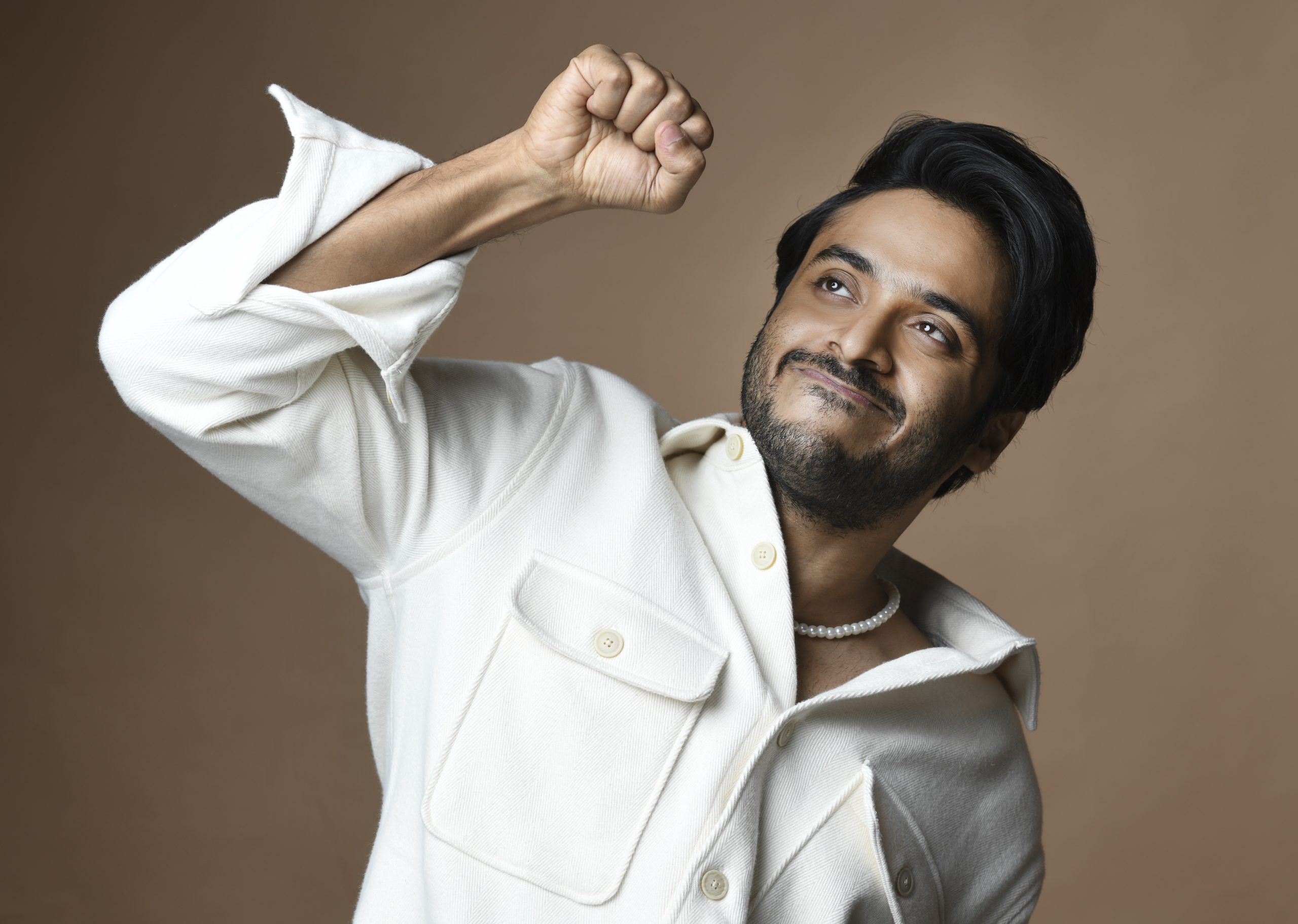 Ram Madhvani’s Dhamaka (2021), which recently premiered on Netflix, received positive response for its gripping storyline, sterling performances, and deft direction. Actor Soham Majumdar, who shot to fame with Kabir Singh (2019), plays the antagonist in this action thriller film. He is happy that audiences have liked his performance despite his being a not-so-conventional role.

In a candid conversation with Eastern Eye, Majumdar spoke at length about the kind of response he has been getting for his performance in Dhamaka, his experience of working with Madhvani, the film skipping theatrical release for a digital premiere, and much more. Read on…

Your film Dhamaka has received overwhelming response from critics and audiences alike. What kind of response have you been receiving for your performance?

First of all, I would like to thank you for doing this with me. I mean, thank you for allowing me to tell my story. The response has been amazing, overwhelming, actually. Of course, it is the main antagonist part but it was just through my voice. So, you know, people tend to sometimes overlook these roles because there is so much at bay and so much happening. Thankfully, that did not happen in this case and I am getting my due, I hope. So, yeah, that’s all that I can say. But kudos to Ram Madhvani for making this film and giving me this character to explore it.

Ram Madhvani’s process of directing is really different. How was it to work with him and understand his process?

Actually, if you ask me, it is the easiest for actors – his process – because he lets the actors fly. He is not the director who believes in saying ‘action’ and ‘cut’. He is the director who believes in making it all live. Like everything is happening live. He is not bothered about the close-ups and all of that. So, yeah, his process is entirely different from other filmmakers. Even a set, like even a chair which is a part of the set, is not moved to take a shot because that chair also has an emotional life of its own and he lets life happen. That’s the thing that he keeps saying that let life happen and then we can see what we capture out of it. So that was the most exciting bit. Our job as actors was just to come prepared because he is a sort of a director who does not divide scripts into scenes. He is a sort of a director who designs and devices the script into chapters. And those chapters were like ten to fifteen pages long and he used to go for a roll for those ten to fifteen pages altogether without any cut in between. So, you know, you have to be amply prepared. But as a process, it is very invigorating, very exciting and I could not have asked for more. If the universe conspires, it would love to work with him again.

This is a very unconventional role. Were you apprehensive about doing it initially?

Not at all. It’s actually the other way round because I was a part of this film called Kabir Singh (2019) where I play the friend’s part. Although I love Shiva, the character that I play in Kabir Singh, I did not wish to get under the bracket of only doing the friends’ role. You know how representation also plays a very important key there. So that representation had to be a little different every time or, at least, I will try to make it different every time. So that’s why I felt that this was quite an exciting thing to be a part of because it is entirely different from what people had seen me in. And I was equally very excited to work with Ram sir because I am a huge fan of his work. I have seen Neerja (2016). I have been a huge fan of his work, so I was just waiting for this collaboration. In fact, Ram sir was one of the directors who messaged me post Kabir Singh. Back then, I had met him but he could not really find a suitable way to work with each other because he is not the kind of director who makes three to four films a year. He makes one project, like then another project till the time is right. That wait was necessary but it came at the right time.

Were you disappointed that Dhamaka did not get a theatrical release and that it was released on a streaming platform?

It’s quite the contrary actually. Theatres have a charm of their own and I will always be a lover of theatrical cinema. A 70mm screen cannot be replaced in your life. But having said that, these past two years, we really need to congratulate and clap for Netflix and all the other platforms that kept us people entertained in some way or the other. You know, my father suddenly got introduced to many new forms of cinema and otherwise. These things wouldn’t have happened if he was just going to the theatre to watch a film. He saw many new actors, he got excited about many new actors. Now, imagine a very hardcore Amitabh Bachchan fan suddenly watching a Vikrant Massey movie, that is a revolution in itself. So kudos to them to create these platforms for new stories to be told and. I am not at all disappointed and having said that, Netflix does a fine job in promoting and making people aware of their films. So right now, I feel our film has released in over 190 countries. In that sense, we have got a huge global audience. So, we could not have asked for more.

It’s always said that when a film works, it benefits everyone involved with that project. How did the success of Kabir Singh help you as an actor?

First of all, Kabir Singh was my second film as before that I had only done one Bengali film. In Kabir Singh, I was involved for around 60 plus days in the 72 days of shooting that the film had and I got to learn everything about filmmaking through that process because Sandeep sir is a very passionate director who really pushes his actors to get the best out of them. So yeah, I learned so much not only from Sandeep sir but Shahid Kapoor, from all the other co-actors as well. I keep learning from Shahid Kapoor every now and then. Now that his Jersey trailer has released, I keep telling him that it’s so great that I learn from you every time I watch you. Whether it’s on a cell phone, whether it’s on a tablet, or whether it’s on the screen. He is just amazing. So, it helped me in that way. Other than that, he has brought me somewhere on the map of things where people started taking notice. But having said that, Bombay, or let me put it this way, that the Hindi film industry has a very fair system of working in some ways where there are auditions taking place for everything right now. It’s a very fair process, I say. It’s not like if I fit Rahul, I will fit Siddharth as well. They test me for Rahul and if I do that part also, it’s not that I will get Siddharth automatically. I will have to test for that Siddharth as well, separately. I feel that’s a very fair process of judging an actor’s capability because it’s not just how good an actor is, it’s also about whether he or she fits that part or not that. So that’s why I feel that a screen test or an audition is a very fair process. It’s a very democratic process and post Kabir Singh, what has happened is that those auditions have been screened. I have been getting good auditions and good parts to choose from.

You have made your place on your own, without any showbiz connections. Tell me something about your background.

So, basically, it was back in school when I did a play. My English teacher had sort of forced me into doing that play. This happened in Kolkata when I was studying at Don Bosco School. It was probably for Labour’s Day function on 1st May. In one of those programmes, I was asked to play a part where I suddenly discovered a very new side to me. Because in my school, I was more known for music. Like I used to sing songs for the school band and all of that. For the first time, I discovered stage in a very different way and that did not stop. Post-school, I started my own theatre group. We travelled to different places. I still remember that it was in June 2014 when I stepped onto the stage of Prithvi Theatre for the first time. So, when I stepped onto the stage, I was like, ‘this is it. I cannot be anything else.’

You were also doing engineering at that time, right?

Actually, simultaneously, I was also doing my engineering degree right after college. I graduated, I finished my course but, see, I knew it for a fact that I wouldn’t be pursuing something related to engineering and pursuing something completely different. But yes, then it happened by chance. It was not like I planned to. Because I was doing theatre and I was happy with doing it. In fact, if you consider where the experience of voice acting came from, I had done a lot of audio plays as well for a radio channel in Kolkata. It was not exactly in my college; it was like I started my theatre group and after a few years, we also got an opportunity to be a part of a radio channel by doing radio plays for them. My college was almost over, I was in my last year or something of that sort. But I had done a lot of audio plays so that’s why I could maybe use that experience for Anand Mhata as well, you know, the character that I play in Dhamaka. So, the films that have happened to me were completely by chance because I did not come to Bombay to act in some films or something like that. I had come to Bombay to act in a musical, the auditions of which had happened in Kolkata itself, and I was called here to be a part of that musical. It’s called Aladdin. That’s the reason why I came to Bombay. And I was supposed to fly back again in May to Kolkata because the first season of that show would have ended by then. Somehow Kabir Singh technically was my first audition in Bombay and God was kind and the universe conspired and that’s how I got the film.