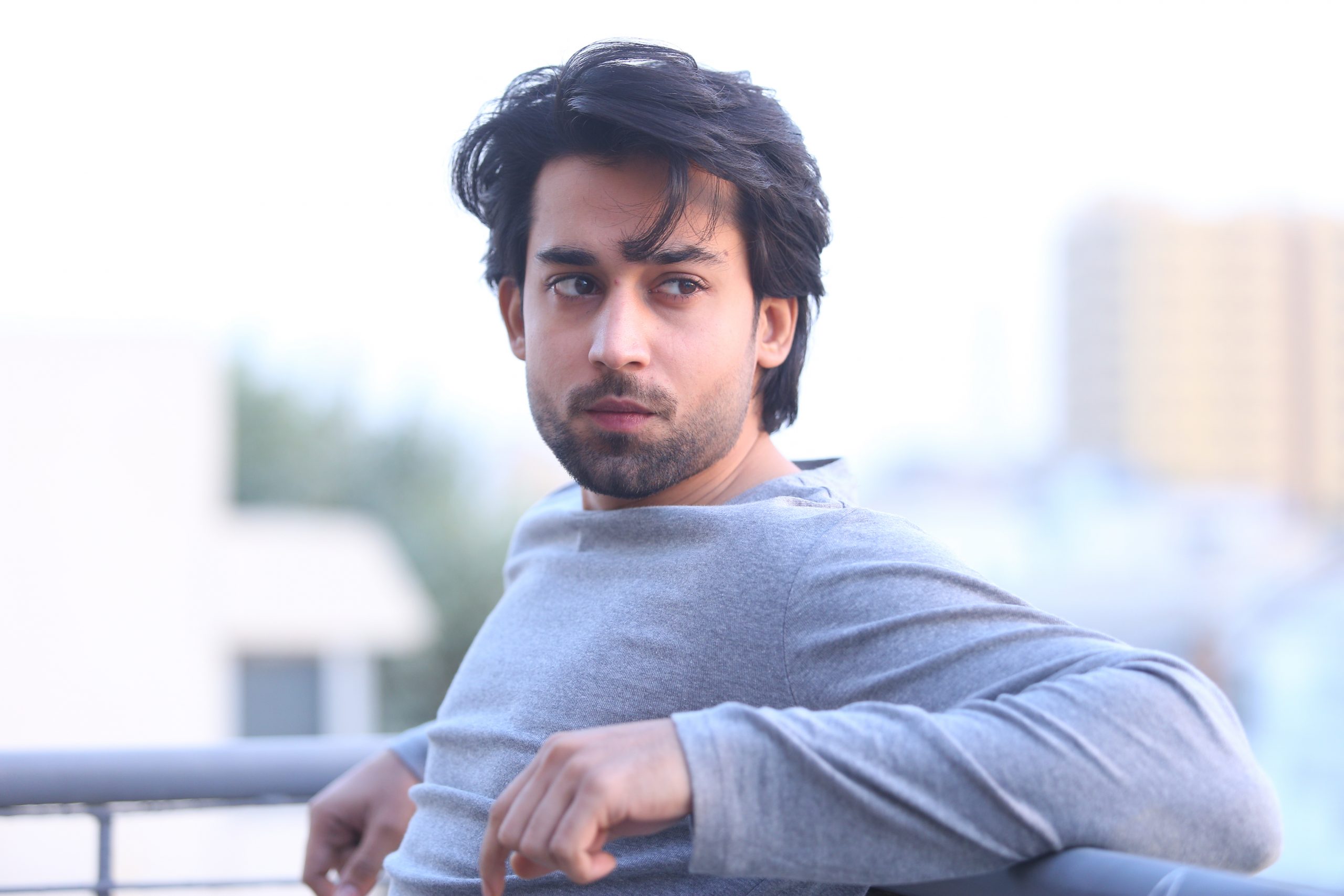 YOUNG actor Bilal Abbas Khan has made an incredible impact in a very short space of time and gained the attention of many millions around the world.

In just four years, the 27-year-old Pakistani star has delivered winning performances in a wide array of projects, which includes one of 2020’s top rated dramas Ek Jhoothi Love Story. Other big successes in his fast-moving career have included globally acclaimed drama serials O Rangreza, Pyar Ke Sadqay, Balaa and Cheekh, which was described as a modern-day masterpiece.

He was recently listed as the highest placed male Pakistani star in a first-of-its-kind top 50 global Asian stars list and made it into the 30 under 30 top global Asian stars. The trained actor’s rapidly growing fan base includes over two million Instagram followers. With more major projects on the way, including his latest drama serial Dunk and forthcoming film Khel Khel Mein opposite Sajal Ali, the Pakistani star will continue to shine.

Eastern Eye caught up with Bilal Abbas Khan to discuss his remarkable rise, passions away from work and future hopes.

What first connected you to acting?
My first connection with acting came through watching movies. I have always loved watching films and saw a lot of them. (Laughs) I have watched one too many in my days! Whether it was Bollywood, South Indian cinema, Hollywood or international releases from other countries, watching movies is the reason why I am an actor today.

How do you look back on your acting journey?
I am just at the beginning, but looking back, it has been quite a journey. I am glad for the decisions I took and mistakes I might have made. I think everything I did contributed to me being where I am today, and I am very grateful for it. God has been extremely kind, and I couldn’t have asked for anything more.

You have had a remarkable rise and achieved a lot in a short time. Did you ever imagine being successful, so quickly?
I don’t think I ever looked at it that way. I am just doing what I love, following my passion, and trying my best to put myself out there through my craft. I am not in any race and just working hard to get better with each project – it’s really too early to think of myself as a successful actor.

Which among your roles is closest to your heart?
That’s very difficult to choose because I have been fortunate enough to be given some great roles, which I have thoroughly enjoyed. When you’re playing a character and essentially living as that person for months, you end up growing attached to it along the way. So, all my characters are somewhat close to my heart.

Which of your characters challenged you the most?
I think the character that challenged me most was Wajih from Cheekh. Playing that role was quite a challenge and required a lot of mental work on my part because he was such a multi-dimensional character.

How much did the success of Ek Jhoothi Love Story mean, which was broadcast on a non-Pakistani network?
We collectively worked hard on every project, so it means a lot, of course, when that is appreciated by audiences. I am happy to be able to do what I love, and am glad people liked it. It was really an honour to be representing the best of Pakistani content on a prestigious platform like ZEE5 and working with Mehreen Jabbar was the cherry on top.

Tell us something about your latest drama series Dunk?
Dunk, of course, has a very gripping story and a lot of mystery. My character is a very realistic one. Haider is an honest guy who stands with the truth and fights for what is right. It was also a pleasure to reunite with the Balaa and Cheekh team, and it is always a delight to work with Badar Mehmood. I hope we have managed to convey the message we wanted to. I hope the audience can wait and see how this mystery turns out to be, because it will definitely be a roller-coaster ride.

How does this compare to other serials you have done?
I make a conscious effort to pick roles that challenge me, where I can explore the inner, hidden actor within me. I always make sure before signing that the character is different than the previous one. So, this character excited me and that is why I went for it. The serial is an inimitable story, which is well projected and written, and that made me go for it. You are a very versatile actor.

Does your approach change between film, TV and web series?
Ek Jhoothi Love Story was my first experience working in a web series space, and I have to say that there are things about television dramas and web series that are different – because you are catering to different audiences. So yes, I had to change my approach too. I don’t think I have a preference between the two – they are both completely different mediums. With web series, I got to explore my craft from a different angle and learned a lot, so I am grateful for that. Film is a totally different format for storytelling and expressing oneself. But for me, it’s the character I am playing and story we have to tell that matter.

You are massively in demand, but what is the acting master plan going forward?
I don’t really have a master plan for acting, right now. I am just doing what I love and hope I get to do that in the future too. Like I said, I just want to carry on working hard, challenging myself and improving as an actor with each project.

What would be your dream role?
That’s a difficult question to answer. In the past few years, I have gotten to play many diverse characters and love to keep challenging myself. Instead of wishing for one specific role, I am remaining open to all characters, maybe dabble with some younger roles, some action, thriller and some romance. Let’s see what comes my way.

Are you able to see yourself working in the West?
As an actor, I am open to all challenges and possibilities  without boundaries. So maybe one day, who knows, I may work in the West, but it isn’t something I am actively thinking about, right now – I’m just going with the flow.

You play diverse roles, but which genre do you most enjoy as an actor?
There’s not any particular genre I prefer or enjoy more. I feel maybe because there is still a long way to go for me as an entertainer. I feel every genre has its own unique charm. If the story is well-written and the character is good, then I enjoy performing it every time.

What are some of your big passions away from work?
My passion away from acting is playing video games, working out and binge-watching great movies and shows online. It’s a publicly known fact that I am a private person, and when I am not working, I really enjoy the down time.

Is there anything specific you enjoy watching as an audience member?
I love watching movies and web series, be it Hollywood or Bollywood. I don’t limit myself to one particular genre or industry. There is a lot of great content out there, and I am hoping to add to that with my work.

You seem to be making all the right moves right now, but who do you go to for advice?
My family has been a great support for me, rest, I have some friends and team who work with me. At times, I feel I am just lucky and someone up there is watching out for me, and landing me these amazing projects.

If you could master something new, what would it be?
Like many, there is a lot of things I would love to master, if given the chance, including skills that will help me with my craft as an actor such as dancing, fighting and stamina building. I want to be able to pull off these things if ever the opportunity comes and maybe even learn a language or two, if the chance comes my way.

What inspires you?
Watching movies inspires me a lot. When I see someone performing so well, it is motivating and makes me want to raise my game even more.

Tell us something about you not many people know?
Not many people know that I am an over-thinker. I really get into things at the smallest of details. I am generally a private person, and given the choice, I can really sleep instead of doing anything else.

Finally, tell us why do you love being an actor?
(Thinks) That’s a difficult one! I have always loved performing as far long as I can remember. Being an introvert in everyday life, acting gives me an outlet to express myself, and it has always been my dream. I am living that dream right now and am thankful for it.