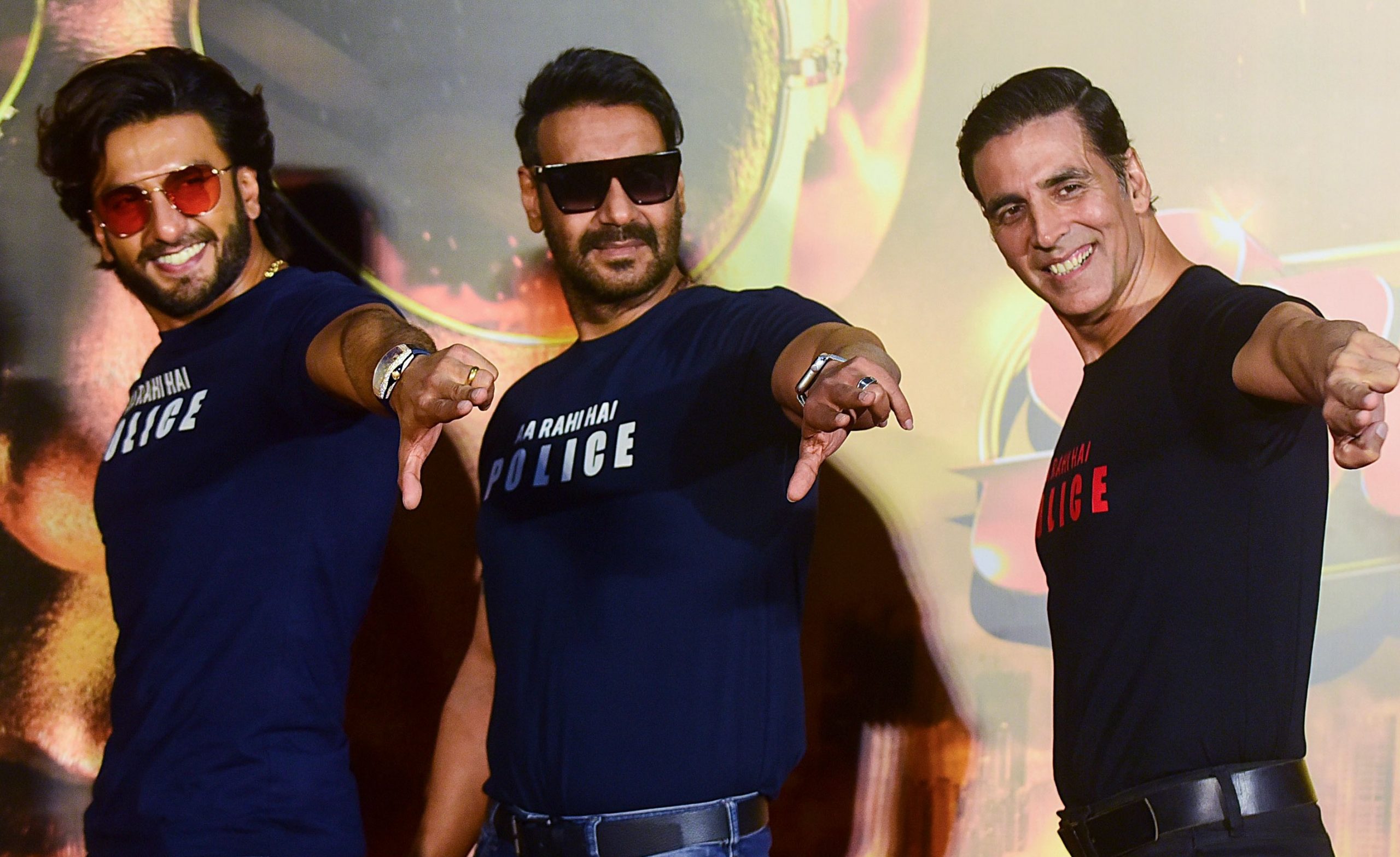 Currently, theatres in India are functioning in a few states. But, cinemas in Maharashtra are shut. On Saturday (25), Chief Minister of Maharashtra, Uddhav Thackeray, announced that the theatres in the state will reopen from 22nd October 2021.

After the announcement, Rohit Shetty quickly revealed that his movie Sooryavanshi starring Akshay Kumar and Katrina Kaif will release on Diwali.

But, on Sunday (26), the release dates of multiple films were announced. So, here’s the list of movies that are all set to release this year and next year.

A few days ago, while talking to us producer Nikkhil Advani had revealed that they are waiting for theatres to reopen 100 percent, and then only they will release Satyameva Jayate 2. Well now, the makers have announced the release date and the movie will release in theatres on 26th November 2021.

Sajid bhai & Milan, Patience is a virtue not many possess. Faith, even less. But to wait out an almost two year pandemic & release a film in theaters on sheer belief is something only true men & believers do. Bless the faith 🙏 @NGEMovies @WardaNadiadwala @milanluthria #Tadap pic.twitter.com/0O1NVKC5Hc

Suniel Shetty’s son Ahan Shetty is all set to make his Bollywood debut with the film Tadap. The movie was slated to release this month, but it will now release on 3rd December 2021. Directed by Milan Luthria, Tadap also stars Tara Sutaria in the lead role.

Abhishek Kapoor’s Chandigarh Kare Aashiqui starring Ayushmann Khurrana and Vaani Kapoor will release in theatres on 10th December 2021. Moviegoers are excited to watch the fresh pairing of Ayushmann and Vaani on the big screen.

Kabir Khan’s 83 starring Ranveer Singh, Deepika Padukone, and others will hit the big screens on 24th December 2021. It is undoubtedly one of the most awaited films of the year.

Jersey.Releasing in theatres on 31st December 2021. This one is the most special yet. Can’t wait to share it with you all. pic.twitter.com/y7t7HJkyGI

We will end the year with Shahid Kapoor and Mrunal Thakur starrer Jersey. The film, which was slated to release on Diwali this year, has been postponed to 31st December 2021.

Aamir Khan and Kareena Kapoor Khan starrer Laal Singh Chaddha was slated to release on Christmas this year. But, it has now been postponed to Valentine’s Day 2022. Directed by Advait Chandan, the movie is a remake of the Hollywood film Forrest Gump.

Ranveer Singh and Shalini Pandey starrer Jayeshbhai Jordaar will be hitting the big screens on 25th February 2022. The first look poster has already created a good buzz and we are sure moviegoers are excited about the film.

Karan Malhotra’s Shamshera starring Ranbir Kapoor, Vaani Kapoor, and Sanjay Dutt will release on 18th March 2022. The movie, which is produced by Aditya Chopra, is a period action drama.

Bhool Bhulaiyaa 2 is undoubtedly one of the most awaited upcoming movies. The Kartik Aaryan, Tabu, and Kiara Advani starrer was slated to release in November this year, but it will now release on 25th March 2022.

Ah, at last the news of cinema theatres opening in October, in Maharashtra, is long-awaited and terrific. As promised earlier, the aviation-thriller drama, produced & directed by me, starring @SrBachchan, @Rakulpreet & Me in the lead, will release on 29th April, 2022.#MayDay pic.twitter.com/bcMHZjdO0C

Mayday has a very interesting star cast. It stars Amitabh Bachchan, Ajay Devgn, and Rakul Preet Singh. The movie is directed by Devgn and it will release on 29th April 2022.

Tiger Shroff made his acting debut with Heropanti. He will now be seen in the sequel to the film titled Heropanti 2. Directed by Ahmed Khan, it also stars Tara Sutaria in the lead role.

In the next one year, Akshay Kumar will be having four releases and one of them will be Aanand L Rai’s Raksha Bandhan. The movie, which also stars Bhumi Pednekar, will release on 11th August 2022.

Well, in the coming days, we can expect the release dates of more films to be announced.