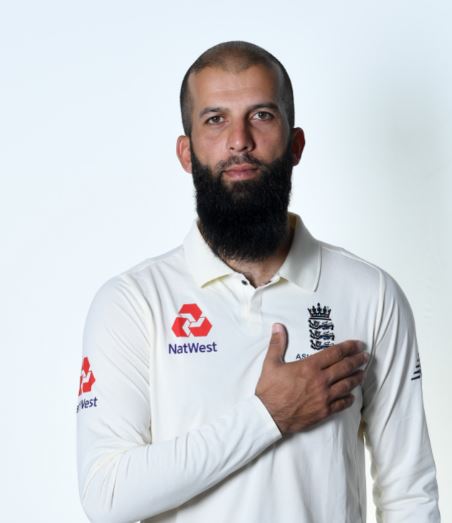 BIRMINGHAM-BORN Moeen Ali once said that cricket can teach a lot about life and staying grounded. If you are under the assumption that you are on top of the world, then a single bad game can bring you down. And Ali knows this only too well. A teenage prodigy, Ali has experienced both the highs and the lows. Hailed as the world’s leading Test wickettaker in the last year, having taken 48 wickets in 10 matches, the 32-year-old has been struggling in recent outings.

He was dropped during the World Cup over concerns about his batting. In August, he was also dropped from England’s Ashes squad for a second Test at Lord’s. Ali always knew cricket was what he was destined to do. He started playing the game when he was nine, and at 11 he knew this is what he wanted to do.

Ali was signed by Warwickshire as a 15-yearold, and in 2006, he captained England in the Under-19 World Cup. It didn’t take him long to break into the English Test team, and the rest, as they say, is history.

While much of his success is due to his extraordinary skill-set, Ali credits his father’s dedication and sacrifice for moulding him into a fine cricketer.

In his autobiography, Ali revealed that his father went to extraordinary lengths to hone Ali’s talent.

“He would drive a taxi all night, come in at six and drive me to a game at nine. He sacrificed his life for my cricket,” said Ali.When Ali’s father Munir was in his 40s he had a secure nursing job. But he gave that up for coaching his son.

“It was clear that he could not be a full-time nurse and help us reach that cricketing peak he wanted us to,” Ali revealed.Munir’s dedication also