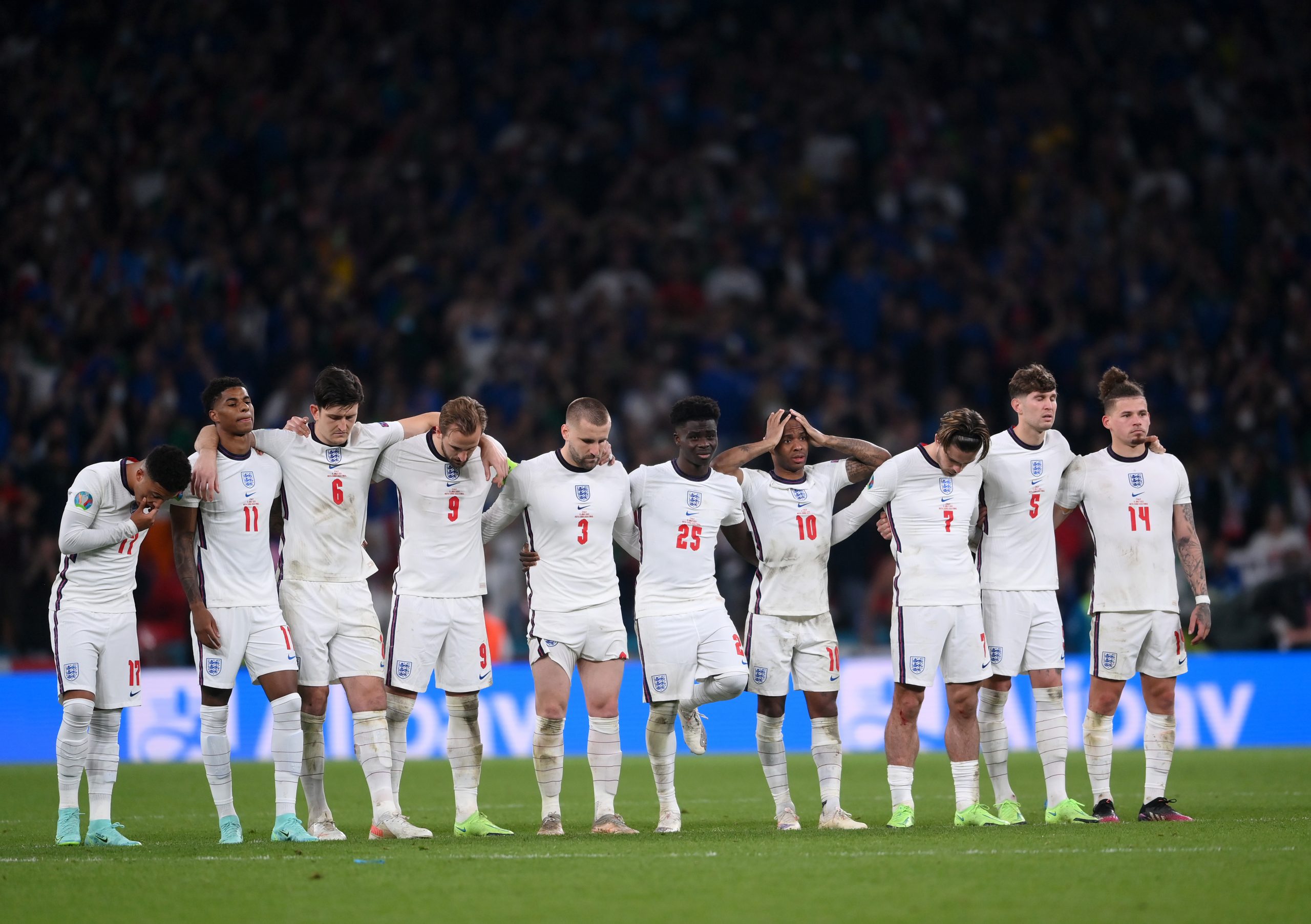 The England team look on during the penalty shoot out during the UEFA Euro 2020 Championship Final between Italy and England at Wembley Stadium. (Photo by Laurence Griffiths/Getty Images)
Follow Us

As England heads towards end of all the Covid restrictions, excitement and confusion is building equally in the air.  Excitement over things returning to normal like pre-pandemic times and confusion over mixed messaging from the government over the use of masks and social distancing.

Here is the quick wrap of highlights of the week:

As the whole world watched and celebrated EURO 2020 spirit in one of the most exciting finals finish on Sunday (11), England showed its ugly racist face as the team’s  three black players, Marcus Rashford, Jadon Sancho and Bukayo Saka, were barraged with horrific racist abuse with their social media accounts being flooded with racial slurs after the team’s defeat.

2. End of an era in photojournalism

World mourned as Pulitzer-winning photojournalist Danish Siddiqui, whose images of burning pyres in Delhi during deadly second wave spotlighted Indian’s state, died in line of duty while reporting from Afghanistan.

South Africa has been burning after looting and destruction rolled across its economic heartland of Gauteng and KwaZulu-Natal as 120 people died and many severely injured.

Daughter of Afghanistan envoy to Pakistan was briefly kidnapped and “severely tortured” on Friday  (16).

First Covid case was reported in Olympic athletes’ village on Saturday (17), raising new doubts over promises of a “safe and secure” Games.

Social media users and fans are divided in opinion as a Sikh character was spotted in a new Pixar movie trailer.

As England set to open on July 19, the government reminded Brits that pandemic is not yet over.