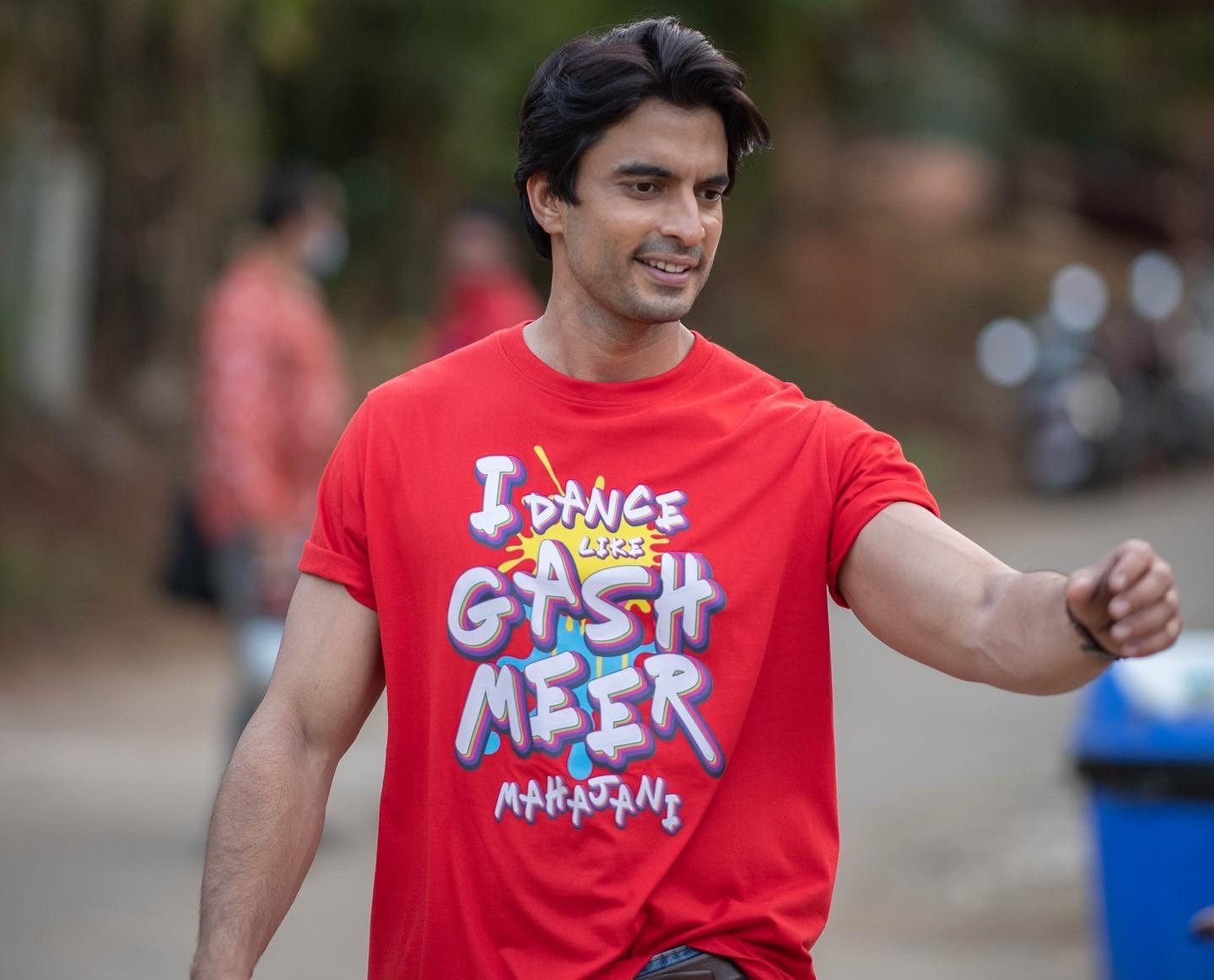 AN EARLY introduction to Guru Dutt’s brand of cinema first connected Gashmeer Mahajani to creativity and inspired him to learn different aspects of filmmaking.

This desire to be a part of cinema in any capacity was consolidated after he read the book Making Movies by Sidney Lumet and that drove him towards a career in acting. After playing a wide array of interesting characters, including a corrupt cop in web series Shrikant Bashir and Chhatrapati Shivaji Maharaj in a historical film, he landed the lead role in hit Star Plus drama serial Imlie, which has been delighting audiences throughout 2021. He plays the male protagonist at the heart of a unique triangle and has received rave reviews for his performance.

Eastern Eye caught up with Gashmeer to discuss his Imlie journey, inspirations, dream role and other passions away from work.

How did you feel landing the lead role in Imlie?
I was relieved! To be very honest, the pandemic exhausted everybody’s finances, and everyone wanted to earn money. When this show came along, I liked the character and they liked me too. Since I was at home for six to seven months, it came as a blessing. And the best part is, the director of the show Atif Khan and I share a brilliant rapport. I don’t feel like I am working on TV, all thanks to Atif. It is because of him, I am enjoying the role and getting to do a lot of things I usually do in films, web shows and theatre. He never restricted me and captures the performance so well. I feel safe that a director like him is sitting behind the monitor.

How much does the success of the show mean to you?
Frankly speaking, it’s easy to say, I only do my job and go home, but if you do something and people appreciate it, you will definitely feel happy. But when I go on set, I don’t go there with a mindset of ‘oh people are loving me’ or the show is soaring high in the ratings. That will make me nervous and then I will think I have to live up to expectations. So, I just go on set thinking about the best I did yesterday and how I can be better today. Be it this profession or any other profession, success does matter and adds to your confidence.

Why do you think audiences have connected with Imlie in a big way?
Because of the realistic performances and the ‘no over-the-top drama’ clause maintained by the writers since the initial days. Every scene is very realistic and due credit for the same goes to the entire team, and the director of our show.

What has the experience of working during a pandemic been like?
I think the way we are working right now might seem slightly different, but this is how it always should have been – maintaining utmost cleanliness, social distancing where possible and taking safety precautions.

The show has crossed 200 episodes. How do you stay motivated?
If I put together all the number of hours, then I would have already shot for more than 20 films in that duration and doing the same role, so remaining motivated is a big challenge. I do get restless at times thinking I have to find something, but luckily, the plot has plenty of twists and turns, which take me through different journeys. (Smiles) Counting the amount of money deposited in the bank is motivating. On a more serious note, the satisfaction of performing well and having worked hard helps me sleep soundly and that’s motivation enough.

Do you have a dream role?
There are many roles I want to do. I want to play another historical central character in a film. Immediately, the idea is to make the role I am doing right now a dream role and make it a benchmark for others. So, adding your own personality, characteristic and sweet touch makes a role unique, which helps it become a dream role for others. Making that happen is a mission. Put in that much hard work and conviction, and make it everybody else’s dream!

What do you enjoy watching as an audience member?
As an audience member, I love to watch thrillers and horror films. Unfortunately, I feel in India we haven’t made a successful, intelligent, horror movie. So, it would be my dream as an audience also to make a movie in that genre, which is on par with Hollywood or anywhere in the world.

What are your other passions away from work?
I like to read. I love watching movies. I love spending time with my family, my mother, wife and son. I work out in the gym, but that is not my hobby and more of a necessity as a professional.

What inspires you?
My kid inspires me. Whenever I see Vyom, I speak to him and try spending time with him. He has inspired me since his birth! When you’ve seen a new life you have created, you start realising the shortcomings and flaws you have. You start becoming a better person for that new life who has taken birth. You feel the responsibility to bring up the new life and nurture the kid in a better way.

Why do you love being an actor?
I love being an actor because I am able to do things which normally in my life, I wouldn’t have been able to. For example, fight goons and get hit by people, yet still stand tall. Love two women at the same time in the show. Normally, I wouldn’t be able to do these things off-screen. As an actor you can fulfil all your dreams and fantasies on celluloid. You get to do those things which you can’t do or are scared to do. You can live those moments and that is the most magical thing about acting.