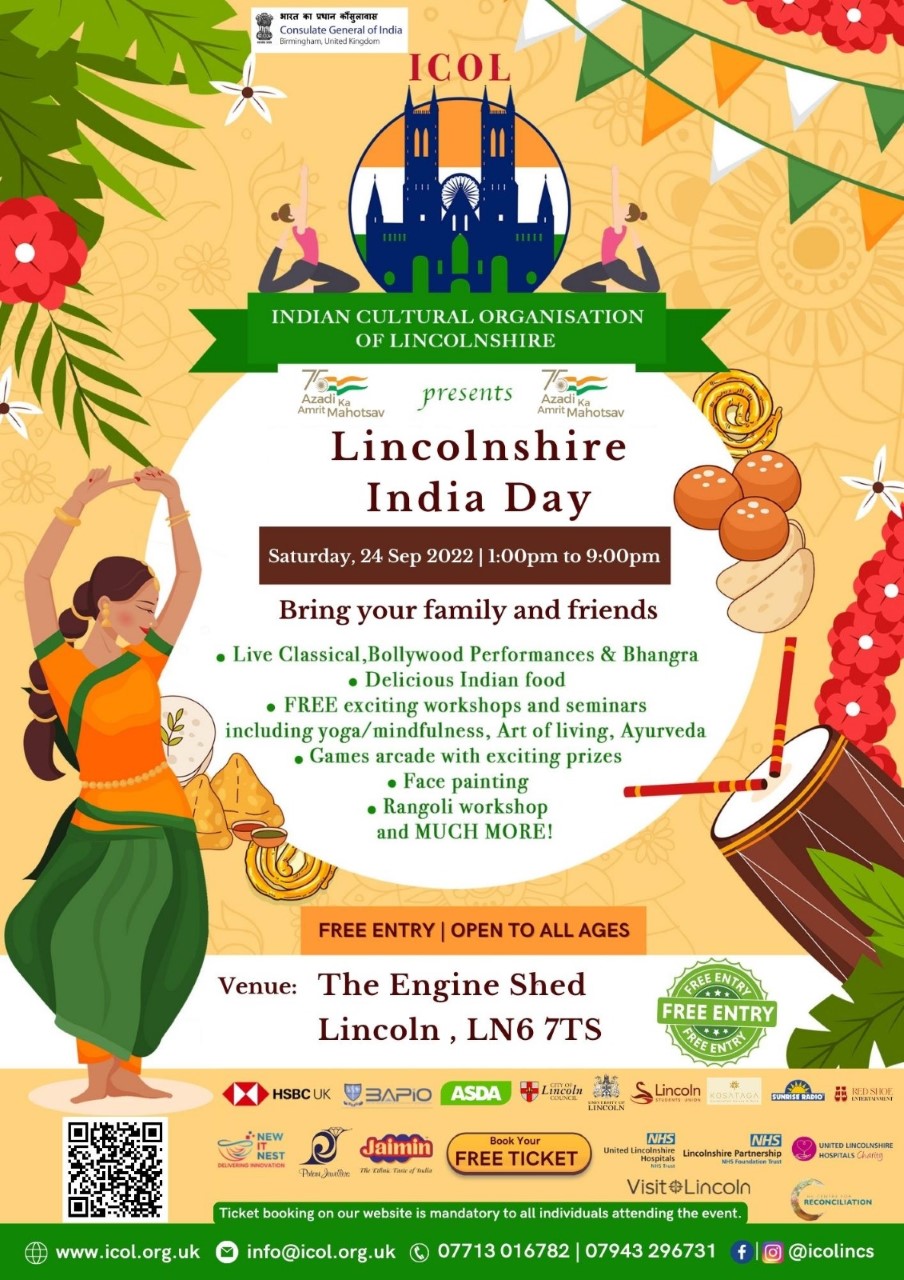 Lincolnshire India Day
When: Saturday September 24
Where: The Engine Shed, Lincoln, LN67TS
What: Free event by the Indian Cultural Organisation of Lincolnshire, which will present a day of live classical, Bollywood, and Bhangra performances, along with offering delicious Indian food. There will be free and exciting workshops and seminars, including on yoga, mindfulness, Art of Living, and Ayurveda, a games arcade, face painting booth and a rangoli workshop.
https://www.icol.org.uk/

RUPI KAUR
When: Monday September 26
Where: Albert Hall, 27 Peter Street, Manchester, M2 5QR
What: The acclaimed poet concludes her UK tour with a performance of unpublished pieces and greatest hits from her iconic books. She leads audiences on a journey of personal loss, love, growth, mental health, community, friendship, and strength.
www.Rupikaur.com 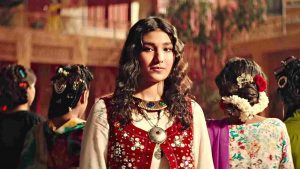 NAZRUL – THE TRAILBLAZER
When: Sunday October 2
Where: Rich Mix, 35-47 Bethnal Green Road, London E1 6LA
What: A concert to celebrate the work of poet and composer Kazi Nazrul Islam, through Indian classical music, and his avant-garde songs.
www.richmix.org.uk

JAIVANT PATEL DANCE: DEEPAVALI, THE FESTIVAL OF LIGHT
When: Saturday October 29
Where: Midlands Arts Centre, Cannon Hill Park, Birmingham B12 9QH
What: A family-friendly evening of south Asian dance showcasing everything, from Bollywood and bhangra to Kathak, Bharatanatyam and Dandiya Raas, in celebration of Deepavali
www.macbirmingham.co.uk

THE APOLOGY
When: Until Saturday October 8
Where: Arcola Theatre, 24 Ashwin Street, London E8 3DL
What: Powerful story of three women, including an investigator named Priyanka, campaigning to expose the hidden truth of comfort women of the Second World War and the subsequent political cover-up.
www.arcolatheatre.com 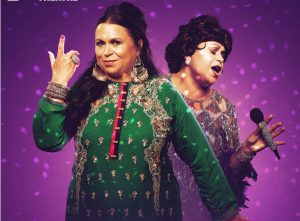 GLITTERBALL
When: Tuesday September 27 – Saturday October 8
Where: Riverside Studios, 101 Queen Caroline Street, London W6 9BN
What: The new play from acclaimed British Asian theatre company Rifco is a musical comedy revolving around a divorced middle-aged woman navigating rocky friendships, who is trying to make sense of a past – where she was brought up as one half of a Shirley
Bassey tribute act.
www.riversidestudios.co.uk

WORD-PLAY
When: Thursday September 29 – Saturday November 5
Where: Royal Court Theatre, Sloane Square, London SW1W 8AS
What: The new play from writer Rabiah Hussain and director Nimmo Ismail looks at how language seeps into public consciousness and can reverberate with far-reaching consequences.
www.royalcourttheatre.com

FREE BHARATNATYAM CLASSES
When: Wednesday September 28 and Thursday September 29
Where: Gamgee House, 2 Darnley Road, Birmingham B16 8TE
What: The Consulate General of India in Birmingham is organising free and weekly dance classes on its premises. Participants need to register beforehand and will be allocated places on a first come first serve basis.
www.eventbrite.com

FULL DAY SIMPLE INDIAN COOKERY COURSE
When: Saturday October 15
Where: Hounslow, London
What: A trip to the local Indian shop to learn about ingredients will be followed by a practical hands-on cooking course learning how to make a variety of Indian dishes, along with learning how to use spices to add a depth of flavour. Check website for further cooking courses.
www.cookingwithmonisha.com