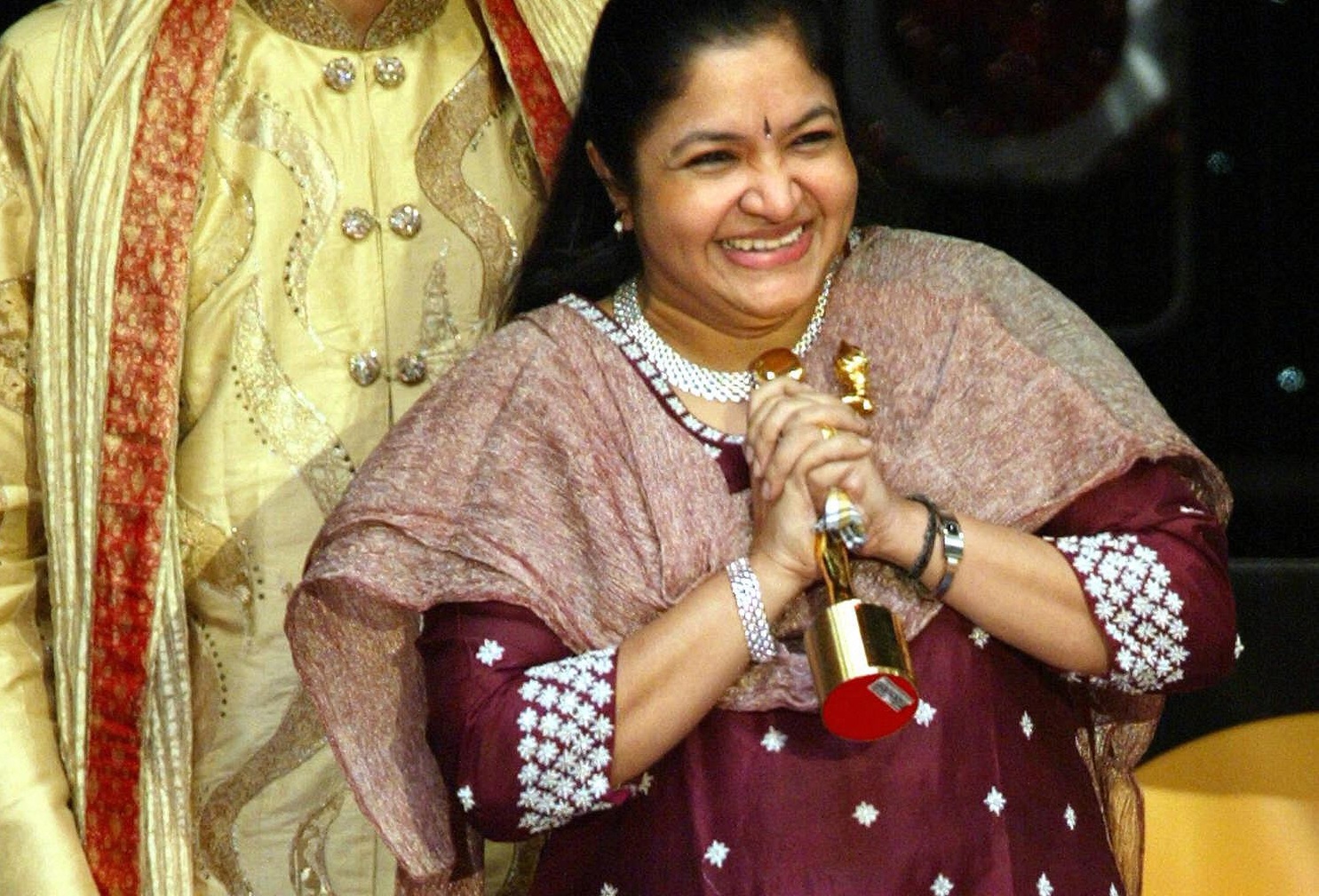 Chitra (Photo credit should read TIMOTHY A. CLARY/AFP via Getty Images)
Follow Us

Chithra needs no introduction. She is one of the best playback singers Indian cinema has ever produced. In a career spanning over four decades, she has given her mellifluous voice to more than 25,000 songs in various Indian languages including Hindi, Tamil, Telugu, Malayalam, Kannada, Bengali, Gujarati, and Punjabi.

The recipient of six National Film Awards, eight Filmfare Awards and 36 different state film awards is celebrating her 58th birthday today. On her special day, we list down the top five evergreen Hindi songs by the legendary singer.

Unquestionably the most popular Hindi song sung by Chitra, ‘Kehna Hi Kya’ features in celebrated filmmaker Mani Ratnam’s acclaimed film Bombay. Set against the backdrop of a wedding, the soulful song is about first love. It is filmed on gorgeous Manisha Koirala and Arvind Swamy, who play an interfaith couple who go to extreme lengths to be together. Composed by AR Rahman, the song was listed in The Guardian’s list of 1,000 Albums to Hear Before You Die.

‘Saathiya Tune Kya Kiya’ is that evergreen song which helped Chithra gain wider recognition in Hindi films. Starring Salman Khan and Revathi in lead roles, Love was not a great box-office success, but the film is remembered even today for the super hit duet between Chithra and SP Balasubramaniam.

Picturised on Kareena Kapoor Khan, ‘Raat Ka Nasha’ is from the 2001 film Asoka. The historical drama on Mauryan emperor Asoka also featured Shah Rukh Khan. The film tanked at the box office, but this song went on to attain cult status. Apart from Chitra’s sensuous voice, what made this song iconic was its captivating choreography.