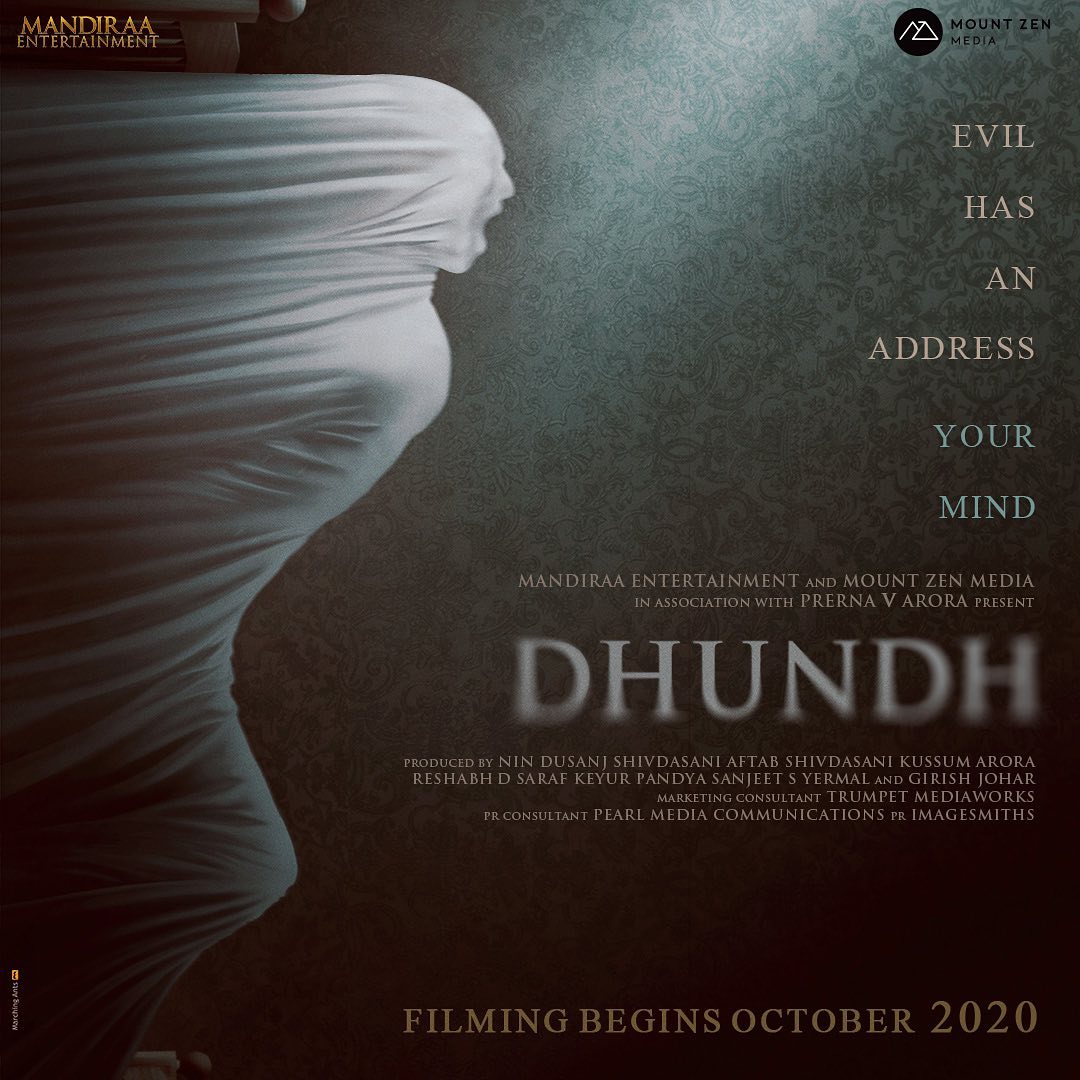 Bollywood actor Aftab Shivdasani, who is known for starring in such successful films as Mast (1999), Kasoor (2001), Masti (2004) and Kyaa Kool Hain Hum (2005), is set to go behind cameras. The actor is turning to film production with an upcoming psychological horror film, titled Dhundh – Evil Has An Address, Your Mind.

Aftab has joined forces with successful producer Prerna V Arora to co-produce Dhundh. The two have recently launched their production houses. Arora’s Mandiraa Entertainment and Shivdasani’s Mount Zen Media will jointly work together on the project.

Talking about the film, Aftab said, “With our new venture Mount Zen Media, we want to develop content that is cutting edge, contemporary, and appealing and associate with people who share the same vision. I really liked Dhundh, when it was narrated to me and I am glad that Prerna shares the same thoughts. Having enthusiastic and hardworking producers like Keyur and Sanjeet, it is going to be an exciting journey with Mandiraa Entertainment.”

Prerna, who returns to the horror genre after her earlier successful venture Pari (2018), said, “We want to pick the best stories and back the right content under Mandiraa Entertainment. It has reflected in the films that we have announced so far. Dhundh is an engaging and nail-biting psychological horror film. I am very glad to associate with Aftab and cannot wait to take this on floors.”

Dhundh is set to mount the shooting floor in the month of October 2020 and release in the first half of 2021. The cast is expected to be announced soon.