Vikrant Massey and Yami Gautam will be seen together for the first time in the movie Ginny Weds Sunny. The film will release on Netflix on 9th October 2020, and recently, we got a chance to interact with both the actors.

We asked Vikrant and Yami that who according to them is a better dancer between the two, to which Vikrant took Yami’s name and vice-versa. Further explaining why he feels Yami is a better dancer, Vikrant stated, “The reason why I say that is because in most of the songs, for example, in LOL, she was wearing like a five-inch heel and performing. I could never do that. It is nearly impossible to carry those costumes, to carry that hair and makeup, to also make sure you get the right shot with those five-inch heels on a carpet that’s not helping you in any case, in fact, it’s making it tougher for you. I think kudos to Yami ji for pulling that off two days in a row.”

Yami added, “How sweet Massey ji! You are somebody who has finally voiced it out. I say this on behalf of all the actresses from past, present, and future, it’s so rare to hear this from your co-actor who appreciates and who really gives that respect and recognition that we do see how you are dancing with that hair, makeup, and footwear.”

The trailer and the songs of Ginny Weds Sunny have impressed one and all. We are sure moviegoers are excited to watch the film. 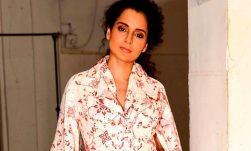 Entertainment
Kangana Ranaut on gaining weight for Thalaivi: It left my back severely damaged 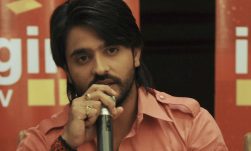 Entertainment
Ashish Sharma on his web series Modi: Today in India we do not have a bigger political story than this 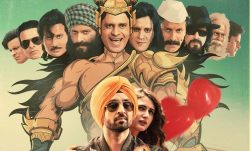 Finances of BAME people suffered more than those of white Britons due to Covid-19, says UK thinktank