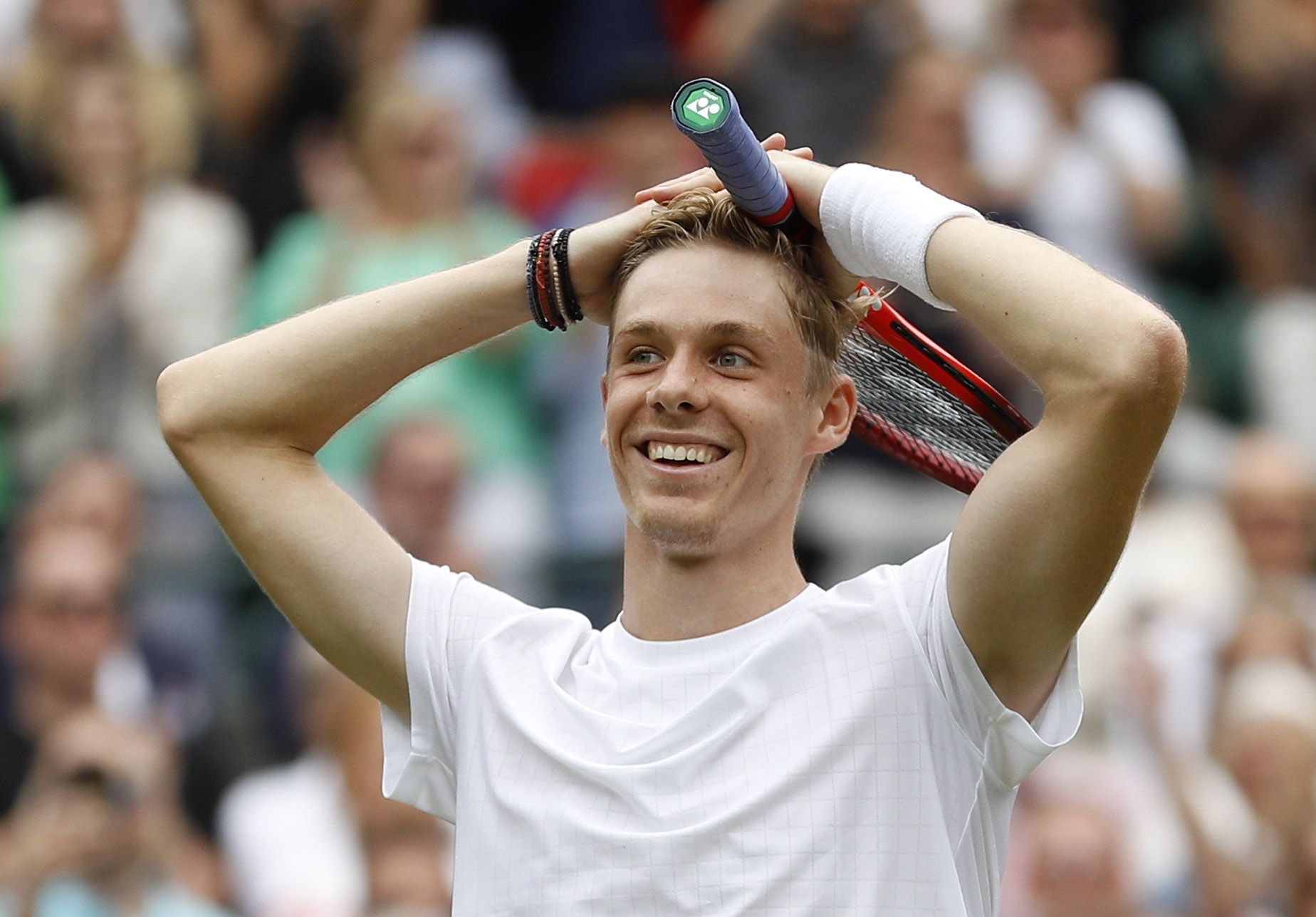 “Obviously he’s the best player in the world but I think anything is possible,” Shapovalov said.

“When you look at the scoreboard first thing it will be 0-0.

“Nothing else matters. It’s a tennis match and it can go either way. I have full belief in myself and my team. Anything is possible.”

The 22-year-old, who is also into his first Grand Slam semifinal, is the first Canadian man to reach the last four at Wimbledon since Milos Raonic in 2016.

A wonderful encounter in which Shapovalov hit 59 winners saw the vibrant Canadian take the first set after breaking Khachanov at 4-4.

The 25-year-old Russian, like Shapovalov appearing in his first Wimbledon quarterfinal, hit back by taking the next two sets.

Whilst he was content to largely stay at the back of the court playing some delightful groundstrokes, especially his backhand, his opponent varied his game more with his drop shots highly effective.

However, it was the Russian who wilted as Shapovalov romped through the fourth to take it into the deciding set.

The decider looked a tight affair but in reality Khachanov was hanging on saving his service on a couple of occasions.

Finally, though, the Russian – who had been involved in a record 13 breaks of serve in the fifth set of Monday’s (5) win over Sebastian Korda – was broken and Shapovalov served out the match with aplomb.

He fell to the ground on securing the last four spot, dusted himself down and led the standing ovation for his gallant Russian opponent as he walked from the court.

“I have to thank you guys,” said Shapovalov addressing the crowd.

“There was so many time I thought Karen (Khachanov) was playing too good but you guys kept me going. Thank you so much.

“It was super tough, especially not converting 0-40 in the fifth set. I told myself play every point as hard as you can in the fifth.

“Luck was a bit on my side but it was also a great week from Karen, we both deserved it today.”

Shapovalov could be joined in the semis by a second Canadian as Felix Auger-Aliassime plays Matteo Berrettini in the match following his on Court One.