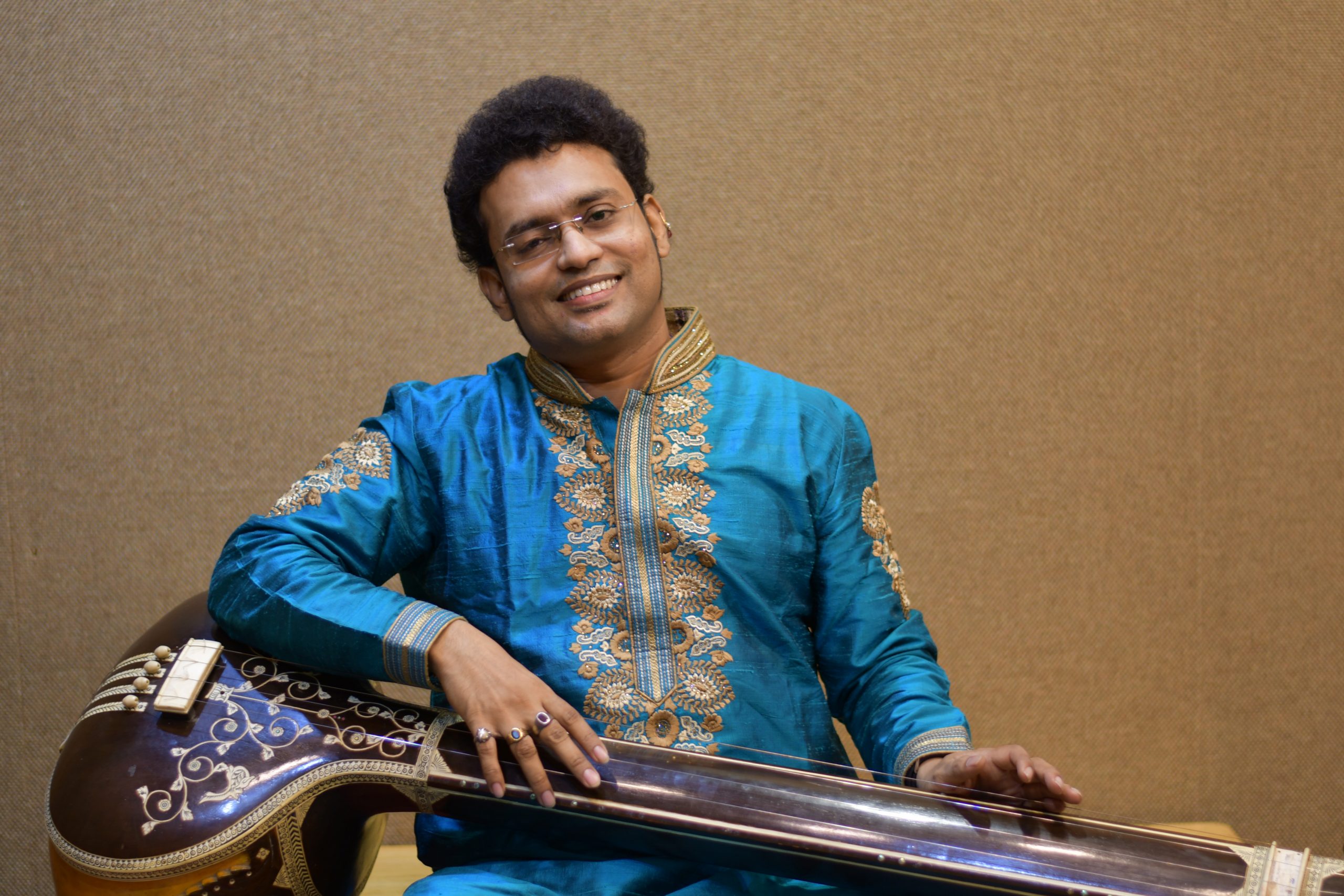 A NEW wave of exciting artists are keeping classical traditions rooted in centuries of history alive in an Indian musical landscape increasingly dominated by commercial genres such as Bollywood, bhangra, pop and western contemporary.

One of these heroic talents is trained singer and composer Dr Atindra Sarvadikar. Having learned his craft under musical masters, the multi-award-winning Mumbai-based maestro has mesmerised audiences with his voice and won wide acclaim for his mastery on stage. His compositions have won the hearts of crossgenerational musical connoisseurs.

What is it that first connected you to classical Indian music?
My mother is a high school music teacher, so from childhood I had opportunities to listen to good music. I started learning Indian classical music from her at the age of five.

How do you look back on your journey?
I was born in Solapur, a small district in southern Maharashtra. Since 2003, I used to travel from there to Mumbai every week to get training from Padmabhushan Dr Prabha Atre. In 2007, I shifted to Mumbai and struggled a lot. I did hours of riyaz. Music gave me economic stability and also inner peace, so I am very satisfied with my journey. My concerts always receive satisfactory responses from my audience, which make my efforts worthy.

Which of your achievements are you most proud of?
In 2016 at the age of 30, I got a Phd in music from the University of Mumbai. It was the first Phd given by the University of Mumbai in a music subject. I received 28 prizes in state and national level competitions during my college time. To be the only male and prime disciple of a legendary artist such as Padmabhushan Dr Prabha Atre is not an easy task. It demands a lifetime of dedication. I mostly sing my original compositions, which is also something I am proud of.

Tell us about your book?
My Marathi book regarding the analytical study of changing trends in Kirana gharana is published along with an audio CD. Its English translation is on its way. One more book, which is in the form of short stories of people who pursue music, is going to be released soon.

How much does performing live mean to you and which one has been the most memorable?
Performing live is everything for me and something I always dreamed about. At the age of 19 or 20 I was invited by the legendary Padmavibhushan Gangubai Hangal at Sawai Gandharv music festival Kundagol, Karnataka. She was in the audience and heard my complete performance and blessed me from her heart after it was over. This was so memorable. Two years ago, I got an opportunity to perform at an award function where my Guruji Dr Prabha Atre was awarded with the Bharatratna Pandit Bhimsen Joshi Award by the Maharashtra government, where Pandit Jasraj was present. He stood and clapped for me after my performance, which was so memorable.

What kind of music do you most enjoy performing live?
Hindustani classical music, khyal and semiclassical, thumri/dadra.

What connects you strongly to classical music?
Its depth and peaceful nature. Classical music is highly creative and gives much scope for originality.

Is it a challenge keeping the classical tradition alive in a world dominated by commercial genres?
Sometimes it’s difficult as no media gives attention to classical music properly. TV and radio often behave like only film music exists. In classical music circuits, it’s difficult for outsiders to establish themselves. There is no encouragement for young and upcoming artists. One has to be self-motivated. These days people get drawn to reality show winners greater than classical music legends, as they can only see reality shows on TV. So yes, it’s a challenge.

What are your future hopes for classical Indian music?
It will be alive and keep giving world peace, spiritual growth and satisfaction.

What can we expect next from you?
I wish to be an original artist with original content. I am a sincere student of our tradition and working hard to try and step ahead on this path.

Who is your own musical hero?
Firstly, my Guru Dr Prabha Atre. Her role as an amazing performer, researcher, composer, teacher and thinker always has enriched our tradition of Indian classical music. Apart from her, I deeply admire the artistry of Kishori Amonkar, Kumar Gandharva and Bhimsenji.

What is the biggest life lesson music has taught you?
Continuous self-refinement, focus and to ignore unworthy attractions that come along on this path.

What inspires you?
Good music, interviews of greats, beauty of nature and observing people. Good poetry inspires me a lot. I always feel like my alaaps should come like good poetry.

Why do you love music?
Music has the power to make you forget yourself. I cannot describe the feeling I get when I produce a beautiful musical phrase or perfectly tuned notes.