Akshay Kumar and Emraan Hashmi to star in Selfiee 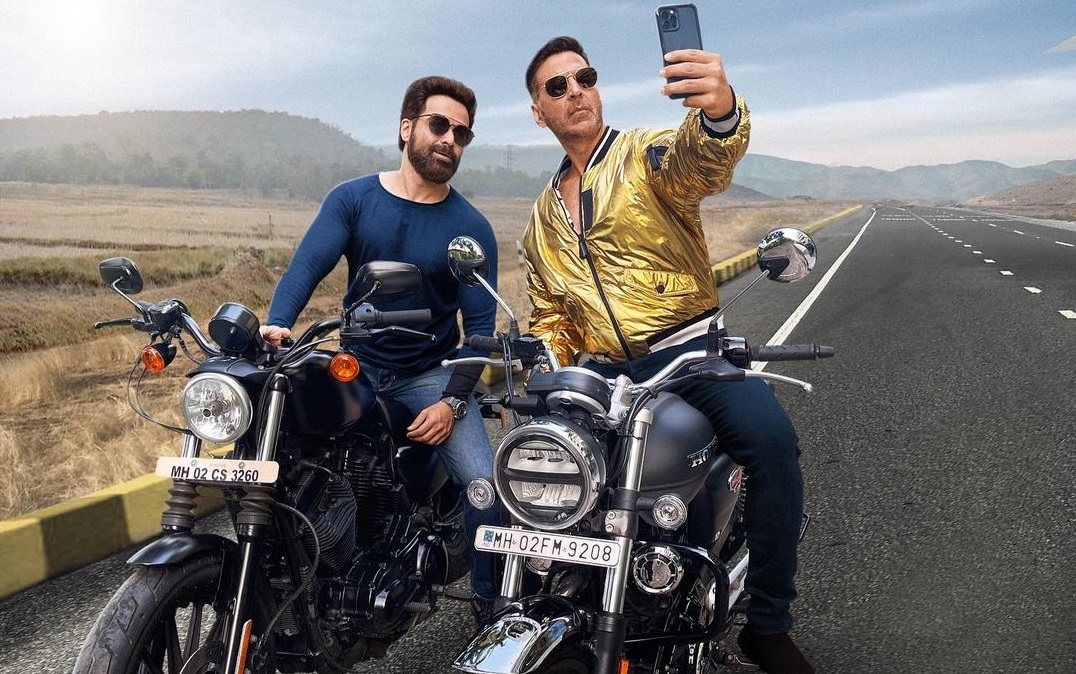 Bollywood superstar Akshay Kumar on Wednesday took to his social media platforms to share a couple of selfies and announce his next film, Selfiee. The upcoming film also stars Emraan Hashmi in the lead role.

Initially teasing his fans and followers, Kumar shared a solo selfie followed by one with Emraan Hashmi. Both actors are seen riding their bikes wearing colourful clothes.

Jointly bankrolled by Dharma Productions, Prithviraj Productions, Magic Frames, and Cape of Good Films, Selfiee is the official remake of the superhit Malayalam-language comedy-drama Driving License (2019), which originally featured Prithviraj Sukumaran and Suraj Venjaramoodu. Sukumaran, along with Magic Frames, is marking his production debut in Bollywood with the remake.

Kumar and Hashmi are set to work together for the first time ever. It will be incredibly exciting to see them create magic celluloid together for the very first time, adding a punch of their own versatility as actors. Selfiee will be directed by Raj Mehta. The film will begin production soon.

Meanwhile, Akshay Kumar has a number of exciting projects in the pipeline. Some of his much-anticipated films include Bachchan Pandey, Ram Setu, Raksha Bandhan, Mission Cinderella, Prithviraj, Gorkha, and OMG 2.

Emraan Hashmi, on the other hand, will be seen in Sanjay Leela Bhansali’s Gangubai Kathiawadi and Yash Raj Films’ Tiger 3 alongside Salman Khan and Katrina Kaif.