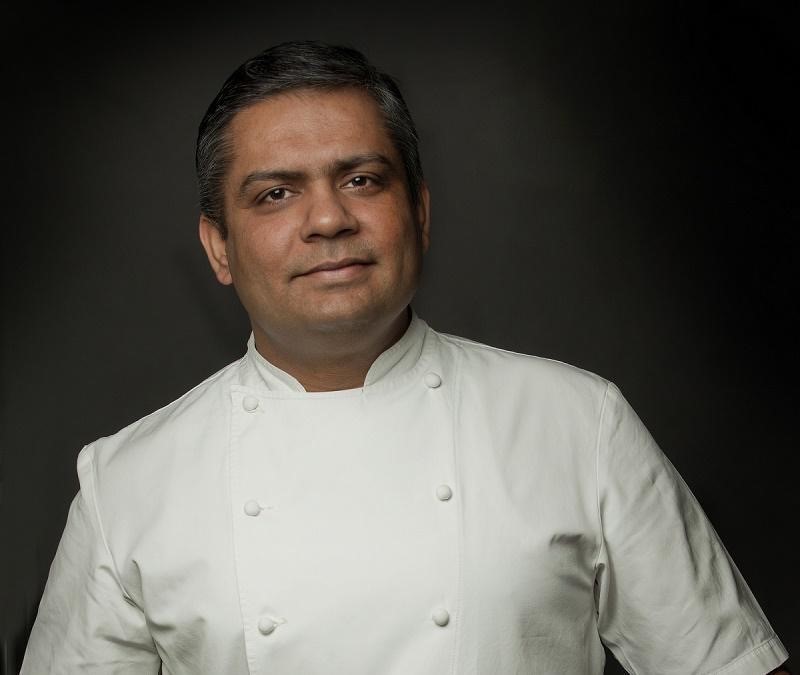 If you don’t live in London, or if you haven’t visited one of his “Cinnamon Collection” restaurants – the Cinnamon Club in Westminster, the Cinnamon Bazaar in Covent Garden, or the Cinnamon Kitchens in the City, Battersea and beyond the capital, in Oxford – you will probably still know and recognise the cheery and good-humoured features of chef maestro Vivek Singh from the BBC’s Saturday Kitchen, where he is a regular guest.

Or perhaps you have seen him on tour, where he is regular and welcome face at food festivals up and down the country, including Taste of London and the BBC Good Food Show. He is possessed with a kind of evangelism for spreading the good news about Indian (and especially Anglo-Indian) food that is reflected in his restaurant empire.

“TV has been phenomenal in really drumming up public interest in food and creating an insatiable appetite for it,” says Vivek. “I’d say especially in the last fifteen years or so, I’ve watched TV go so much beyond just pure entertainment, instead acting as a platform for established and emerging chefs.”

Fifteen years ago is in fact not too far off when Vivek originally hit the London restaurant scene, back in 2001, when he opened his first establishment in Great Smith Street, around the corner from Westminster Abbey. It really was the pioneer of a step-change in the quality and variety of regional South Asian cuisine in London. “I do think the perception of Indian cuisine has changed drastically in the UK in the past 20 years, in that it is viewed much more favourably nowadays,” he says.

His was to be a clientele that would go way beyond seeking the traditional Friday-night curry. At the same time, the appeal of the Cinnamon Club, and its later stable-mates, would also