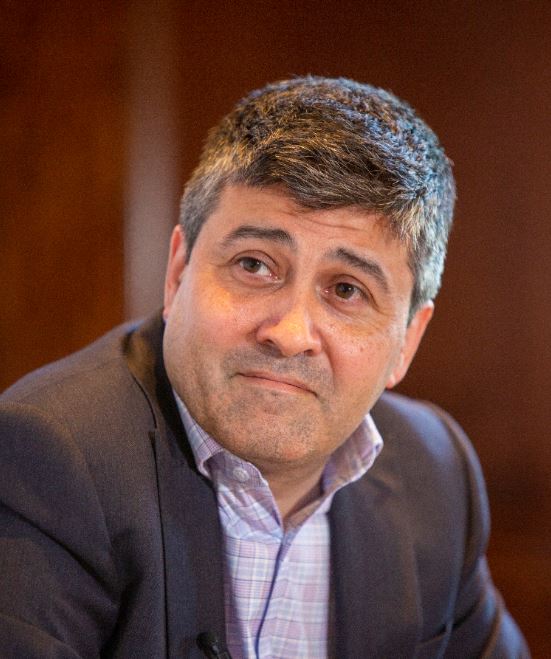 IT has been a big year for Sunder Katwala, the director of thinktank British Future.

Known to engage with the public on their hopes and fears relating to integration and migration, British Future have been at the forefront of several significant debates and reports on the hot topic of recent years – immigration.

Katwala, who founded the independent thinktank in 2011, has been one of the central activists who has helped to push the publics opinion forward on such discussions.

Most notably, the thinktank published the National Conversation on Immigration last autumn. It is thought to be the biggest ever public consultation on immigration in Britain.

Along with anti-prejudice civic society group Hope Not Hate, the organisation travelled across the UK to gather panels of citizens in 60 towns and cities and hear their thoughts.

It was incredibly important for Katwala to engage with the general public on such key subject matters within society, as he claimed many felt their opinions were being ignored.

“I think there is a lot of frustration when people don’t think they have been asked their views,” he mused. “There was a real sense that the conversation was bottled up (so) by travelling 16,000 miles across the country, we were symbolically saying ‘let’s sit down for a couple of hours and hear what you’ve got to say.’ (For many), it was cathartic to be invited to talk about it.

“I think that giving people a voice and asking what we should do about it brings out our better selves.”

More recently, in September, British Future launched a new inquiry set to explore citizenship policy in the UK. It came days after The Home Office announced it would be reviewing the process foreign nationals undergo if they want to become UK citizens.

One of their more high-profile