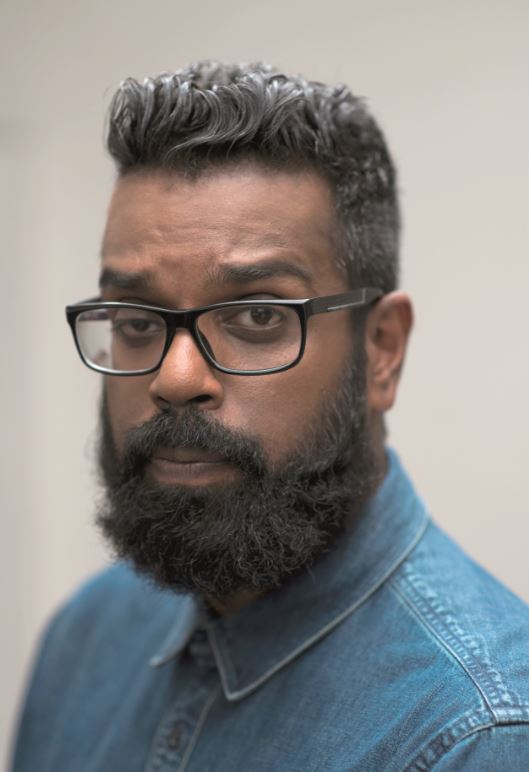 HIS biography Straight Outta Crawley may have the strapline ‘Memoirs of a distinctly average human being’, but the Sri Lankan comedian has already made a huge mark on the British entertainment scene and is also beginning to produce material now.

The i Paper declared that he’s ‘overtaken Jack Whitehall as Britain’s most media ubiquitous comic’ thanks to his deluge of TV shows, a newspaper column in The Guardian, comedy tours, book, award-winning podcast Hip Hop Saved My Life and countless other achievements.

In just seven years, this Sussex-born star has gone from being a secondary school maths teacher (at Hazelwick School in Crawley, the same school where he was a pupil and where he met his wife, fellow teacher Leesa,) to becoming a household name. He’s quite probably also the most famous Sri Lankan vegan in the world, a title he acquired after appearing on The Great British Bake Off: An Extra Slice.

Though his guest and panel appearances on popular shows such as A League of their Own, The Apprentice: Your Fired!, Have I Got News For You and QI drew him a solid fanbase drawn to his original brand of deadpan wit.

This summer saw the launch of Ranganathan’s BBC comedy show Ranganation, where he was joined by members of the public to discuss the week’s news.

One of them tattooed Ranganathan’s face on his leg and to show his appreciation – Ranganathan did the same, and got the man’s face tattooed on his leg. The show also features his mum Shanthi who became a personality in her own right after she accompanied him on a trip to Sri Lanka for TV show Asian Provocateur. More recently the two have been seen on his Dave show Judge Romesh, Ranganathan’s own take on a non-legal version of hit American show Judge Judy,where he uses his no-nonsense