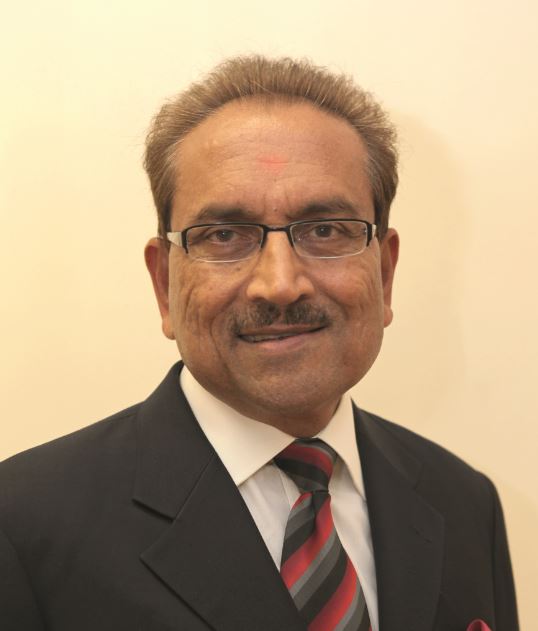 At 67, Jitu Patel is still going strong. Although last year he relinquished his position as chair of trustees at London’s Bochasanwasi Shri Akshar Purushottam Swaminarayan Sanstha (BAPS) Mandir (popularly known as the Neasden temple), he remains a director of almost 30 companies, among them one that owns the “satvic” (purifying) vegetarian Shayona Restaurant right next door.

Before the shimmering temple was built a truck garage more typical of the area stood on the site, and Jitu played a vital role in arranging for almost 5,000 tonnes of Bulgarian limestone and Carrara marble to be shipped to India, where they were hand-carved by 1,500 artisans before the temple’s 26,300 separate pieces were assembled in sight of Wembley Stadium and the North Circular Road. The juxtaposition itself appears almost supernatural.

As the focal point of the UK’s Hindu community, BAPS Neasden typically receives over 50,000 people a day during Diwali celebrations. Many worshippers (as well as many of the Temple’s curious visitors) subsequently hoover over to the Shayona after visiting what was largest Hindu temple outside India when it was built in 1995, and also Europe’s first traditional stone mandir.

One of them was the Daily telegraph’s restaurant critic Matthew Norman. He had just been given a tour of the mandir and was stunned. “Europe’s first traditional Hindu temple is among the wonders of the age,” he marvelled.

He liked the food, too. At first sceptical not just of the absence of meat but also onion and garlic, Norman concluded that, “In all my years of reviewing, I can think of very few outings I enjoyed as much … This was probably the best vegetarian meal of my life.” The Shayona is now recommended by the Michelin Guide.