Twice as nice for twin duo 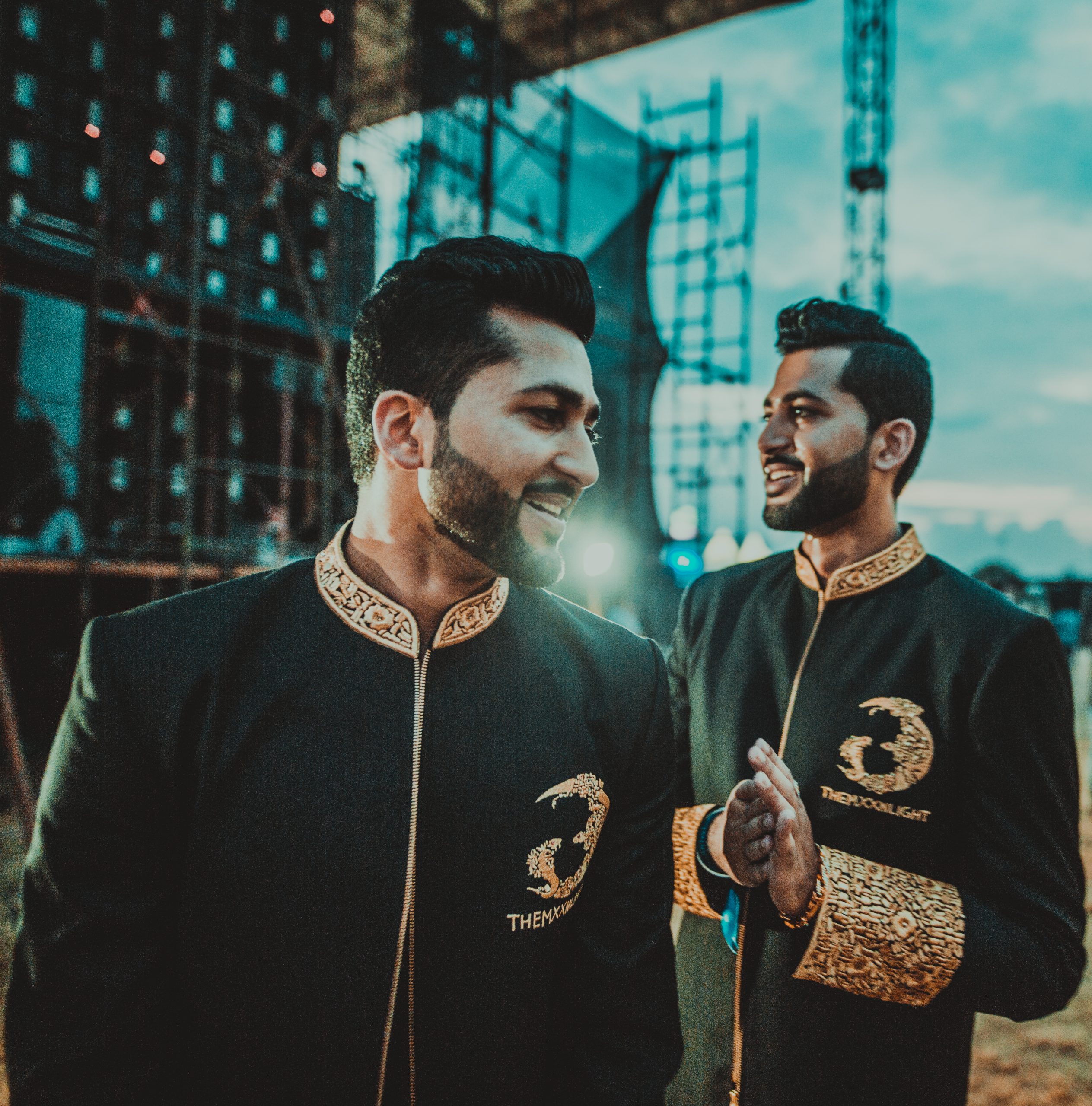 HOW THEMXXNLIGHT TEAMED UP WITH WIZ KHALIFA

ONE of the year’s most interesting collaborations has seen Indo-American duo THEMXXNLIGHT team up with globally famous hip hop superstar Wiz Khalifa and ace music producer Sledgren for the recently released song Naughty or Nice.

The terrifically talented 25-year-old identical twin brothers Akash and Krish Chandani, who make up THEMXXNLIGHT, have continued the impressive momentum generated by their EPs XX, Double Trouble, Mashallah, The Cure, as well as their albums MOOD and LUVKUSH, with their latest song.

It continues a strong working relationship the multi-instrumentalist musicmakers have built with the musical heavyweights in a short space of time, which has previously included being featured on Wiz’s albums Rolling Papers 2 and Fly Times, and performing with him in front of some 50,000 fans during the Sunburn Festival in India.

The new track Naughty or Nice is one of many big collaborations the THEMXXNLIGHT have done and they were happy to discuss it with Eastern Eye. They also spoke about their plans and revealed their personal playlists.

What connected you both to music?
Krish: We both always loved listening to music and playing musical instruments. We would practise for hours with each other learning instruments, and naturally our love for making music grew into an intense passion.

What led you to team up musically with each other?
Akash: We have always played all kinds of sports together and we were in the same classes in school, so it felt natural to join forces in music.

What led you towards finding your unique sound?
Krish: We naturally felt a deep connection with r’n’b. One of the reasons was that there are a lot of similarities between some r’n’b songs and Bollywood music that not many people realise, but we somehow noticed that right away. We also learned a lot from listening to The Weeknd, Chris Brown, Roy Woods, PartyNextDoor and more!

You have produced a lot of big songs in a short space of time, but which one is closest to your heart?
Akash: Naughty or Nice is the track closest to my heart because we have been waiting to get this released for some time now.
Krish: I would agree and say our new song Naughty or Nice, featuring Wiz Khalifa. It’s our first song featuring Wiz after being featured on five of his songs. There is an insane music video to the song too featuring Wiz.

How do you both work when creating new music?
Akash: We have a set way of working, but we adapt to all situations and pride ourselves on being versatile.

What led to the Wiz collaborations and how was the experience of working with him?
Akash: Working non-stop with Sledgren to create hooks led us to eventually collaborate with Wiz. Wiz loved all the hooks we made and has been picking certain tracks to feature on his albums.

Tell us somethng about your latest song with Wiz?
Krish: Naughty or Nice really stands out as an extremely catchy track. The song is energetic yet has a soothing touch to it. We love all the feedback we are getting about the song and music video. We are blessed to have the opportunity of representing the Indian community in the American and global music industries.

Who are you hoping connects with the new track?
Akash: We hope this track connects with college kids who party a lot. It has that trippy Travis Scott vibe, so hopefully, the listeners feel the same way.

What can we expect next from you?
Krish: You can expect hard work, focus, determination and representation of the Indian community on a global scale. We have so much more coming.

Who would you love to collaborate with in future?
Akash: Our dream collab is The Weeknd!
Krish: Yes, our dream collaboration is with The Weeknd! We also want to work with Drake at some point, because we feel that our sounds would mesh very well together.

How do you get around creative differences as a team?
Krish: We always try to keep an open mind and listen to each other’s thoughts. We respect each other’s opinions and constructive criticism. We work through it and stay focused, making sure that the result is the best we could have achieved.

What music dominates your playlist?
Akash: Mostly music in the same genre as the music that we create.
Krish: We love listening to our own music because it feels so surreal to listen back to our own voices, but also, we learn from our previously released songs and are always adapting to the newest trends and making our own styles and trends. Other than that, artists that dominate our playlists are The Weeknd, Bryson Tiller, PND, Roy Woods, Majid Jordan and more.

What inspires you both musically?
Akash: We are inspired by witnessing the success stories of our idols such as The Weeknd.