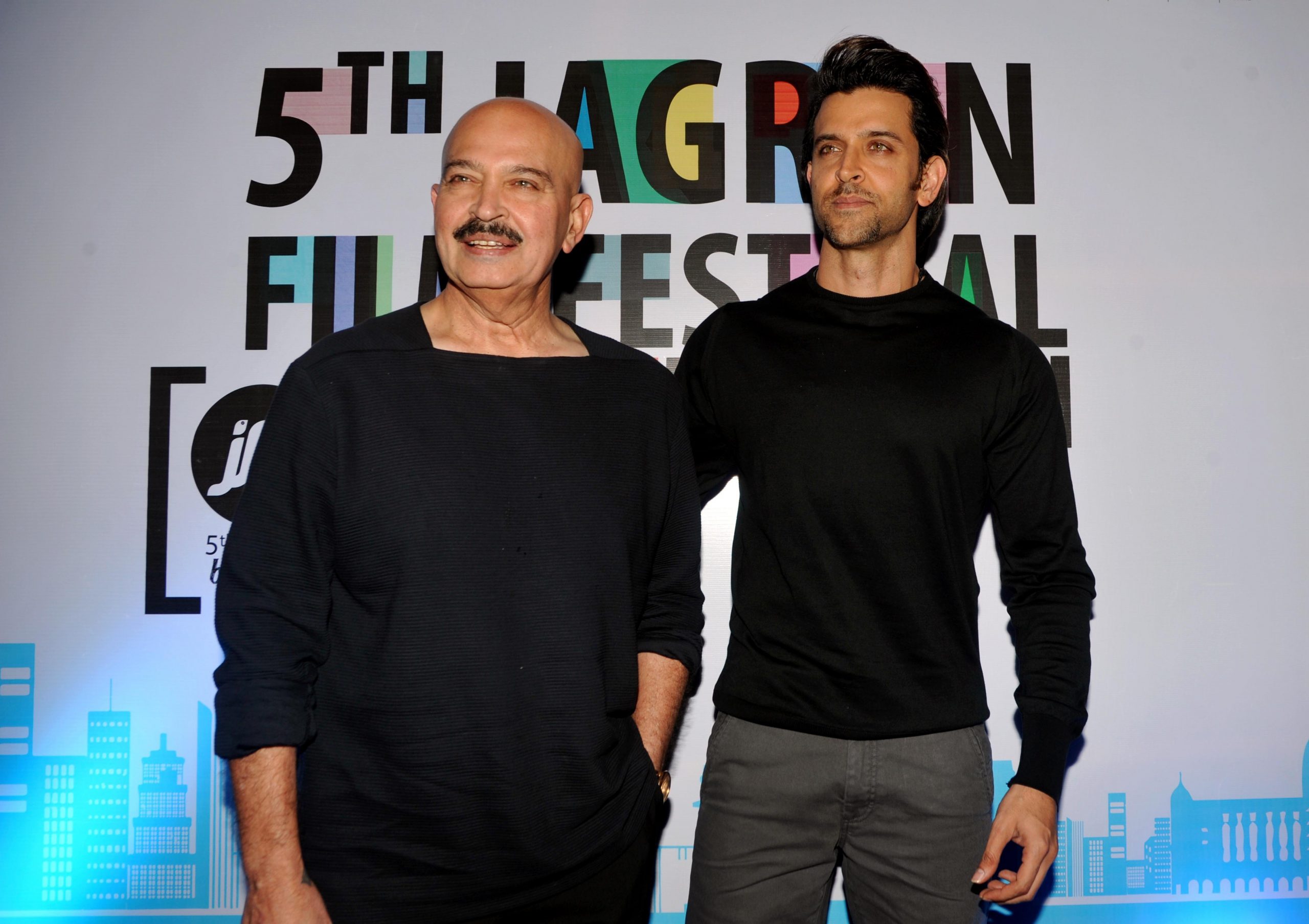 There were times when Bollywood would produce multi-starrers or two-hero films in bulk. As time changed and actors’ egos started getting bigger than the films they worked on, producers veered towards making solo hero films to avoid conflicts. Having said that, Bollywood keeps surprising us with one or two such films at regular intervals.

If fresh reports are to be believed, renowned filmmaker Rakesh Roshan is considering bringing together his son, Hrithik Roshan, and Ranbir Kapoor in a high-profile two-hero project.

It is worth mentioning that Rakesh Roshan recently paid tribute to his dear friend, Rishi Kapoor, on his first death anniversary. He, along with his wife Pinkie Roshan, visited Neetu Kapoor, Ranbir Kapoor, and Riddhima Kapoor to pay his tribute.

An Indian publication cited him as saying, “Yes, my wife Pinkie and I did go. We met Neetu, Ranbir Kapoor and Riddhima. And we did not make the ambience gloomy. We were there for 2 to 3 hours, and we reminisced about Rishi Kapoor. I kept telling Ranbir my stories with Rishi when we were young. I can never forget the outstation family holidays we took. Both Hrithik and Ranbir were with us; they were kids then. I wish to see Hrithik and Ranbir together in one film.”

Meanwhile, Hrithik Roshan is presently preparing for his next film, which is the official remake of the superhit Tamil gangster-drama Vikram Vedha (2017). The remake also stars Saif Ali Khan in an important role.

Ranbir Kapoor, on the other hand, has multiple projects in the pipeline. While he awaits the release of Yash Raj Films’ Shamshera, Dharma Productions’ Brahmastra is nearing completion. The actor has already completed the first shooting schedule of Luv Ranjan’s untitled film with Shraddha Kapoor. He is expected to kick-start Sandeep Reddy Vanga’s Animal in the second half of 2021.