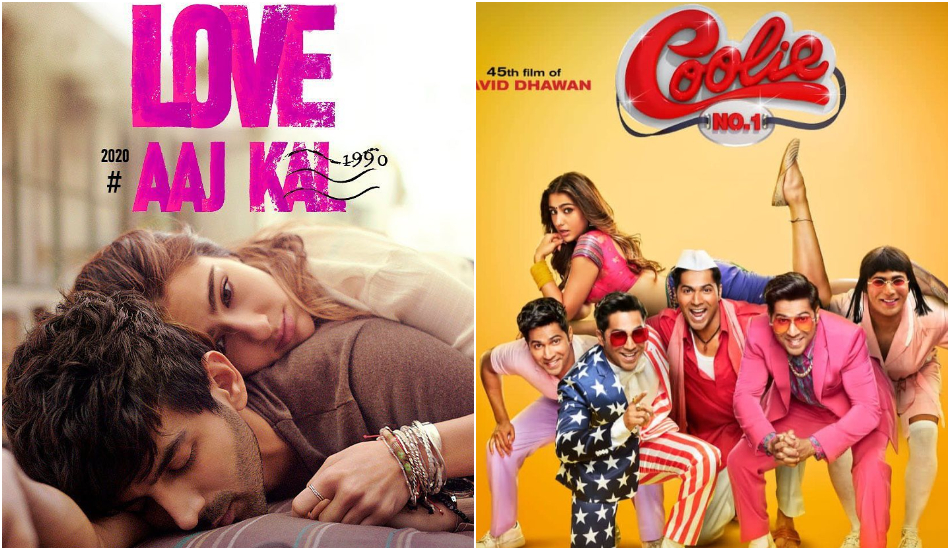 Every year Bollywood offers us some good films and some not-so-good films. 2020 was also not an exception. This year, we saw a few films in theatres and many films on the OTT platforms.

So, today, let’s look at the list of films that failed to impress us in 2020…

2020 clearly started on a bad note. Akshaye Khanna starrer Sab Kushal Mangal was totally opposite of what the title of the film meant. It was supposed to be a comedy film but it was anything but a comedy.

One of the biggest disappointments of the year was Imtiaz Ali’s Love Aaj Kal. The movie starring Kartik Aaryan and Sara Ali Khan is the weakest work of Imtiaz and it didn’t entertain at all.

Tiger Shroff starrer Baaghi 3 was a below-average film and had nothing great to offer content-wise, and even the action in the film was done and dusted.

Nawazuddin Siddiqui’s much-delayed film Ghoomketu finally released on Zee5 this year. The movie looked outdated and was not at all entertaining. Even a good performance by Nawazuddin failed to save the movie.

Mahesh Bhatt’s directorial comeback Sadak 2 failed to impress us. The film had a decent concept, but the screenplay and narration were outdated. Also, a strong antagonist like Maharani from Sadak was missing in the sequel.

Wedding is a concept that Bollywood writers and filmmakers love to explore, but most of the time they don’t impress us with their movies. The same thing happened this year with Ginny Weds Sunny. While Vikrant Massey and Yami Gautam were good, the film was disappointing.

The audience had a lot of expectations from Akshay Kumar starrer Laxmii. However, the movie turned out to be a disappointment. Akshay’s performance was good, but overall, the movie failed to entertain us.

Durgamati was a mess. The remake of Anushka Shetty starrer Bhaagamathie, this film had nothing new to offer and even Bhumi Pednekar’s performance wasn’t up to the mark.

The year ended on a bad note thanks to David Dhawan’s Coolie No. 1 remake. The Varun Dhawan and Sara Ali Khan starrer was a bland film and didn’t make us laugh out loud at all.