The hall of fame has decided to not only induct many legends playing in the Road Safety World Series in the Hall of Fame but also its founder Ravi Gaikwad for his contribution towards cricket and making it meaningful towards humanity. 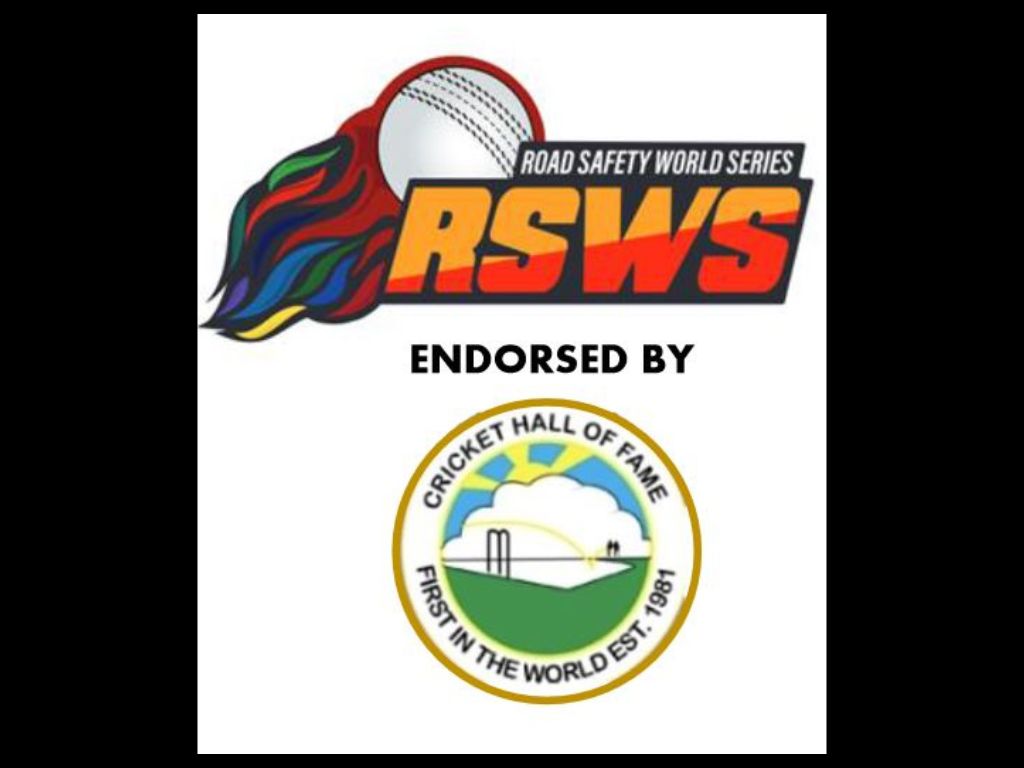 In a first since 1981, Cricket Hall of Fame (CHOF) has endorsed the Road Safety World Series, a T20 cricket league played in India by former players to create awareness towards road safety in India and around the globe.

In a meeting held virtually among the CHOF board members in the US on Wednesday (11), it was also unanimously decided that many legends playing or participating in the Road Safety World Series will be inducted in the Hall of Fame this year.

The board also confirmed Ravi Gaikwad, the founder of the Road Safety World Series to be inducted in the prestigious Hall of Fame for his contribution towards the game and making it meaningful to serve humanity with a noble cause.

The special induction ceremony will be held before the final match of the Road Safety World Series Season 3, which is scheduled at multiple venues in India in February-March 2023.

This will also be the first time when the CHOF will induct more than 10 legendary cricketers in the same year and at the same time.

Besides the participating legends as inductees, the CHOF is also in process to include a few other legends in the event, including retired women players from India.

About Cricket Hall of Fame

The CHOF is located in Hartford, Connecticut, USA. Founded in 1981, it is the first international cricket hall of fame in the world. Every year, it hosts an induction ceremony on the first Saturday of October, drawing inductees from around the world. The inductees are selected for two categories: Players of distinction or someone who has done something to advance the sport of cricket.

The Cricket Hall of Fame Museum houses many historical cricket artifacts donated by past inductees and supporters.

The items include trophies, uniforms, equipment, books, photographs and articles that demonstrate the history of the sport over time.

The CHOF is supported by the Sportsmen’s Athletic Club of Hartford, Connecticut (since 1963). It is in the final process to offer the largest cricket museum in the world where all the inductees would occupy prime spots forever.

The Road Safety World Series is a T20 cricket event which is played between legends of eight countries—India, Australia, South Africa, West Indies, England, New Zealand, Bangladesh, and Sri Lanka—to create awareness towards road safety in India and around the world.

The Series features Bharat Ratna and the legendary Sachin Tendulkar and West Indies legend Brian Lara among a host of other former big names.

Tendulkar is also the series’ brand ambassador whereas Padma Bhushan Sunil Gavaskar is its commissioner. The Road Safety World Series has completed two seasons successfully, holding matches in different parts of India such as Mumbai, Raipur, Kanpur, Indore and Dehradun.

The Road Safety World Series is not just a sporting event but a movement to save human lives on roads. It is an attempt to integrate sports for a noble cause — in this case it is cricket as it is the most popular sport in India and cricketers are looked upon as idols by many.

Every year India kills a decent-sized European nation on its roads. Around 150,000 people are killed and more than 450,000 people are critically injured in India in road accidents every year. One person dies every four minutes in the country and out of every hundred people dying in the world, 30 are Indians.

The aim of the Road Safety World Series is to drive social change in terms of people’s outlook towards road safety. As cricket is the most followed sport in the country and cricketers are highly admired, a sporting extravaganza like the Road Safety World Series is expected to serve as an ideal platform to influence and change people’s mindset towards their behavior on the roads.