A glimpse into a fascinating culture, society, politics and their contradictions 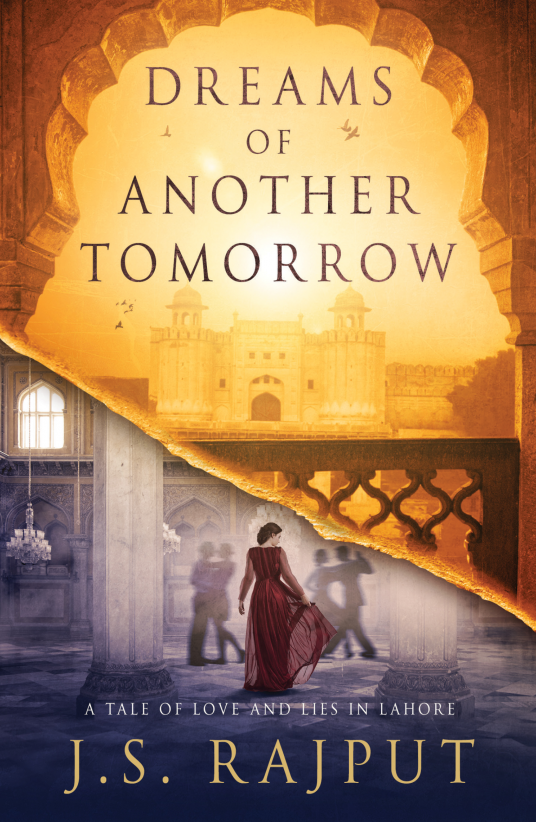 AUTHOR JS Rajput writes under a pen name and is based at an unspecified location in Europe.

That air of mystery has breathed life into his new Lahore-set novel Dreams Of Another Tomorrow, which is a multilayered story of decadence, a seditious affair, mystery and an unexpected journey of self-discovery. “I have been interested in stories for as long as I can remember.

Classical fiction kept much of my teens occupied. I studied English literature in college, but a professional career moved me in another direction. But the urge was always there, and I feel blessed to have reconnected with creative writing again,” explained JS Rajput.

Seeing so many stories and happenings in Pakistan that have not been touched upon in fiction, combined with a determination to show the real image of the country, as opposed to the monolithic one seen by the world, inspired him to write Dreams Of Another Tomorrow.

“I thought it would be interesting to show what happens there, and bring out the ironies, hypocrisy, and incongruities of accepted dogmas and prevalent practices, besides the beauty of close knit-families, warmth and emotions, which define that society,” he said.

The bright new book shines a spotlight on society, including the upper strata and political. Although essentially a romance, the book is also a social satire, which offers a peep into a patriarchy where things are not as they appear.

“The story is told from the point of view of a protagonist who has left the country to study and then teach at an elite US university. He returns for a lecture series and to spend time with an old friend. But a remarkable series of events, including his reconnecting with a lost love, sets him on a trail that is as much a journey of self-discovery as it is about getting to know the society as it has evolved since he left.”

The book was inspired by what the author witnessed in Pakistan and fascinating people he knew first-hand in the country, who have played a larger-than-life role, or have enriched the social milieu with their unusual personas. This motivated him to write a story that would encapsulate the feeling, emotion and contradictions that lends life in Pakistan its pulsating vitality. The other inspiration was the rising voice of women for greater space in a male dominated society. “I enjoyed writing the last hundred pages most, as it felt as if the characters of the story had turned into real life people with their own minds and emotions, and their intense interplay effortlessly moved to a climactic ending.”

He is hoping the young adult book connects with the south Asian diaspora and explained that it was a fascinating experience seeing Pakistan from the eyes of a discerning expatriate character he had conceived.

The author is particularly interested in economics and public policy just like the protagonist of his story, but loves to read literary classics, contemporary fiction and poetry. When asked about his own favourite writers, he said: “I admire Russian novelists such as Leo Tolstoy, Fyodor Dostoevsky and Anton Chekhov; South American greats such as Gabriel Garcia Marquez; British novelists like Charles Dickens and Thomas Hardy, and American novelists, including (Ernest) Hemingway and Arthur Miller.”

His inspirations include music, art, literature, and the lives and work of extraordinary personalities, along with true stories of love, passion, courage, and endurance. Mostly, he is inspired by that amazing feeling of loving someone and being loved, which is found deep in his novel. “If you like reading novels which are more than just beautiful stories then this may be the next book to read. The novel touches upon the society, politics and value system of a fascinating culture with all its contradictions laid bare.”