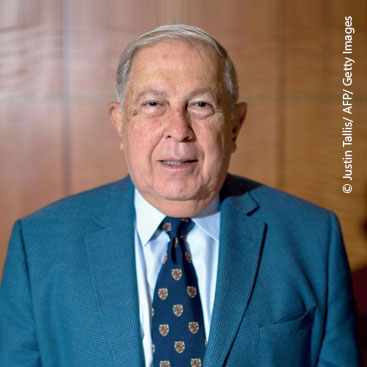 DR YUSUF Hamied, who has saved the lives of more than 10 million HIV patients in Africa by using his pharmaceutical company in India,Cipla, to supply cheap antiretroviral drugs, is still thinking big.

For the last few years, he has funded a scheme whereby the Royal Society of Chemistry in the UK teaches a group of 42 specially recruited chemistry teachers in India to spread their skills to other teachers, who in turn teach yet more teachers in an ever widening pool.

After four successful years, Hamied is renewing finance for the “RSC-Yusuf Hamied science programme” for another four years. “It is to take teachers not only in chemistry but also in physics, maths and biology but under the auspices of the Royal Society of Chemistry.

In the next four years, they are planning to teach 20,000 teachers in India.” What Hamied wants to do is take knowledge from the UK to India, the two countries that mean most to him. He spent possibly his happiest years as an undergraduate and postgraduate student at Christ’s College, Cambridge.

In summer, he hosted a “reunion dinner” at Christ’s for batchmates who “matriculated” with him in 1954 – 30 out of the 73 still living from the original 126 freshers turned up. “I met a number after a gap of over 60 years– a truly memorable evening,” sighs Hamied.

In July this year, when Hamied was made an honorary Fellow of the Royal Society, the world’s most prestigious scientific body whose origins go back to 1660, he laid out his philosophy that the pharma industry couldn’t simply be a money- making operation. It had to strive to make affordable medicines available to the poor, the needy and the sick.

That Cipla UK is doing well could be good for the NHS. “This year