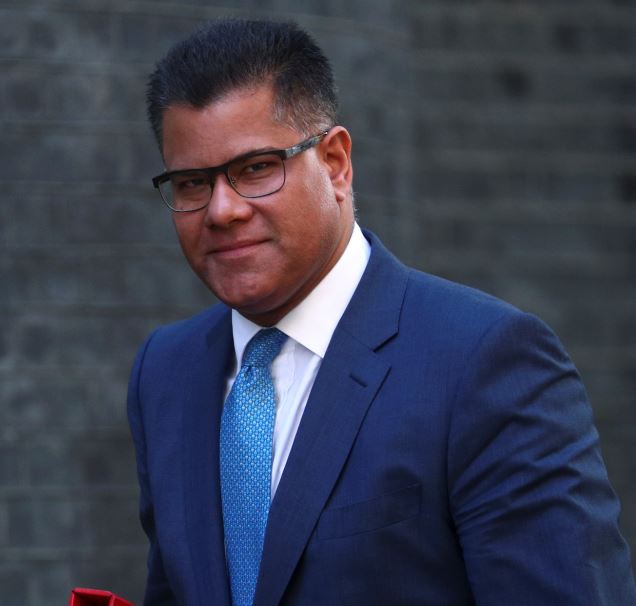 AS one of the beneficiaries of Prime Minister Boris Johnson’s recent and ruthless reshuffle, Alok Sharma, after a roller-coaster political ride, now finally has a seat in Cabinet.

It was Priti Patel’s old job before she found herself on the wrong side of the Foreign Office and was abandoned by Theresa May.

Sharma was a Remainer in the 2016 Brexit Referendum, but as an internationalist was happy to look on the result as an opportunity for the UK to chart a new, global course and forge new alliances and relationships.

With his wide international expertise in finance, and his political experience (he was working in the FCO in 2016, responsible for Asia and the Pacific region, and had been co-chairman of Conservative Friends of India since 2014), when the Brexit vote came in, he quickly adjusted to the reality of withdrawal from the EU.

After it became clear in 2019 clear that Theresa May’s negotiation strategy was doomed to fail, Sharma threw his weight behind Boris Johnson’s candidature for PM and even helped in Johnson’s rigorous preparations by playing the role of Jeremy Hunt in practice leadership debates.

After Johnson’s success, Sharma, along with Sajid Javid and a resurrected Priti Patel, became the three UK Asians with a full Cabinet presence (since 2015 the Chief Secretary to the Treasury, a position now filled by the recently-promoted Rishi Sunak {noXXX}, has only “also attending Cabinet” status).

It was feared that Boris Johnson would re-absorb DFID entirely back into the FCO where it could, as he put it, “do more to serve the political and commercial interests” of Britain.

But by putting Alok Sharma in charge of the 0.7 per