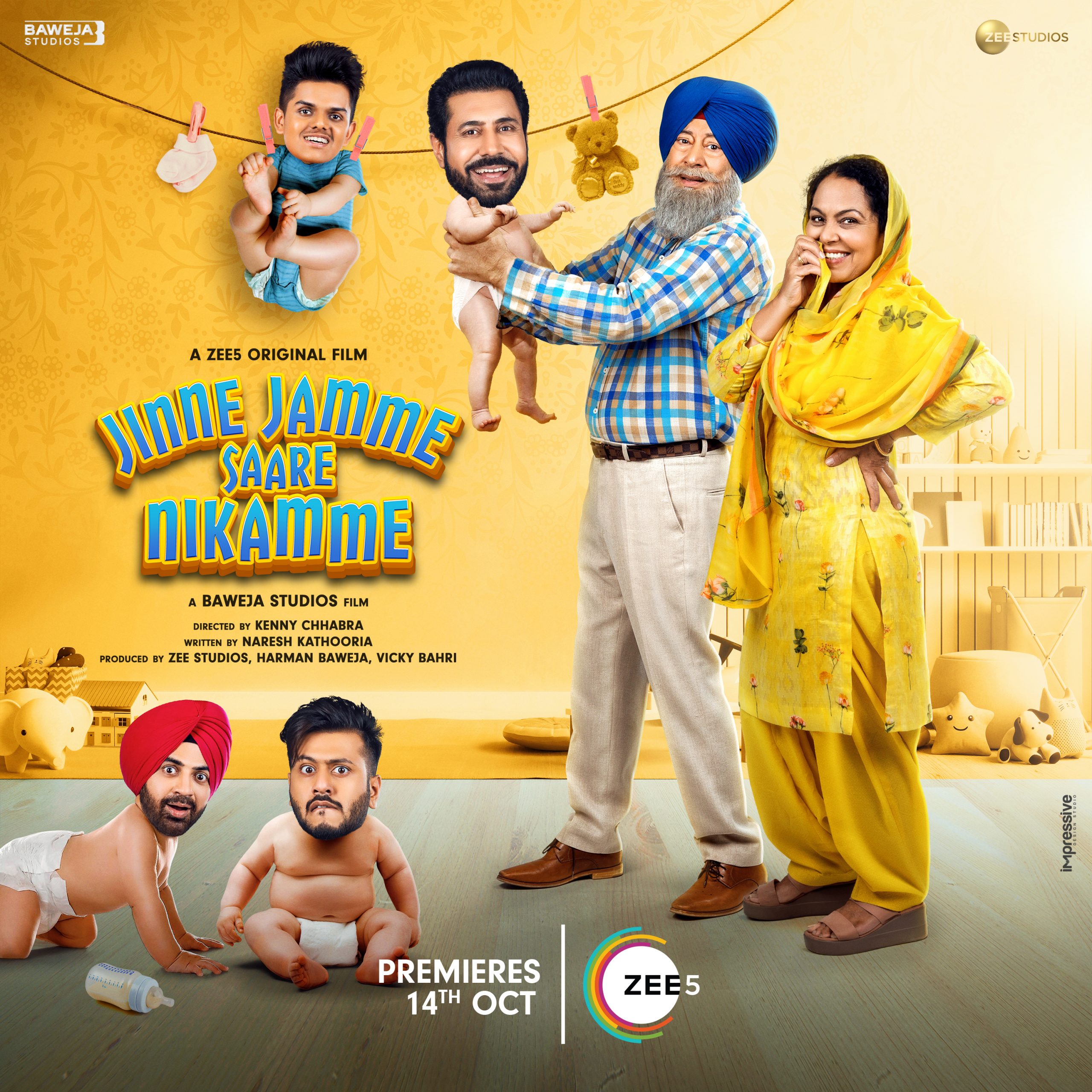 ZEE5 Global, the largest streaming platform for South Asian content, will be premiering Jinne Jamme Saare Nikamme, the first-ever Punjabi film to release on a streaming platform, on the auspicious day of Dussehra.

Jinne Jamme Saare Nikamme is the story of Gurnam Singh and Satwant Kaur who have four sons brought up with immense love and affection. Like all ageing parents, they want nothing more from their children except for their time and attention, but this is exactly what they don’t end up getting. What starts off as a series of humorous incidents leads to an emotional roller coaster ride.

Talking about the film, actor Binnu Dhillon commented, “During the pandemic, we have realized the importance of family and relationships. This movie has a special social message about family values, and I am really excited that it will stream soon, and everyone can watch it on their screens.”

Producer Harman Baweja said, “We are extremely excited to share this film with audiences across the world. It is an entertaining film with its heart set in the right place, that will bring families together, make them laugh and cry, but more importantly, it will make every son and daughter value their parents.”

Producer Vicky Bahri added, “This movie is really special for us, and we are looking forward to the debut of the first-ever Punjabi film on ZEE5! The team has put in a lot of hard work, and we are thrilled to bring it to the audiences on 14th October.”