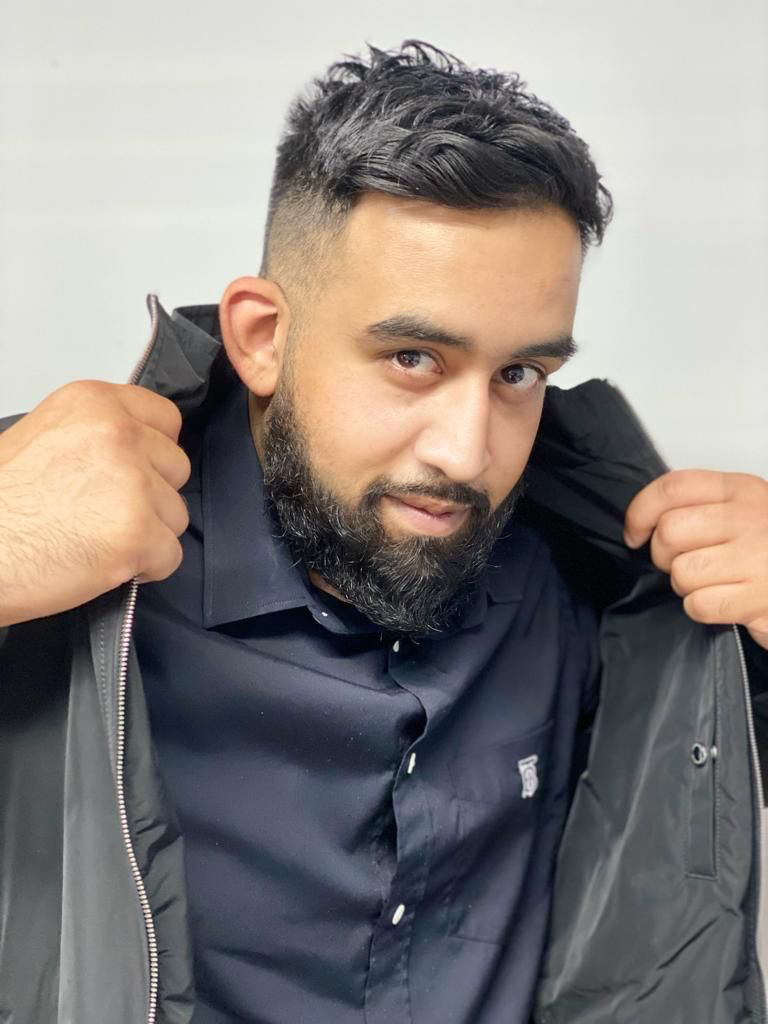 THE popular Arabs vs Asians comedy show returns for another series of live dates across England, from February 20 until March 19, with performances in Manchester (20), Birmingham (24), South London (3), Hounslow (5), Croydon (17) and East London (19).

The laughter-filled shows have top stand-up talents delivering their own unique brand of hilarity. The line-ups include rising comedy star Farhan Solo, who has been gaining momentum in recent years.

Eastern Eye caught up with the funny man to discuss his connection to comedy and being part of Arabs vs Asians.

What is it that first connected you to comedy?
Growing up, I used to love watching wrestling. I think watching The Rock insult other wrestlers really awakened something in me. I then watched a lot of stand-up when I was younger, including legends like Richard Pryor, Eddie Murphy, and Dave Chappelle. I was asked to do a wedding speech for my brother when I was 21 and used it as an opportunity to write something really funny, to get back at him, instead of writing something emotional.

How did you feel being on stage for the first time?
Well, I didn’t actually do comedy until I was 25, but because I had experience in wedding speeches, I was a little more comfortable. But even now I still get nervous depending on how big the event is.

What has been your most memorable show?
I have quite a few memorable events. All the Arabs vs Asians events have been amazing. I finally got to perform in front of a mostly Asian crowd. Also, UTC Comedy Club for a pro spot was big for me, as I had to beat their gong show five times to earn it.

How would you describe your brand of comedy?
I would say I’m quite a low energy deadpan one-liner comedian. I’m still trying to figure out my style.

How much of your humour is based on your own life?
Most of it is made up or very exaggerated. I always get people asking me, “is that true?”. It most likely isn’t!

How do you feel being on the Arabs vs Asians line-up and what can we expect from the show?
I feel very privileged to be part of a great line-up and superb show. The audiences are really great, and you really feel a sense of community. You can expect a lot of laughs and fun.

Is there friendly rivalry when there are multiple comedians on the bill?
No, not at all, and most of us are friends. But we all secretly want to steal the show.

Who is your own comedy hero?
Currently, my biggest inspirations are Jimmy Carr and Anthony Jeselnik, as they are similar to me. But my all-time hero is Dave Chappelle. I feel he has really changed comedy.

Who is the funniest person you know in real life?
Probably my nephew. No one makes me laugh more.

Has being funny ever helped you to get out of trouble any time?
Not yet, but hopefully it will come in handy one day. 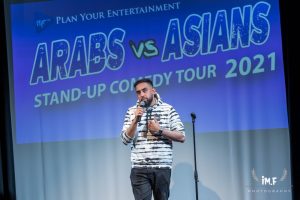 Why should we all come to the Arabs vs Asians show?
You should all come because it will be a really fun night, with a lot of jokes and great comedians. It’s an event that breaks barriers, so we can all have a good time.

Disco Dancer: 21 facts about the Bollywood blockbuster ahead of its theatre premiere

Big B turns 80: Journey of a film icon

Satyajit Ray season at BFI will show all his 38 movies

Why Asian artists must take up portrait painting

‘DI Ray shows what is possible’

Peaceophobia: Having conversations about cars, car culture and Islam

Pooja Hegde: When the stars align

Hemal Dev: The spirit of a fighter