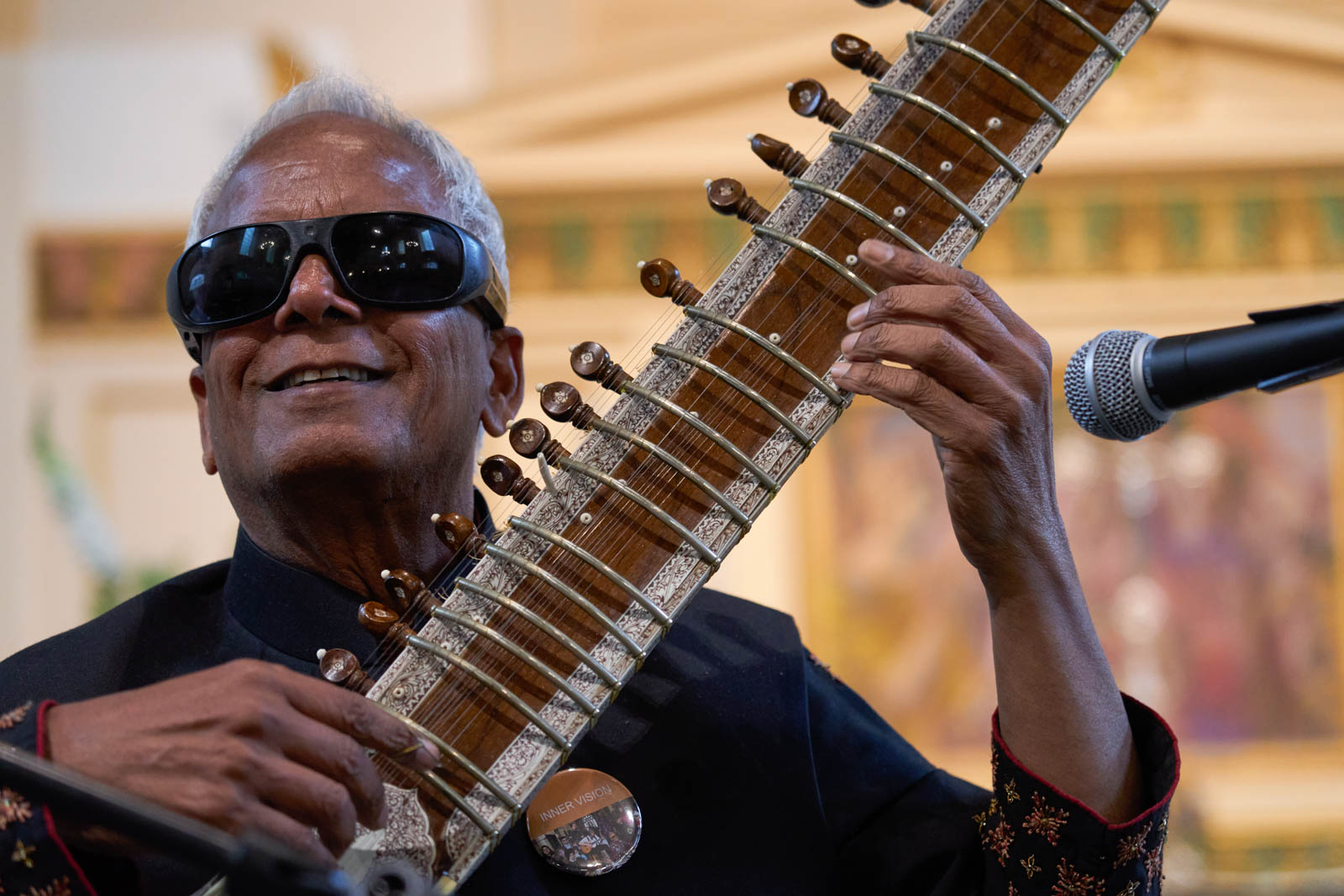 BALUJI
When: Friday September 23
Where: The Cut Arts Centre, Halesworth IP19 8BY, Suffolk IP19 8BY
What: Acclaimed multi-instrument musical maestro Baluji Shrivastav OBE will play special ancient melodies that evoke the majesty of music. He will be accompanied on tabla drums by Ustad Yusuf Ali Khan.
www.ticketsource.co.uk

THE CHERRY ORCHARD
When: Until Saturday October 22
Where: The Yard Theatre, 2A Queen’s Yard, London E9 5EN
What: Writer Vinay Patel reimagines Chekhov’s bittersweet play for 2022 and beyond, in the story of a starship filled with migrants searching for a home billions of miles from earth.
www.theyardtheatre.co.uk

GLITTERBALL
When: Until Saturday September 24
Where: Watford Palace Theatre, 20 Clarendon Road, Watford WD17 1JZ
What: The new play from acclaimed British Asian theatre company Rifco is a musical comedy that revolves around a divorced middle-aged woman navigating rocky friendships, who is trying to make sense of a past, where she was brought up as one half of a Shirley Bassey tribute act.
www.watfordpalacetheatre.co.uk

FREE BHARATNATYAM CLASSES
When: Wednesdays September 21, 28 and Thursdays September 22, 29
Where: Gamgee House, 2 Darnley Road, Birmingham B16 8TE
What: The Consulate General of India in Birmingham is organising free and weekly dance classes on its premises. Participants need to register beforehand and will be allocated places on a first come first serve basis.
www.eventbrite.com

FULL DAY INDIAN VEGETARIAN COOKERY COURSE
When: Sunday September 25
Where: Hounslow, London
What: A trip to the local Indian shop to learn about ingredients will be followed by a hands-on cooking course.
www.cookingwithmonisha.com