THE CHERRY ORCHARD
When: Until Saturday October 22
Where: The Yard Theatre, 2A Queen’s Yard, London E9 5EN
What: Writer Vinay Patel reimagines Chekhov’s bittersweet play for 2022 and beyond in the story of a starship filled with migrants searching for a home billions of miles from earth.
www.theyardtheatre.co.uk 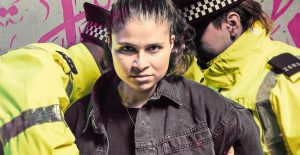 GLITTERBALL
When: Thursday September 15 – Saturday September 24
Where: Watford Palace Theatre, 20 Clarendon Road, Watford WD17 1JZ
What: The new play from acclaimed British Asian theatre company Rifco is a musical comedy that revolves around a divorced middle-aged woman navigating rocky friendships, who is trying to make sense of a past where she was brought up as one half of a Shirley Bassey tribute act.
www.watfordpalacetheatre.co.uk

NISH KUMAR – YOUR POWER, YOUR CONTROL
When: Friday September 9
Where: The Anvil, Churchill Way E, Basingstoke RG21 7QR
What: The popular stand-up comedian tackles important subjects like political upheaval, Covid, uncertainty and why he is taking it personally.
www.anvilarts.org.uk

FREE BHARATNATYAM CLASSES
When: Wednesdays September 14, 21, 28 and Thursdays September 15, 22, 29
Where: Gamgee House, 2 Darnley Road, Birmingham B16 8TE
What: The Consulate General of India in Birmingham is organising free and weekly dance classes on its premises. Participants need to register beforehand and will be allocated places on a first come first serve basis.
www.eventbrite.com

FULL DAY INDIAN VEGETARIAN COOKERY COURSE
When: Sunday September 25
Where: Hounslow, London
What: A trip to the local Indian shop to learn about ingredients will be followed by a practical hands-on cooking course learning how to make a variety of vegetarian Indian dishes.
www.cookingwithmonisha.com