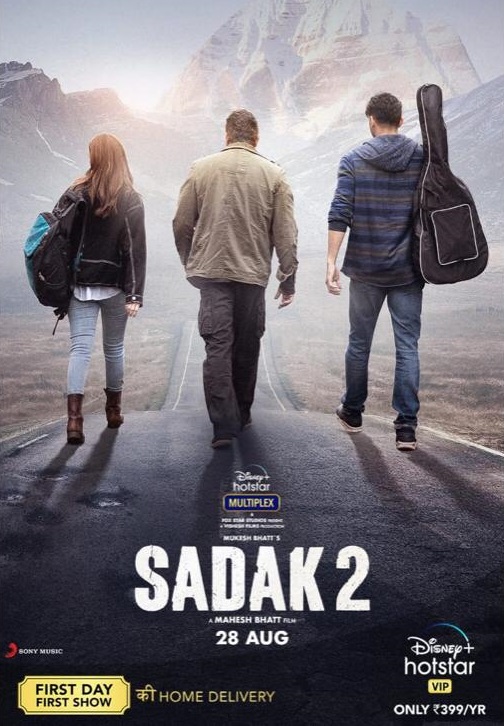 Alia Bhatt, who worked under her filmmaker father Mahesh Bhatt’s direction for the first time, took to her Twitter handle to announce that the film will premiere on August 28. “Sadak 2, the road to love streaming on Disney+ Hotstar VIP from 28 August,” read her tweet.

Talking about what led her to sign the film, Alia had earlier said, “Sadak 2 is a movie that is very close to my heart. It was my first time working with my father, which makes this a dream come true. It has a very new but relevant emotional pulse, with an amazing cast. Working with Aditya, Sanjay Dutt and Pooja has been magical. These are extraordinary and difficult times and all of us are trying to get through it, taking each day at a time. My father always says that a filmmaker’s destination is the audience’s heart. Disney+ Hotstar VIP gives us that opportunity to connect with our audience all across the country.”