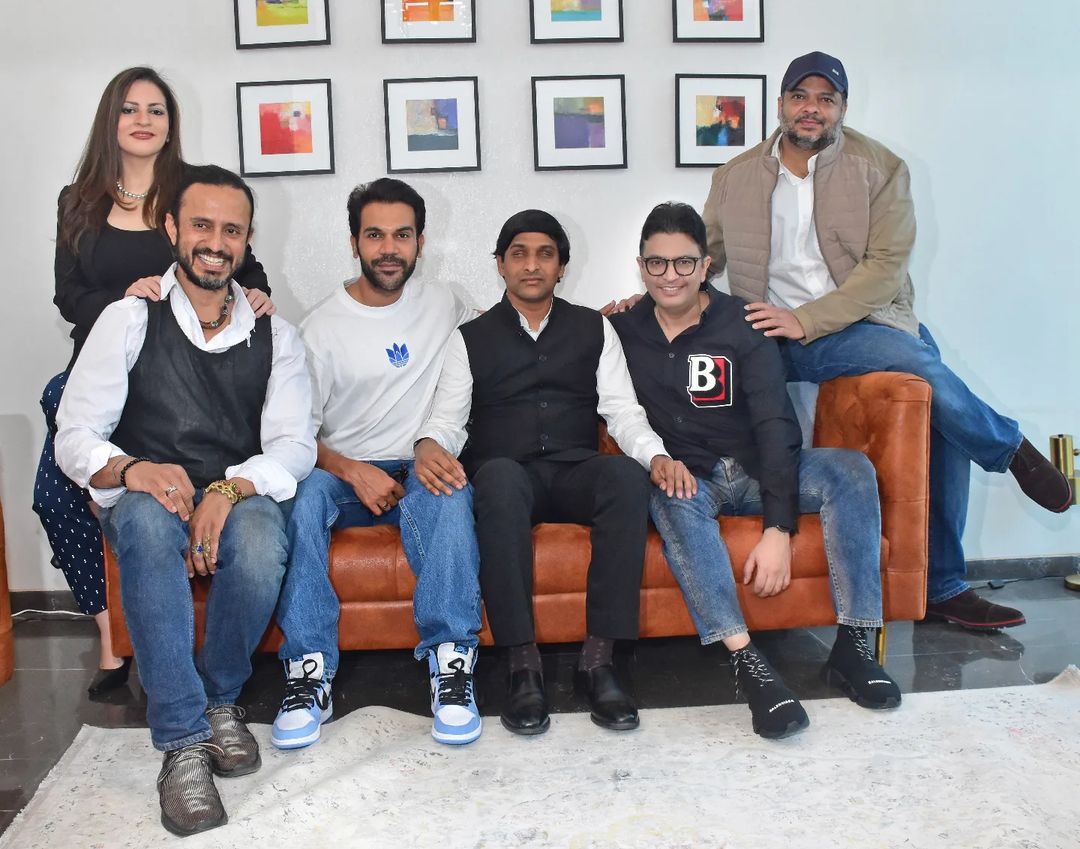 Rajkummar Rao with the team of an upcoming biopic on Shrikant Bolla (Photo credit: T-Series/Instagram)

Award-winning Bollywood actor Rajkummar Rao has been signed to star in an upcoming biopic based on the life of visually impaired industrialist Srikanth Bolla, the producers announced on Thursday.

Bhushan Kumar and Nidhi Parmar Hiranandani will bankroll the film while Tushar Hiranandani will direct. Hiranandani, a prolific screenwriter, made his directorial debut with the 2019 film Saand Ki Aankh, starring Taapsee Pannu and Bhumi Pednekar in lead roles.

Tentatively titled Srikanth Bolla, the biopic will narrate the inspiring tale of an industrialist who did not let his visual impairment come in the way of his vision and founded Bollant Industries spearheaded by Ravi Kanth Mantha.

Kumar, Managing Director and Chairman of T-Series, said Bolla’s life story is inspirational. “Having faced so many challenges since birth, yet not letting anything hamper his dreams – his journey is truly inspirational. And it’s indeed a privilege to be associated with a person like him,” Kumar said in a statement.

Kumar further said Rao is the apt choice to play the lead role in the biopic. “The personality of this character is such that only an actor of a caliber like Rajkummar Rao can justify it and we are happy to have such a fine actor on board. Also, Tushar Hiranandani’s vision to showcase this captivating story is very peculiar,” he added.

Expressing his excitement, Rao said the story of Srikanth Bolla is an inspiration. “It is indeed a privilege to play such an inspiring persona who has been through a lot of hardships and despite that has risen like a phoenix. I am really looking forward to playing Srikant. I’m happy to collaborate with Bhushan sir yet again on this compelling project,” Rao said.

Nidhi Parmar Hiranandani and Tushar Hiranandani hoped that Bolla’s journey “really tugs the heartstrings of the audiences just like it did for all of us.”

Penned by Sumit Purohit and Jagdeep Sidhu, the film will start production in July this year.