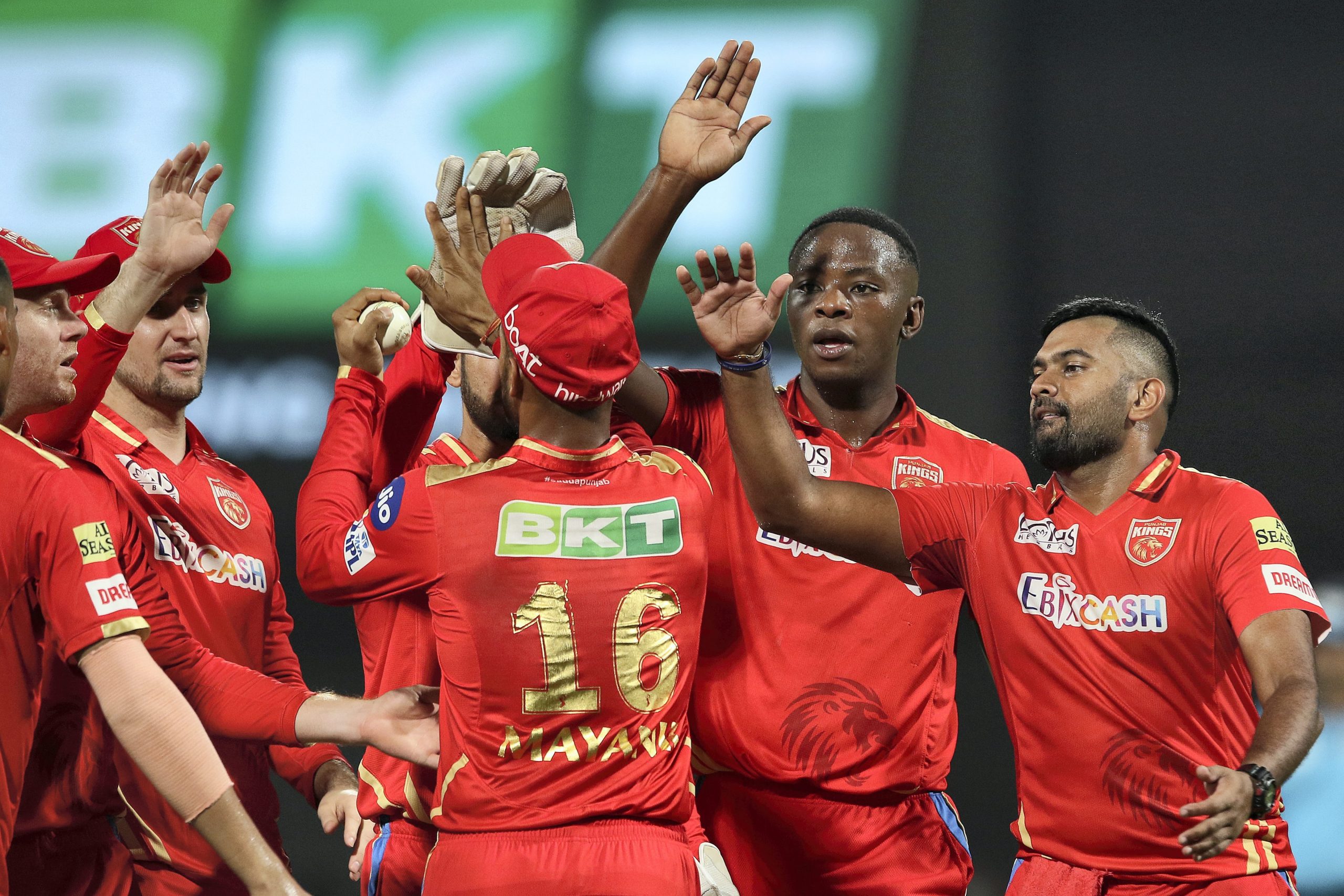 Mumbai: Kagiso Rabada of Punjab Kings celebrates with teammates, after taking the wicket of Wriddhiman Saha of Gujarat Titans . (Sportzpics for IPL/PTI Photo)
Follow Us

Liam Livingstone smashed three sixes to complete an eight-wicket victory with four overs to spare, moving Punjab up to fifth and stopping league leaders Gujarat from putting one foot in the playoffs.

Gujarat won the toss and chose to bat but made just 143 for 8 as South Africa’s Rabada produced man-of-the-match figures of 4 for 33.

Gujarat’s only standout was Sai Sudharsan who grounded out a gutsy 65 not out, the 20-year-old’s first half-century of the IPL in only his fourth innings.

The Titans lost both their openers in the power play, with Shubman Gill spectacularly run out for nine in the third over and Wriddhiman Saha caught by a back-pedalling Mayank Agarwal off Rabada.

Gujarat’s top scorer of the season Hardik Pandya fell for just one, failing to move his feet and thick-edging Rishi Dhawan to keeper Jitesh Sharma as he looked to drive.

David Miller tried to get the scoreboard moving, but misjudged Livingstone’s offspin to give Rabada a simple catch on the long-on boundary, departing for 11.

Rahul Tewatia, often the danger man at the end of an innings, also was out for 11, trying to reverse-sweep a wide, slow Rabada ball.

Next ball Rashid Khan edged Rabada to the keeper for a golden duck, and Lockie Ferguson slogged Rabada straight to Livingstone at long-on.

Punjab’s Jonny Bairstow, promoted to number two, departed for one in the third over, top-edging Mohammed Shami to Pradeep Sangwan at deep fine-leg.

Rajapaksa hit five fours and a six to make 40 off 28 balls before being trapped leg-before by New Zealand’s Ferguson in the 12th over.

Dhawan’s 62 not out off 53 included eight fours and one six — a ramped shot off a lightning-fast Joseph delivery that was the quickest of the night.

Livingstone then wrapped things up in one Shami over with three sixes in a row — one of which flew 117 metres — and two fours to finish not out 30 off 10 balls.

“I didn’t think I was going to bat at one point tonight so it was nice to go in and hit a few out of the middle,” Livingstone said.

“I thought Shikhar played beautifully to set it up, him and Bhanu (Rajapaksa)… It’s a big win.”