Manchester’s Trafford Centre, valued at £1.7bn, is up for sale, says report 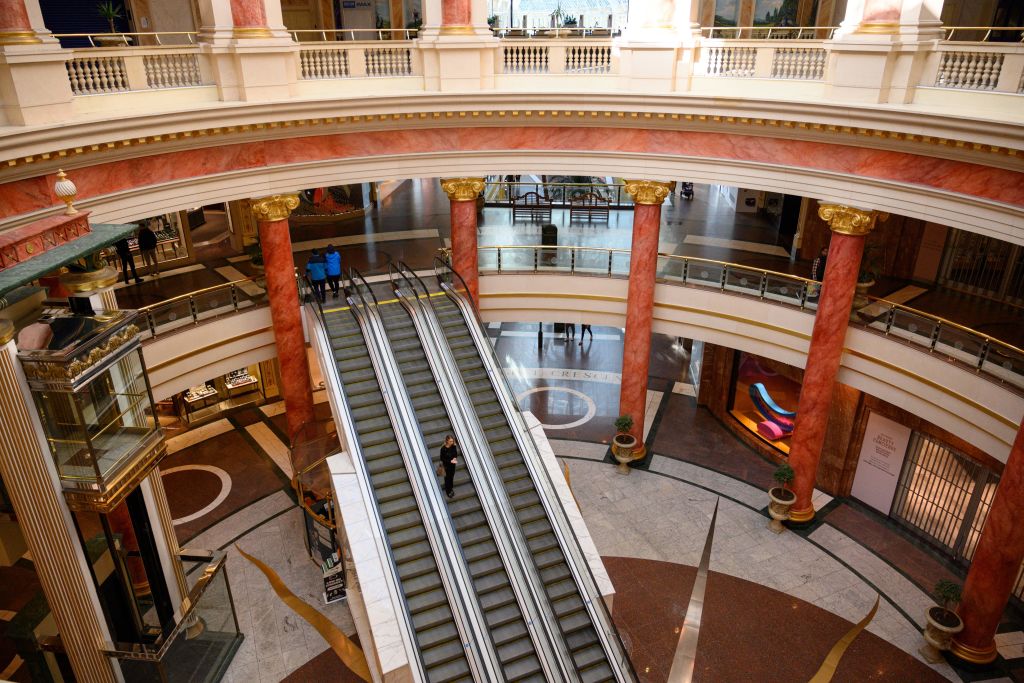 Manchester's Trafford Centre -- one of Britain's major shopping destinations -- was last valued publicly by Intu at close to £1.7 billion, but analysts expect it to be sold for at least 20 per cent lower. (Photo: OLI SCARFF/AFP via Getty Images)

TRAFFORD CENTRE is being put up for sale, after its parent company Intu Properties collapsed into administration two months ago.

The coronavirus pandemic has left retailers struggling to pay rents as fewer customers visited stores, stoking some major high street names such as John Lewis and Debenhams to shut stores.

Intu, which owns 17 major shopping centres including Lakeside in Essex, is home to hundreds of well-known retailers and normally get millions of visitors a year, but was hammered by the health crisis as it hit both footfall and rents.

Manchester’s Trafford Centre — Britain‘s fourth biggest shopping mall, with 30mn visitors every year — was last valued publicly by Intu at close to £1.7 billion, but analysts expect it to be sold for at least 20 per cent lower, according to Sky News.

“All parties are working constructively together to maximise value for this highly attractive asset,” a spokesperson for the joint administrators of Intu Properties said in a statement.

The appointment of advisers to kick off a formal sale process is expected to attract the interest of John Whittaker, the property tycoon who sold the Trafford Centre to Intu in 2011, Sky News said.

Investment bank PJT Partners and property research firm CBRE have been appointed to advise on the sale process, sources said.