The couple has been dating each other for over 4 years now. 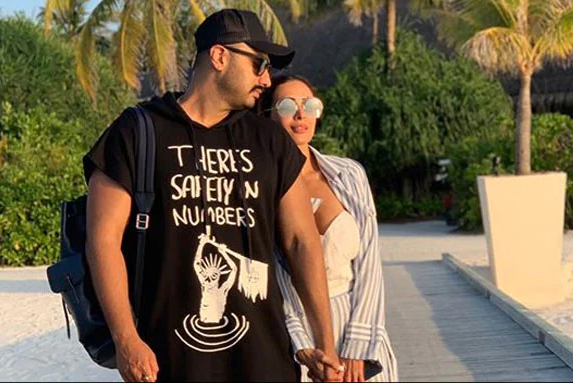 Arjun Kapoor and Malaika Arora are one of the most popular couples in the tinsel town of Bollywood. Ever since making their relationship Instagram official, the duo keeps sharing moments from their personal life on social media. They are also the favorites of various entertainment portals that keep churning out one speculative story after another.

One of such portals on Wednesday carried a story that claimed that Malaika Arora is pregnant. The headline of the article read: “Exclusive – Is Malaika Arora pregnant?”

The baseless story did not go down well with both Arjun Kapoor and Malika Arora and they called out the publication and the journalist who wrote it.

In a strongly-worded statement, Arjun Kapoor wrote, “This is the lowest you could have gone and you have done it by being casual, insensitive, and absolutely unethical in carrying garbage news.”

Addressing the journalist who wrote the aforementioned piece, Arjun wrote: “This journalist has been writing such pieces regularly and getting away with it because we tend to ignore these fake gossip articles while they spread across media and become the truth. This is not done. Don’t dare to play with our personal lives.”

Meanwhile, Malaika Arora also blasted the report in her Instagram story and she wrote: “F****** disgusting.”

Meanwhile, Malaika is gearing up to make her streaming debut with an upcoming show called Moving In With Malaika. Arjun, on the other hand, will next be seen in debutant filmmaker Aasmaan Bhardwaj’s Kuttey, set to release on January 13, 2023.