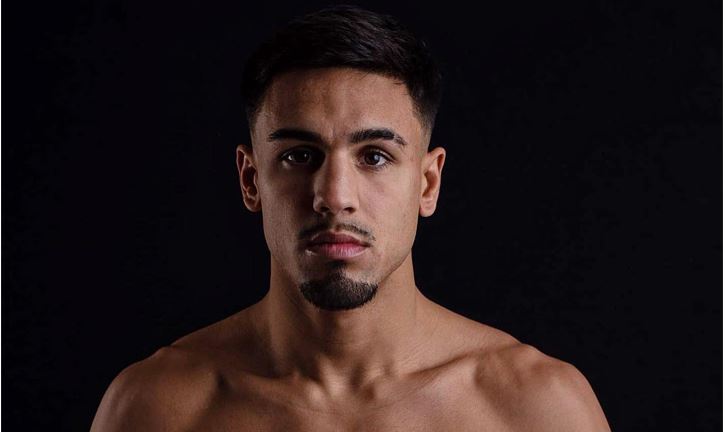 BRITISH INDIAN boxer Jordan Flynn-Dhanjal has said that he wants to be the first Sikh world champion.

He is all set for his fifth fight on Saturday (30) at Bracknell Leisure Centre, against the Romanian Constantin Radoi.

“My grandad passed away two years ago and that would be such a fitting way to honour his legacy,” he commented about the fight.

Growing up in Oxford, with his Sikh father and English mother, the young Flynn-Dhanjal showed hyperactive tendencies.

As a result, his dad first took him to karate lessons when he was six years old. He took to the sport well and progressed quickly, but it was clear that he preferred punching to kicking.

“Even as a kid, I had very fast hands. So I guess boxing made sense and we made the switch. I first started boxing training when I was eight at Berinsfield Amateur boxing Club and never looked back,” Flynn-Dhanjal told the BBC.

Aged 12, Flynn-Dhanjal won the schoolboys’ national title. Later, he moved to the Repton ABC in London, making the journey from his home in Oxford four days a week to spar with future world champions Charlie and Sunny Edwards and Lawrence Okolie.

“I just loved the feeling of winning and getting better. I love the progression too, the feeling of working towards something. I’ve always looked at this as a long-term thing,” he said.

He became a professional boxer in 2019, under the guidance of former British and Commonwealth lightweight champion Kevin Mitchell.

“Training with Kevin is fantastic. We’re based at the Matchroom gym in Essex and he works me really hard, but we combine into a great partnership. With all his experience, there’s so much he can teach me, so I’m soaking up as much of it as I can. I’ve got great sparring with guys like Conor Benn and Joe Cordina, which is important as we spur each other on,” he was quoted as saying by the media outlet.

Flynn-Dhanjal has revealed that the defensive approach of the opponents frustrates him.

“Obviously, at the beginning of your career you’re boxing journeymen, who come in, tuck up tight and stay on the back foot. They’re such tough guys, but because of the way they box I haven’t been able to show my power yet,” he told the BBC.

“It’s nice to get the wins and I’m growing and developing every time, but I look forward to boxing opponents who’ll come to have a proper fight – so I can really show what I can do.”

“I trust my ability and I’m aiming for the top. That’s what drives me on. I’d like to pick up some domestic belts first, but I believe I will be the first Sikh world champion,” the Indian-origin boxer added.