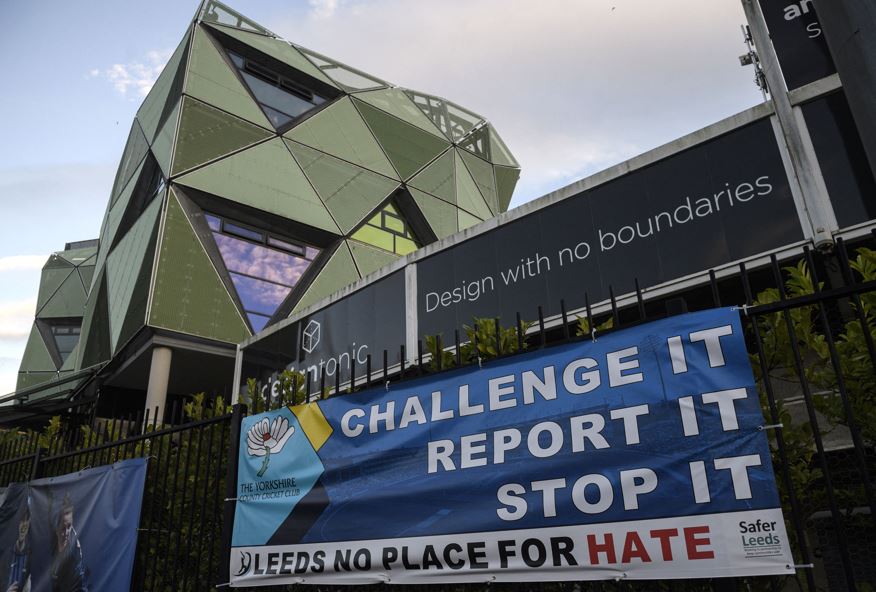 Emerald Publishing cut ties with Yorkshire at the height of the club’s racism scandal in November.

The announcement comes days after Yorkshire’s Emergency General Meeting, at which key governance changes were agreed to meet the ECB’s criteria for the return of international cricket to Headingley – starting with the third Test against New Zealand in June.

As part of the new deal, Headingley’s pavilion will be known as the “Clean Slate Pavilion” and the name will appear on club kit of Yorkshire and the Northern Diamonds.

Azeem Rafiq, the former Yorkshire captain whose testimony before parliament was instrumental in forcing through the changes at the club, told Sky Sports News that the sponsor’s name “fitted perfectly” but that the real challenge for the club was still to come.

“It is a clean slate… the name is one thing, but it is everything else from now on that happens that is important. There’s a lot of good primary schools around Headingley and a big diverse community. I just want them to be able to walk past Headingley and look at Headingley and think this is my club,” he was quoted as saying by the media outlet.

Lord Patel, the club chairman, said: “This new partnership – with a vibrant Indian brand that knows how to entertain diverse communities – is an exciting step for Yorkshire. Our proud club has a great future, welcoming everyone into our ground and this game, and our new partners are champions of inclusivity, diversity, and equity.”

Billed as “the world’s only female-oriented original content streaming platform”, Clean Slate will launch its platform in 2023.

Ssharma and Anushka laid the foundation of Clean Slate Filmz in 2013. The duo has backed a series of critically acclaimed films such as NH10, Pari – both starring Anushka Sharma, Netflix’s Bulbbul and Amazon Prime Video series Paatal Lok.

The streaming platform will be driven by an annual subscription SVOD (subscription video-on-demand) model that will initially launch in the first quarter of next year in India before expanding to markets such as the UK, USA, Canada, and the UAE.