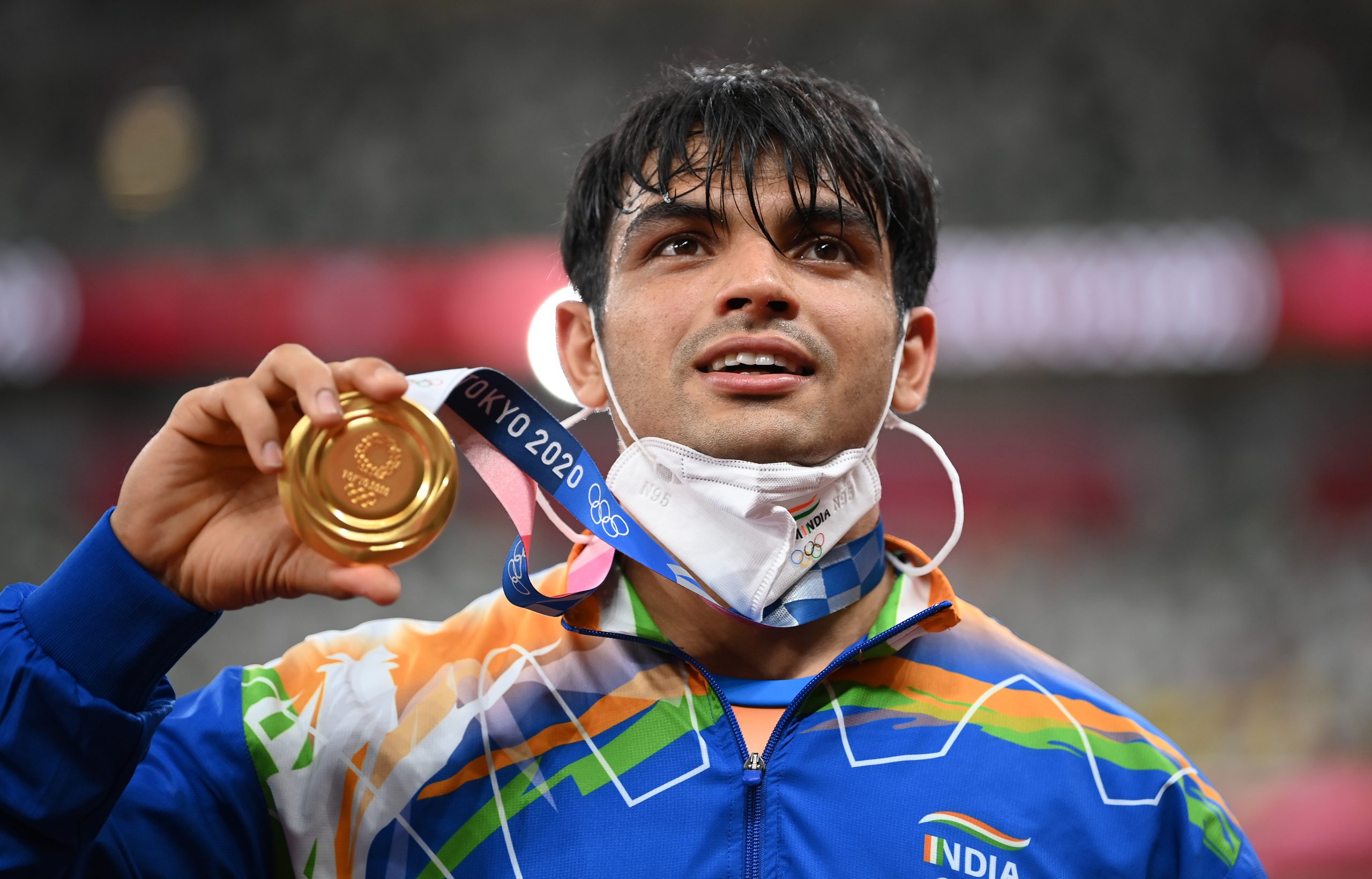 The 23-year-old farmer’s son, who two years ago underwent surgery on a career-threatening elbow injury, threw 87.58 metres in the Tokyo Olympic stadium on Saturday to send his country into raptures.

Chopra led India’s most successful Olympics ever with a gold, two silver medals and four bronze.

He will lead a cash bonanza for the winning athletes — the government in his home state of Haryana said it would give Chopra a 60 million rupee ($800,000) bonus.

Other state governments offered another $400,000 between them and a leading education company promised $270,000.

Chopra said he hoped the Olympic gold would be a turning point for his country’s athletes.

“In athletics, I feel we have missed medals by fine margins over the years. So this medal was important,” he said.

“Now that I have won, I feel we can do anything.”

Chopra was up against the previously in-form Johannes Vetter of Germany who had thrown a season’s best of 96.29 metres before the Olympics, but had an off day and failed to qualify for the throw-off as one of the top eight.

“If the first throw is good, then you grow in confidence. My second throw was also stable,” Chopra told reporters of the throw in the second round that won the title.

“I wasn’t sure of the gold (after that effort), but knew I had thrown my best.

“We can’t bring thoughts of gold into our minds (during the competition). Such thoughts are dangerous, then there is a risk that we may not put the required effort.

“Now I want to achieve the 90-metre mark as soon as possible,” he added.

Byju Raveendran, owner of the Byju’s education tech company that is chipping in for a bonus, said India had to make its athletes “heroes so that we transform ourselves from a sport loving nation to a sport-playing nation”.

The Indian cricket board, the BCCI, and the Chennai Super Kings Indian Premier League team vowed to give $135,000 each and Chopra will also get $100,000 from the Indian Olympic Association.

Other firms offered free air travel, luxury cars and cash gifts that took Chopra’s bonus over two million and more was expected before he returns to India.

All of the Indian medal winners can expect big cash rewards for their return, with the IOA offering $53,750 for a silver, and $33,500 for a bronze.

India’s cricket board said they would give $168,000 to the men’s hockey team for its bronze medal — the first in four decades. And state governments also promised hundreds of thousands to the team.

After wrestler Mirabai Chanu gave India a silver on day one of the competition and said she craved pizza, a well-known chain said it would give her pizza for life.

The medal count and stacks of cash is a dramatic turnaround for India after its athletes won just two silvers at the 2016 Rio Olympics.

Its sportspeople have long complained about a lack of resources and many former sports heroes fell into poverty after finishing their careers and have needed help from foundations such as one run by cricket icon Sunil Gavaskar.

The former India captain told AFP the 22-year-old foundation provides assistance to “Indian internationals who after retirement are struggling to get on in life” and keeps their identity hidden to avoid any embarrasment.