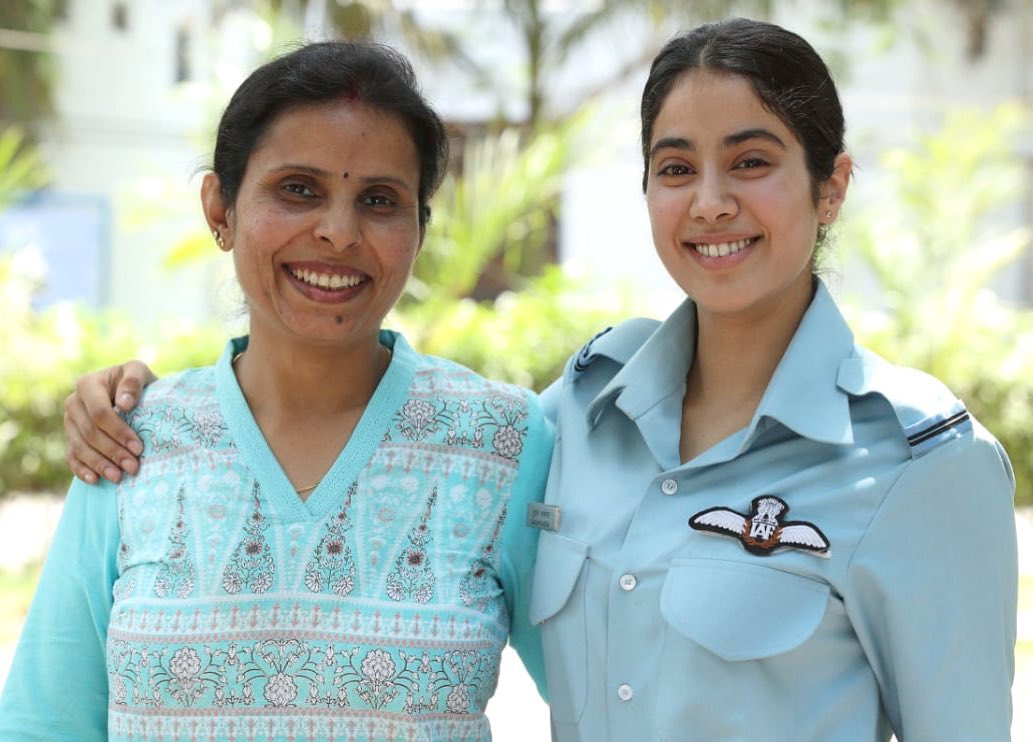 Former IAF officer Gunjan Saxena’s biopic titled Gunjan Saxena: The Kargil Girl released on Netflix on 12th August 2020. The film starring Janhvi Kapoor in the lead role is getting a great response, but it has made Indian Air Force a bit upset. Indian Air Force has written a letter to the Central Board of Film Certification objecting that there’s a negative portrayal of IAF in the film.

“Yes, as a commercial movie or as a work of fiction, this film has creatively tried to capture my story or my journey. But what cannot be denied is that even in this film the doors did open and opportunities were given,” she added.

Further talking about how she managed in the gender bias situation, Saxena said, “I think I was always lucky to have people around me who supported me and who rooted for me. Be it my family or the Indian Air Force at both places, I got support to pursue my dream and it’s a privilege. If you are the first one to be doing something, along with the privilege comes a whole lot of responsibility.

“Whenever there is a major change happening in any organisation or any field for that matter, it is never easy. There are teething troubles. During my initial days in the Indian Air Force, I had the support of my fellow officers, my supervisors and commanding officers who helped me during the difficult times or when I was caught in a difficult situation. When there is major change happening, some of the individuals are able to accept change more readily as compared to the others, and some individuals take more time to adjust to a major change. So I think that’s how I would like to put it and what is really of consequence and importance here and what really needs to be focused is that even though it did take time for some individuals to change, that change did occur, it did happen and in a very positive and right direction.”