Good Newwz continues its unstoppable run at the box-office 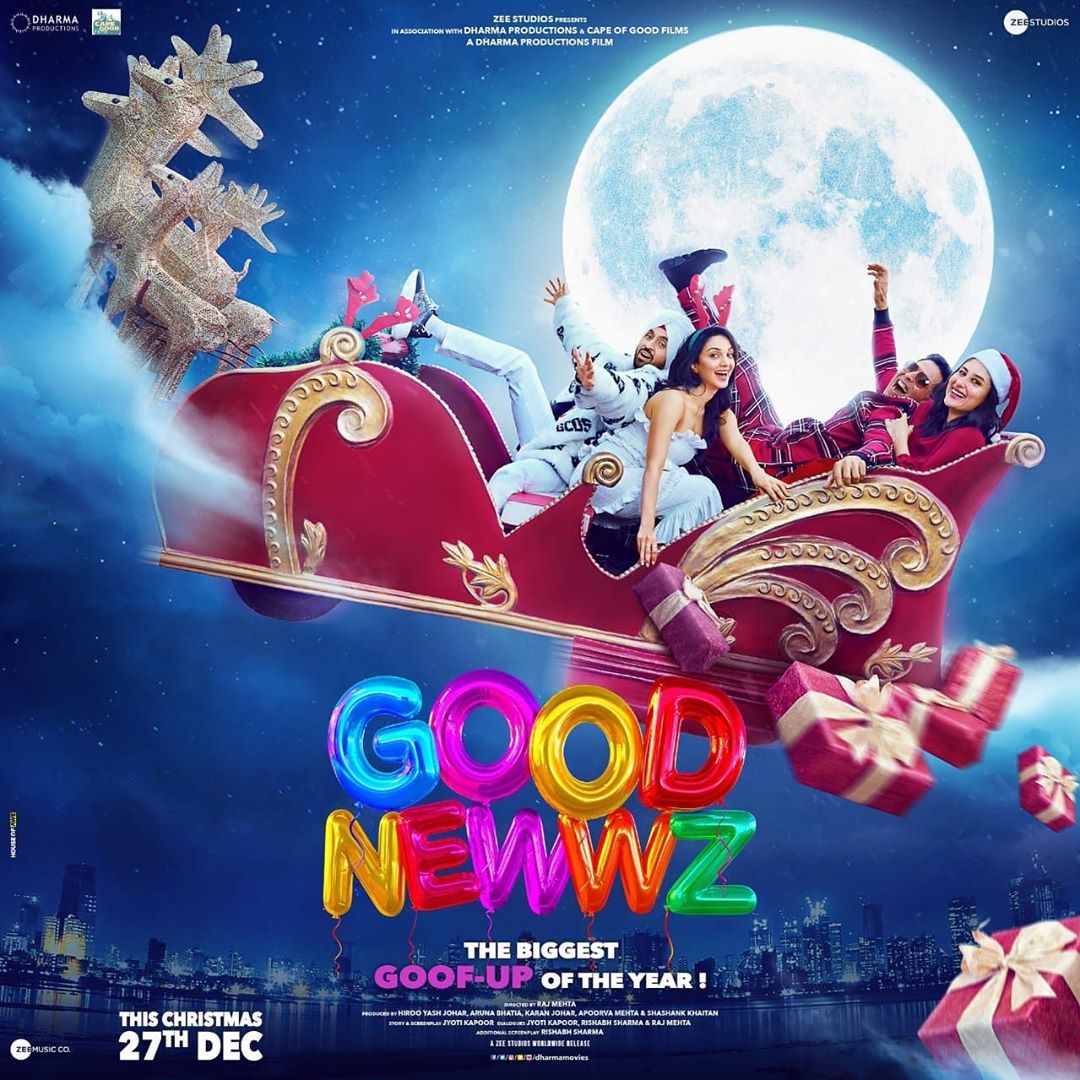 As expected, Good Newwz (2019) continued its magical run at the box-office after a fantastic first weekend. The comic-caper, featuring Akshay Kumar, Kareena Kapoor Khan, Diljit Dosanjh and Kiara Advani in principal roles, maintained a strong grip at the cash counter on Monday as well and put up a great collection on the first day of the week.

On Monday, Good Newwz garnered Rs. 13.41 crores, taking its total collection to Rs 78.40 crore nett in the domestic market. The film has posed a tough competition to superstar Salman Khan’s much-publicized Dabangg 3 which hit the marquee a week before on 20th December. The collection of Khan’s cop-drama has already dipped and looking at the current pace of Good Newwz, one can safely say that it is set to dent Dabangg 3’s income further. As per trade pundits, Good Newwz will keep raking in moolah over the week and it may close out its first week with an impressive figure of around Rs. 120 crore nett or even higher.

Good Newwz is directed by Raj Mehta, who has previously assisted filmmaker Shashank Khaitan on Badrinath Ki Dulhania (2017) and Dhadak (2018). The movie opened to great reviews and excellent word of mouth, which helped it mint Rs. 17.50 crore nett on the day of its release. On its second day, the collection soared to Rs. 21.50 crore. The movie earned Rs 26 crore nett on Sunday. Good Newwz recorded the seventh highest weekend of the year after War, Bharat, Saaho (Hindi), Dabangg 3, Kabir Singh and Mission Mangal.

Helmed by Raj Mehta, Good Newwz is bankrolled by Karan Johar under Dharma Productions. It rolled into theatres on 27th December, 2020.