Comeback on the cards for Genelia D’Souza? 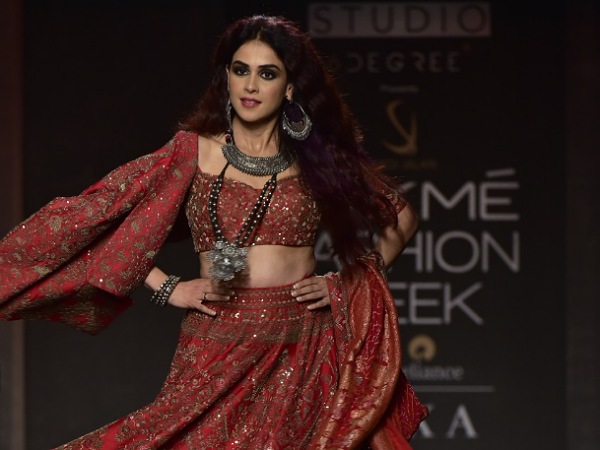 It has been more than seven years since Genelia D’Souza has not been seen in a full-fledged role in any film. Her last notable movie was Mandeep Kumar’s romcom Tere Naal Love Ho Gaya (2012), wherein she shared the screen space with her husband Riteish Deshmukh. The film received good response from the audience and turned out to be a moderate success at the ticket window.

After the release of Tere Naal Love Ho Gaya, Genelia D’Souza distanced herself from Bollywood and decided to focus on her family and raise her children, while her diehard fans in Hindi cinema and down South kept waiting to see her on the silver screen once again.

If you too missed the actress all these years, we have an exciting piece of news for you! According to reports doing the rounds in Bollywood corridors, the bubbly actress is planning to make a comeback to films. She has apparently started reading scripts to stage her comeback soon.

“Genelia has started reading scripts again, and she is considering making a comeback. She has also been offered Marathi scripts as well as OTT projects, and she is seriously considering it,” a source close to the actress tells a publication.

Genelia D’Souza was most recently seen at the Lakme Fashion Week where she walked down the runway for well-known fashion designer Saroj Jalan. She just set the ramp on fire with her impeccable grace and beauty.

We hope she announces her comeback project soon.