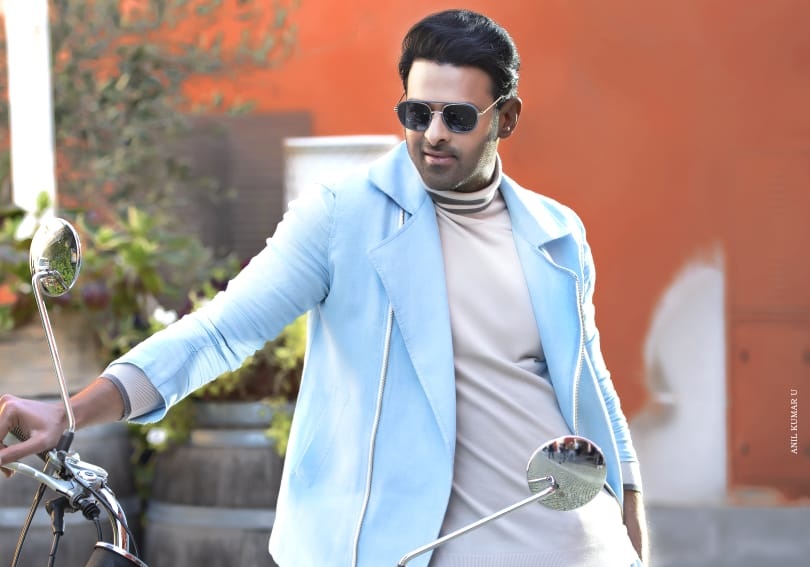 If there is one Indian actor who has truly managed to bridge the divide between Bollywood and the South Indian film industry, it has to be none other than Prabhas. After the earth-shattering success of SS Rajamouli’s Baahubali: The Beginning (2015) and Baahubali: The Conclusion (2017), Prabhas established himself as the biggest Pan-India star in the country. He cemented his position further with the action thriller Saaho (2019), which set the box office on fire with its collections. After appearing in three Pan-India films so far, Prabhas is now looking forward to his next five Pan-India films, which are currently at various stages of production. What makes his upcoming line-up even more exciting is the fact that all five of his Pan-India films belong to different genres. Today, on the occasion of his birthday, we take a look at Prabhas’ formidable line-up.

Prabhas next will be seen in filmmaker Radha Krishna Kumar’s much-anticipated film Radhe Shyam, which has been shot across some breathtakingly beautiful locations in Europe. The actor romances Pooja Hegde in the epic period romance film, produced by UV Creations and T-Series Films. Both actors are working together for the first time and their fresh pairing has already whetted audiences’ interest in the film. With Radhe Shyam, Prabhas returns to the romantic genre after a gap of a decade and that’s another highlight of the film. Distributed by AA Films, Radhe Shyam is slated for its theatrical bow on January 14, 2022. Shot simultaneously in Telugu and Hindi languages, the film will release in several other popular Indian languages as well.

Based on the Hindu epic Ramayana, Adipurush sees Prabhas headlining a mythological film for the first time in his career. The film features him in the role of Lord Ram, while Kriti Sanon, Sunny Singh, and Saif Ali Khan play Sita, Laxman, and Raavan respectively. Touted to be one of the most expensive films ever made in India, Adipurush will feature world-class VFX and CGI. Prabhas underwent serious transformation and preparations to do complete justice to his character. Directed by Om Raut and produced by T-Series Films and Retrophiles, Adipurush will arrive in cinemas on 11th August 2022.

Produced by Vijay Kiragandur under Hombale Films, Salaar is an action thriller, which is being shot simultaneously in Kannada and Telugu languages, and later will be dubbed in Hindi, Tamil, and Malayalam. Shruti Haasan plays the female lead in the mega-budgeted film. Written and directed by Prashanth Neel, who shot to fame with the riotous success of KGF: Chapter 1 (2018), Salaar is due on April 14, 2022. Not much is known about the upcoming film at the moment, but with Prabhas returning to the genre he is very familiar with, fans can expect yet another blockbuster from the actor.

Next for Prabhas is an untitled film with young filmmaker Nag Ashwin whose 2018 directorial Mahanati won three awards at the 66th National Film Awards 2019, namely, Best Feature Film in Telugu, Best Actress for Keerthy Suresh, and Best Costume Design. Prabhas shares the screen space with megastar Amitabh Bachchan and Deepika Padukone in the high-profile sci-fi film. This will be a new genre for the actor and his fans are excited to see him in it. Mounted on a lavish scale, the film is expected to wrap up its filming by the end of 2020, which means it will enter theatres in 2023.

Billed as a romantic action entertainer, Spirit marks Prabhas’ 25th film as an actor. It also marks his fourth collaboration with Bhushan Kumar’s T-Series Films after Saaho, Radhe Shyam and Adipurush. Sandeep Reddy Vanga, who is known for helming Arjun Reddy (2017) and Kabir Singh (2019), is attached to direct. The film has been creating a lot of buzz ever since its announcement a couple of weeks ago. Not much is known about the project yet, but it is expected to cement Prabhas’ position as the biggest Pan-India star of the country even further. The makers will soon announce the female lead opposite the superstar.