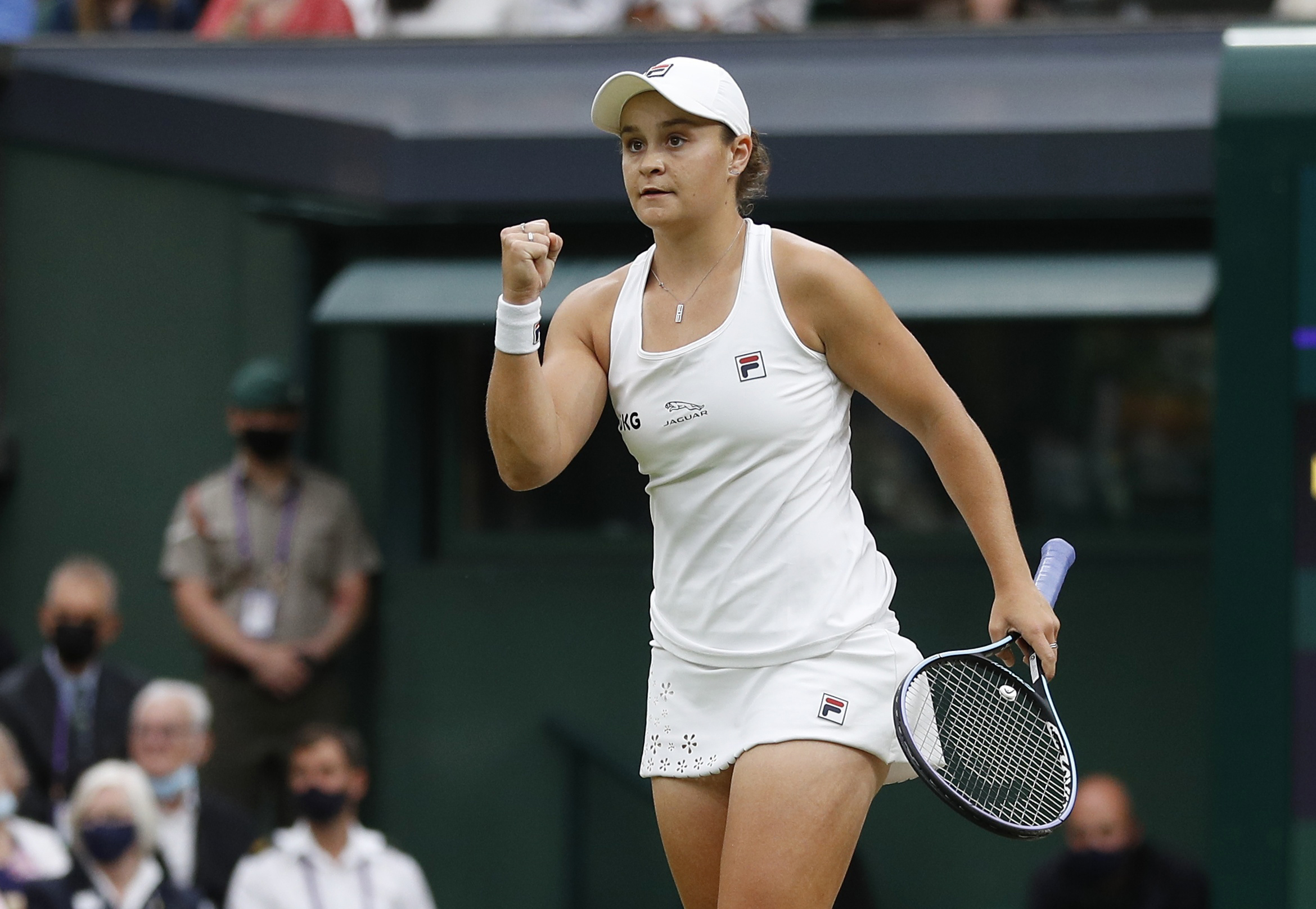 ASHLEIGH BARTY kept alive her dream of winning the women’s Wimbledon title on the 50th anniversary of fellow indigenous Australian Evonne Goolagong Cawley’s first win by easing into the semifinals on Tuesday (6).

The 25-year-old outclassed unseeded compatriot Ajla Tomljanovic 6-1, 6-3 to set up what promises to be a far more serious test of her ability on Thursday when she faces 2018 champion Angelique Kerber.

Former champion Angelique Kerber reached the Wimbledon semifinals for the fourth time on Tuesday (6) with a 6-2, 6-3 win over Karolina Muchova of the Czech Republic.

The German world number 28, who won the title in 2018, will face either top seed Ashleigh Barty or Ajla Tomljanovic for a place in Saturday’s final.

“It’s a magical place for me,” said Kerber, who is a three-time major winner, after securing the 80th victory of her career on grass.

“I was excited to play the grass court season after a one year break. I am so happy having my heart on the court and enjoying my time.”

“I really enjoy every moment here. It was a tight match, she played really well and I knew I had to play my best tennis today.”

Sabalenka, who had only won one match on her three previous visits to Wimbledon, will play former world number one Karolina Pliskova who eased into the last four with a straight sets win over Viktorija Golubic.

Jabeur departs having lost in her second Grand Slam quarterfinal but having done wonders in her goal to use her exploits to encourage young Arab women – especially North African – to take up the sport.