Physics Wallah will premiere exclusively on Amazon miniTV within the Amazon Shopping App, Desktop and on Fire TV for free, December 15 onward. 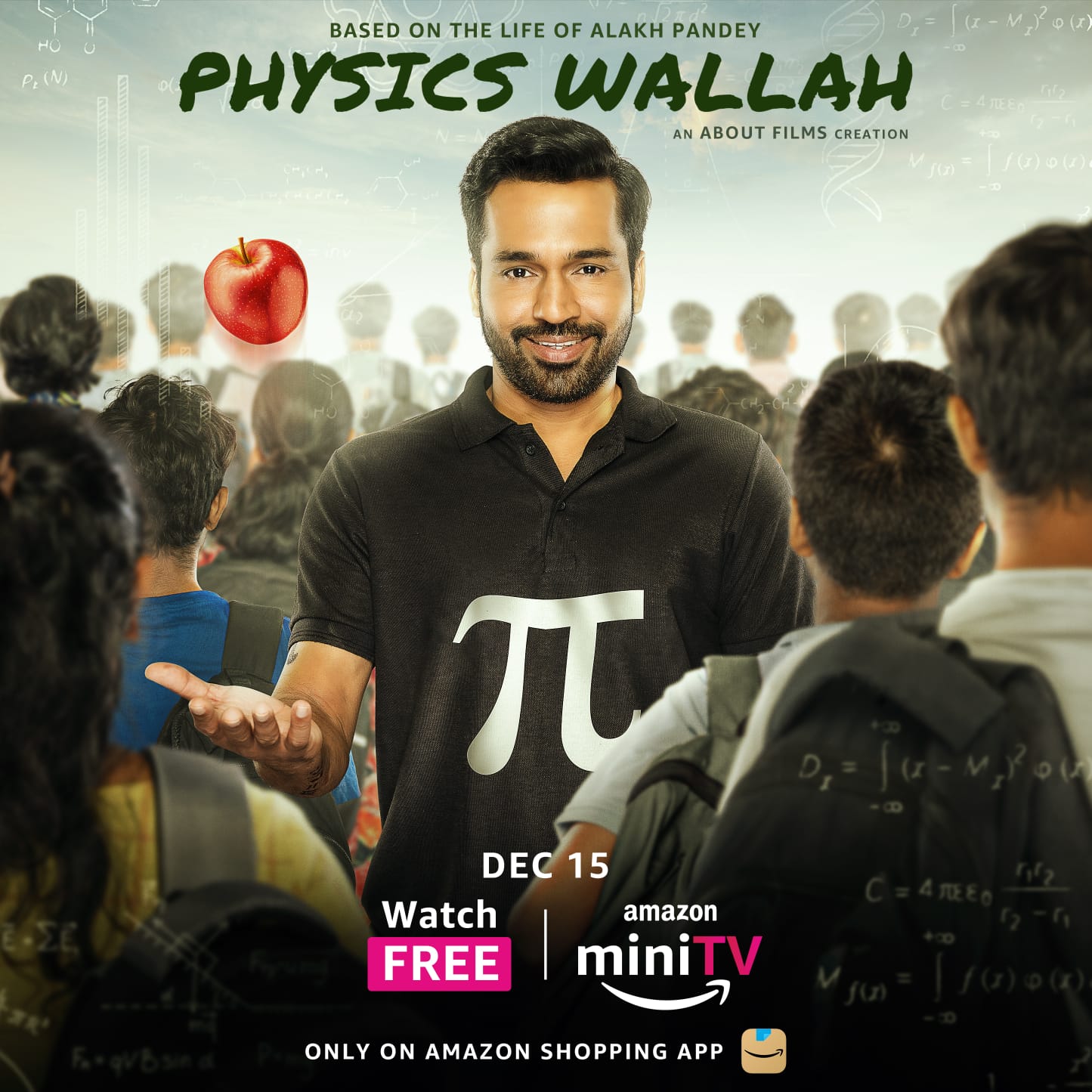 Amazon miniTV – Amazon’s free video streaming service, today unveiled a highly engaging trailer of their upcoming show Physics Wallah. Created by About Films and produced & directed by Abhishek Dhandharia, the show captures the journey of a teacher who brought a revolution to India’s education space. Featuring Shriidhar Dubey in the lead, playing a popular Edtech Guru, the show is set to stream on Amazon miniTV from 15th December for free.

The trailer gives a glimpse into the life of an extraordinary teacher (played by Shriidhar Dubey) as he sets his foot on a road to build an institution for students to learn physics even in the most remote areas of the country. He is seen as a strong-headed individual who is determined to build a platform that not only benefits children, but also changes the way education is perceived in the country. The trailer also gives a sneak peek into a viral video that changed his life.

“We often hear of biopics of sportspersons and freedom fighters, but the story of Physics Wallah based on the life of Alakh Pandey is unique and inspiring! This is a story of a teacher from Allahabad who successfully revolutionized education in India and we are sure that it will resonate well with audiences across the country. Physics Wallah embodies grit, and aspiration and we are excited to bring this inspirational story to our viewers on Amazon miniTV, said Girish Prabhu, Head of Amazon Advertising.

“Physics Wallah is a story that will always be one of those special projects for us. We are happy and fortunate enough to bring to the audience a story of a teacher who emerged as an Edtech Guru. Highlighting the struggles and hardships that the protagonist has gone through may serve as inspiration for those with entrepreneurial aspirations So, partnering with a streaming platform like Amazon miniTV, with such a wide userbase, was the right decision. We hope to have more such collaborations in the future,” said Abhishek Dhandharia, Founder of About Films.

So, get psyched to learn physics while you get inspired and entertained like never before. Physics Wallah is set to premiere on 15th December on Amazon miniTV within the Amazon shopping app, on www.amazon.in, and Fire TV for absolutely free!