Netflix recently held a grand premiere of The Gray Man in Mumbai which saw the presence of several prominent names from Bollywood. 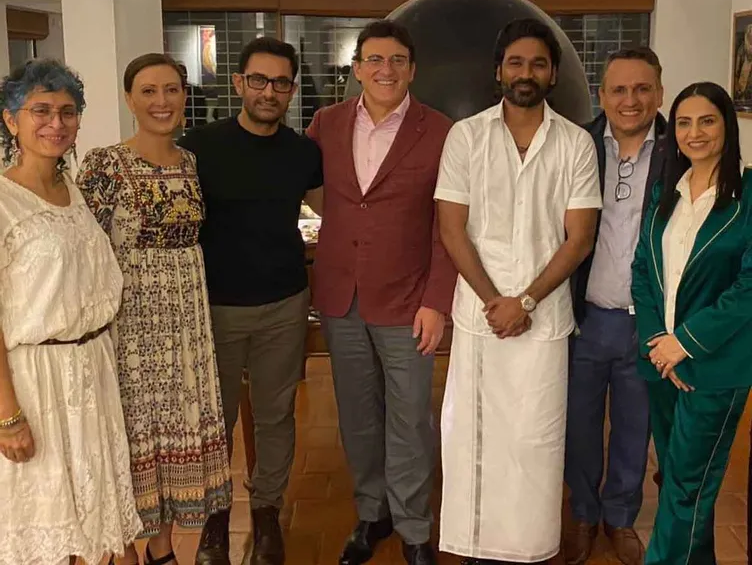 Aamir Khan hosts the team of The Gray Man at his home (Photo credit: Google Image)
Follow Us

Set to land on Netflix on July 22, The Gray Man is one of the most-talked-about films in recent times. The American action thriller has created a lot of buzz around the world. Indians are especially looking forward to the premiere of the film as it stars their beloved actor Dhanush who has proved his mettle time and again and has several awards and accolades under his belt.

The Gray Man is directed by the Russo Brothers, the duo behind such blockbuster MCU films as Captain America: Civil War, Avengers: Infinity War, and Avengers: Endgame. The two are currently in India to promote the film.

Netflix recently held a grand premiere of The Gray Man in Mumbai which saw the presence of several prominent names from Bollywood. Superstar Aamir Khan was also invited for The Gray Man premiere, but he could not make it due to his busy schedule. However, the Lagaan actor made sure to make it up to the Russo brothers and Dhanush. How? Well, he invited them and the entire team of The Gray Man for a dinner at his place. Khan’s ex-wife Kiran Rao also joined him in welcoming them.

If reports are to be believed, Aamir Khan served a traditional Gujarati dinner to his guests. The best chefs from various parts of Gujarat who specialize in preparing Gujarati delicacies were flown down to Mumbai to prepare the meal. The dinner was attended by Angela Russo, Anthony Russo, Dhanush, Joe Russo, Monika Shergill, and Ann Russo.