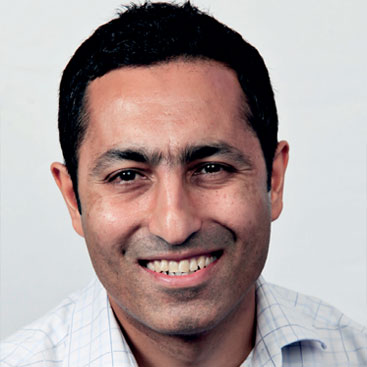 Sanjay Shabi began his career when he joined the multinational Zenith Media in 1990, fresh out of Watford HE College with a post-graduate diploma in advertising. His warm welcome there, not to mention the grounding he received, is something he remains grateful for.

By 2005 he was at another company, MediaCom, and after years of trying he had finally been given what he wanted. Having being promoted to Board Director, UK Investment, Shabi had now secured his own operation for trying to deliver to advertisers the growing BME consumer market. He called this new project CultureCom UK and it became the agency’s ethnic consultancy division.

“Most people are happy a big network agency is finally taking this area seriously,” he said at the time “But some niche ethnic media outlets have been a bit cynical.”

The story goes like this: in its unbridled worship of youth and concentration on conventional mass markets, the advertising industry and the media in general ignore several very large potential streams of revenue.

“Many media owners are fixated by selling their channel, rather than building a case for ethnic audiences,” he said. “To bring this to life a bit more, I remember as an Asian teen innocently cracking jokes like, ‘How come Asians are rubbish at football? Because every time they get a corner they open a shop!’ That’s not entirely true now.”

Shabi knew that untapped ethnic consumers, whose disposable income was rising every year were underserved by advertising. Technology was also improving, and the traditional mass marketing channels (TV, radio, newsprint), while powerful, had been blunt instruments as far as segmentation was concerned.

He decided to break the mould by turning the attention of a giant such as MediaCom towards the UK’s Asian and black population.

“The difficulty is in establishing how media