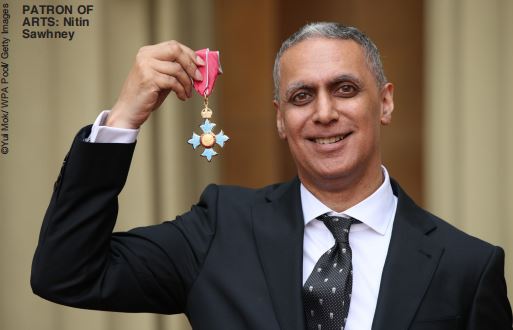 Nitin Sawhney, a musical polymath, wears many hats: of composer, producer, album artist, club DJ, songwriter, broadcaster, multi-instrumentalist, orchestrator, curator, lecturer and so on. He has collaborated with and written for leading names in music and scored extensively for films, television series, theatre, dance and video games.

Nitin has 11 studio albums to his name, and performed at several prestigious venues around the world, including the Royal Albert Hall, Hollywood Bowl and Sydney Opera House. An acclaimed flamenco guitarist and classical/jazz pianist, he transcends the cultural barriers within the musical world, and is equally admired among both the classical and pop communities.

Last year, he wrote 32 compelling tracks for Mowgli: Legend of the Jungle, the Netfilx film directed by Andy Serkis, capturing the terrified feeling of a boy in the jungle caught between the world of animals and the world of humans. For Nitin, who grew up in a Punjabi family in Rochester, Kent in the 1970s facing racist abuse on a daily basis – he was the only Asian in his class at school – this was a familiar ground.

As a boy he used to feel like an outsider, and the theme of an outsider figuring out his place in two changing worlds, is something Nitin can easily empathise with. Music was his means to socialise and overcome the vulnerability, and he explores themes of multiculturalism and spirituality in his music. He also uses his art to state his politics. Earlier this year, he waded into the Brexit mess in his unique way, with an interesting post-referendum oratorio featuring Andy Serkis as Theresa May.