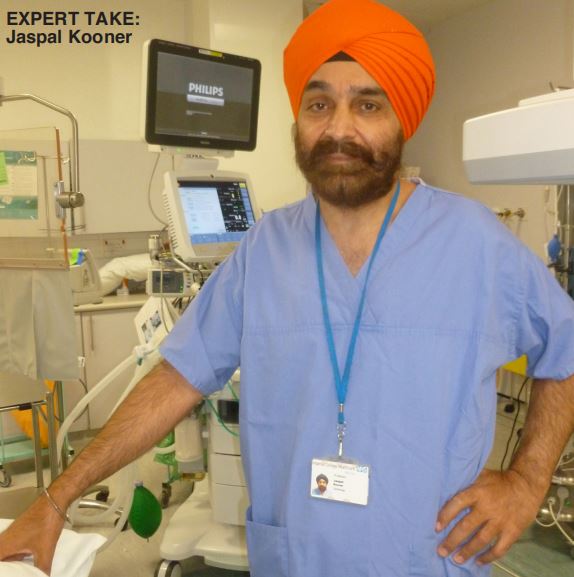 HEART surgeon Professor Jaspal Kooner has given a time for an interview at Hammersmith Hospital but at the appointed hour he is waiting by the lift to say he will first have to rush into theatre to deal with an urgent operation. It is just as well for the patient, a 61-year-old Asian man who is suffering from breathlessness, that he is in the hands of one of the most highly regarded cardiologists in the country.

Kooner, who was born in Kenya and came to Britain in 1968 at the age of 12, has done some 20,000 heart operations over the past 20 years and trained 200 cardiologists. At 63, the man who was voted “doctor of the year” for the whole of the UK as far back as 2004 and named by Tatler as one of Britain’s top doctors in 2013, now holds a number of senior posts: consultant cardiologist, Imperial College Healthcare NHS Trust, Hammersmith Hospital Campus; professor of clinical cardiology, National Heart & Lung Institute, Imperial College London; and consultant cardiologist, London North West Healthcare NHS Trust, Ealing Hospital Campus.

Actually, the patient he is operating on is a typical example of the health hazards facing the Asian community. It seems even if Asians don’t smoke or drink, eat sensibly and exercise adequately, the dice is still loaded against them. And most don’t observe the basic rules.Take, for example, this particular individual who is having a stent inserted in a blood vessel 90 per cent blocked with fatty plaque – “a bit like having lime scale deposits inside a pipe”.The man is question, informs Kooner, “has Type 2 diabetes, is obese, is a nonsmoker,