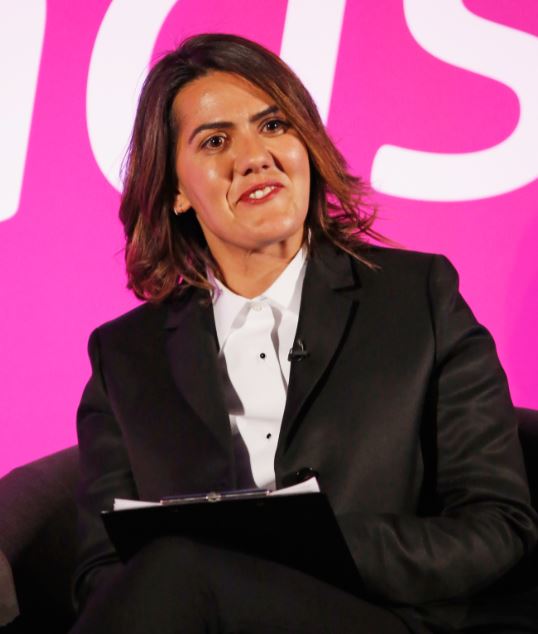 “When you have an Asian father, the options are doctor, engineer or lawyer. The fourth option is failure,” says Farrah Storr, who by that definition is certainly a failure.

Yet instead she is a very smart, very successful cookie. A Salford lass, the third child of four via Amritsar and Pakistan on her dad’s side of the family (he started off with a corner shop and ended up a property developer), and an English mother trying to work as a teacher: “The concept of the ‘juggling’ mother is a cliché now, of course, but juggling was exactly what my mother did,” she recalls.

“It was a little like East is East … People still used the word Paki so I shied away from my Asian roots. It was only when I was into my 20s that I embraced being mixed race.”

Farrah headed south after Bury girls’ grammar school and the local college for A-levels – because she could mix with boys there – to Kings College London, before launching her assault on the world of women’s mags, working on Good Housekeeping, Eve, Glamour, Marie Claire and Top Santé.

“I am a print person at heart. My interest is in human stories,” Farrah says; and more specifically, “I’ve always been interested – this is going to make me sound terribly pervy – in people’s sex lives, because I think you find out a great deal about people through that.”

In July 2015 she was made editor of Cosmopolitan magazine, three years after joining the Hearst organisation to launch Women’s Health on a shoestring. “Incredibly small team,” she remembers. “We’re talking like, you know, three people in a room.”

Farrah immediately began to revamp Cosmo, getting rid of the sex-technique features she saw as old-fashioned – remarking, memorably, that “In a